It’s never been easier to start an exchange-traded fund — or so it seems.

Just ask the two wannabe asset managers who are planning new funds by themselves, away from the third-party ETF expert they previously relied upon to usher them through the arcane process. And they aren’t alone. With regulators set to remove red tape around getting funds to market, flying solo is now a viable possibility for even the smallest of issuers.

The simplification of bringing a fund to market presents one more challenge for so-called white-label firms, which make their money guiding industry newbies into the $3.6 trillion ETF marketplace.

More assets are invested in U.S. ETFs than ever before 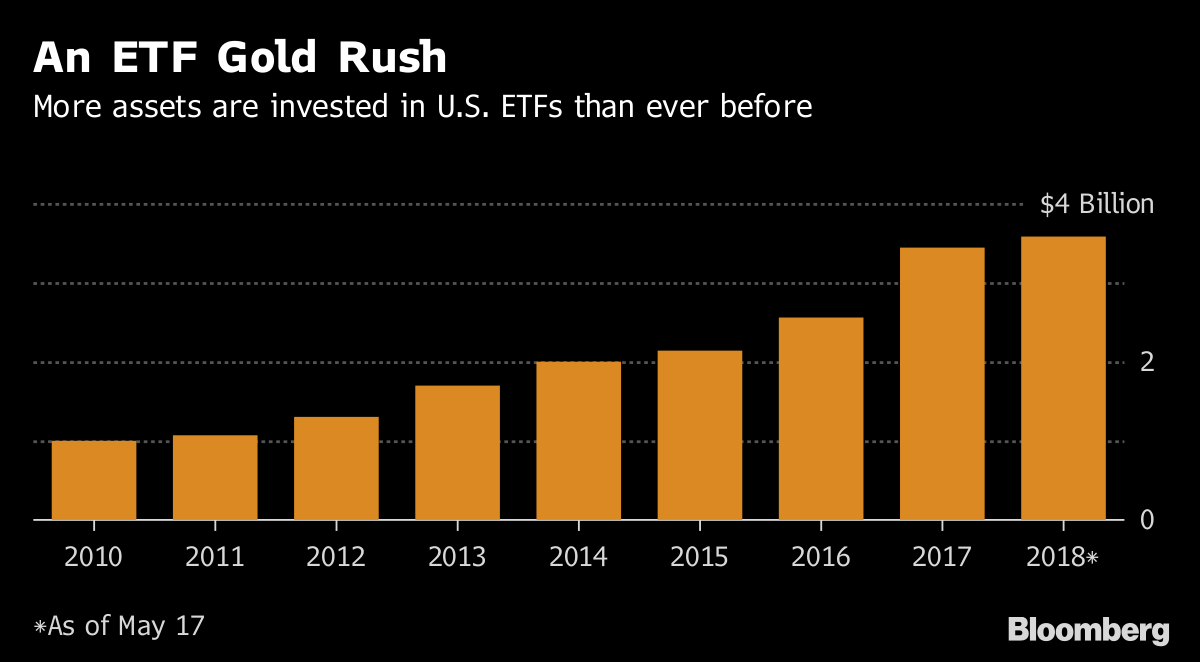 White labels gained traction after the financial crisis as a means for start-ups to take on the mega money managers that dominate ETFs. But the legal battles surrounding one of these providers, ETF Managers Group, have cast a pall over the business in recent years. And now, with a rule on the way to streamline the way funds are approved — a process known as “exemptive relief” — expert issuers are changing up their business models.

“It’s really no longer about simply the speed of exemptive relief or saving some legal fees,” said Phil Bak, chief executive officer of Exponential ETFs, which sells its own funds and selectively acts as a white label. “What’s more impactful to potential firms is having that expertise in house, on their team, on day one.”

Many of the first white labels were born when their own funds shuttered. These companies, which had already secured regulatory approval to sell ETFs, discovered newcomers would happily pay a fee to use their exemptive relief. It gave them a new lease of life, and aspiring asset managers were able to bypass a wait of a year for their own approval while saving $1 million or more in legal fees.

No longer. Recent issuers estimate that gaining relief now costs as little as $15,000 in administrative and legal fees. And EquBot, a San Francisco-based firm, heard back from the SEC about its request to start an ETF in just five weeks. The company now plans to sell an ETF built using artificial intelligence.

“I don’t really think that the old school white-label market of ‘I can do it cheaper’ can survive,” said Mike Venuto, chief investment officer of Toroso Investments, an ETF consultant, asset allocator and index provider.

EquBot had previously worked with ETF Managers Group, better known as ETFMG, to list an AI-based ETF. Andrew Chanin, who helped set up HACK — the cyber-security ETF at the heart of legal action against ETFMG — meanwhile intends to issue ETFs from a new company called ProcureAM that he’s formed with industry veteran Bob Tull.

New regulations that are expected to be released for comment by October will likely make fund issuance even easier. The so-called ETF rule is set to scrap the need for new sellers of plain-vanilla ETFs to approach the Securities and Exchange Commission for exemptive relief from the Investment Company Act of 1940. This will further cut both the time and money needed to start an ETF.

“Exemptive relief aside, it will take you a year to set up the infrastructure to launch an ETF on your own,” he said. “We’ve made it look easier than it is.”

That infrastructure includes establishing an investment trust to house the fund, setting up a board of directors and getting essential service providers — like a custodian, lead market maker and the authorized participants that create and redeem ETF shares — lined up, ETC’s Stevens said.

It’s this command of the wider ETF ecosystem, not regulatory approval, that white labels will rely on going forward.

White labels still seem to offer some value to those who previously used ETFMG. In addition to proprietary funds, Chanin’s new venture encompasses a white label for sponsors that want to directly pay service providers, according to Tull. And EquBot will use U.S. Bancorp’s investment trust for its new fund alongside its own exemptive relief.

“They definitely have to redefine what they’re bringing to the table,” he said. “But after I look at what they do for us, I really don’t want to take that on. For us, at our size, it still makes a lot of sense.”