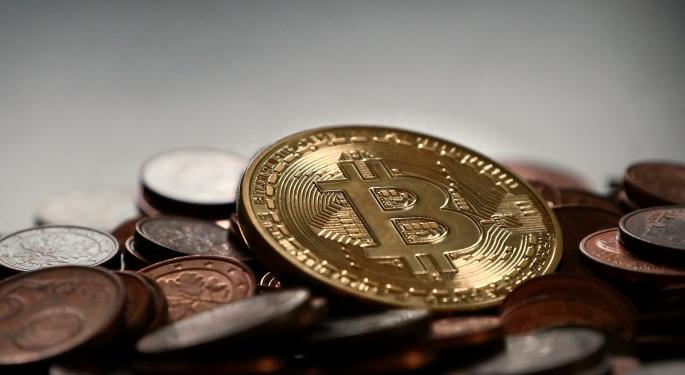 Bitcoin has made huge inroads in the financial world, and mainstream audiences are beginning to realize that blockchain technology will radically transform entire industries. While Bitcoin is a highly-secure form of digital money, many potential investors are sitting on the sidelines watching all the volatility that cryptocurrencies are famous for.

It's a new Wild West. And because most investment capital are held by people age 60 or older, there's a strong bias towards wealth preservation and stable returns, not speculation and steep upswings or downswings.

In early 2010, Bitcoin traded for pennies on the dollar. Earlier this year, its value had reached $1,000 and it now trades for more than $9,500. Its historic rise in valuation makes it, in the eyes of many, a legit alternative investment. But there remains the concern of volatility that diversification can solve.

One startup wants to consolidate the top six cryptocurrencies into a single index fund type of token called Aggregated Coin (AGRE). With AGRE, investment capital is allocated towards Bitcoin, Ethereum, Bitcoin Cash, Ripple, Litecoin and Dash — all the heavy-hitters that comprise most of the $250 billion in market capitalization of all cryptocurrencies.

How have these bell-weather cryptos performed over the past year? Nearly 800 percent since October 2016, according to the founders. Their initial coin offering (ICO) launches on December 1st.

The concept is simple: Avoid placing your eggs in one basket. Rather, bets are made on a segment of the crypto market, in this case the top six coins. And gains are made in a bullish environment. There's an element of wealth preservation when an investor diversifies because losses from any single coin can be absorbed by gains from other holdings.

The same group is launching a second ICO, also on December 1st, but Upstart1k (UP1K) focuses on 130 coins, 130 tokens and various ICOs. UP1K aggregates small-valued coins into one centralized portfolio — like an index fund for promising cryptos. It removes the need to research each coin because the team will conduct the due diligence and place bets on behalf of investors.

Bitcoin now has a market cap approaching $140 billion, and it's safe to say that the digital cash has overcome immense resistance from skeptics, from academia to Wall Street gurus. But other blue-chip coins such as Ethereum, Dash and others are also showing potential for break-out valuations. Many people have lost faith in an economic system that led to the 2008 Financial Crisis, and a crypto industry with over $250 billion in market capitalization shows a willingness by investors to seek alternative investments that preserve and create wealth.

You probably know friends and family who are looking for the next Bitcoin — it's like the new Holy Grail. But since BTC's rise, thousands of other coins have emerged to compete for attention, and market share. Index funds in the crypto space are being introduced so people can ride gains in the sector as a whole. With so many tokens sprouting up, it can be difficult to predict if or when lightning strikes again.