Cara Therapeutics (NASDAQ:CARA) was a highflier one year ago. But then the biotech announced disappointing results in June 2017 for its lead candidate, CR845, in a phase 2b study targeting treatment of pain in patients with osteoarthritis (OA) of the knee or hip. Since then, Cara stock is down more than 50%.

But some Wall Street analysts thinkthat Cara will make a dramatic comeback. Canaccord Genuity analyst Arlinda Lee recently set a one-year price target for the stock of $21 — close to 80% higher than Cara’s current share price. Earlier this month, Needham maintained a price target of $23, nearly double the stock’s current level. Why are these analysts so bullish about the beaten-down biotech stock? 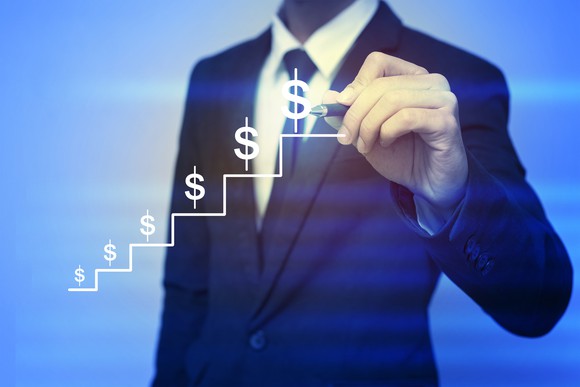 While the disappointing results for CR845 in treating OA pain was a big blow for Cara, the biotech was already moving forward in what could be a more promising area. Around three out of five patients on hemodialysis experience a serious itching condition called chronic kidney disease-associated pruritis (CKD-aP). However, there is currently no Food and Drug Administration-approved drug for treating this condition.

Cara is evaluating an injection of CR845, also known by its brand name Korsuva, in a phase 3 clinical study targeting treatment of CKD-aP in patients on hemodialysis. The biotech is also conducting phase 1 and phase 2 clinical studies of an oral version of the drug in treating CKD-aP patients who are both on and not on hemodialysis.

Cara Therapeutics has an opportunity to carve out a niche market for itself in treating CKD-aP and CLD-aP if CR845 is successful in clinical testing. Wall Street analysts are counting on positive results. Their optimism stems from how well the drug performed in a phase 2 study of CKD-aP patients on hemodialysis. Patients receiving a 0.5 microgram per kilogram dose of CR845 had a 68% reduction in itch intensity. They also reported significant improvements in key quality-of-life measures.

There are two catalysts right around the corner that could help put Cara stock back on track. The biotech expects to announce top-line resultsby the end of June from the phase 1 study of oral Korsuva in treating CKD-aP patients not on hemodialysis. These results are very important for Cara, because there are many more patients with CKD-aP who aren’t on hemodialysis than there are who are on it.

The other potential catalyst doesn’t relate to pruritis. Cara plans to announce results within the next few weeks from its phase 3 study of an intravenous version of CR845 in treatingacute post-operative pain in patients undergoing abdominal surgery.

Cara hasn’t emphasized the pain indications very much since the phase 2b failure last year. The company has definitely shifted its focus to pruritis. However, if the upcoming phase 3 results in post-operative pain are positive, expect Cara to move aggressively to line up a partner to seek regulatory approval and market CR845 in the pain indication.

Are the bulls right?

Are the bullish analysts correct in projecting that Cara stock will come close to doubling over the next year? I think they could be. CR845 looks especially promising in the CKD-aP indication.

However, I’ve cautioned before not to get too greedy with Cara stock. The biotech still faces plenty of risks. The likelihood of success in the phase 3 post-operative pain study is pretty iffy, in my view. Even though Cara has prioritized pruritis over pain, another setback would take a toll on the stock.

I think buying a small position in Cara Therapeutics stock could pay off in a major way over the long run. But while I don’t believe in timing the market, I’d be hesitant to buy Cara until after the results from the pain study are announced. Though Cara stock might nearly double over the next 12 months, that doesn’t mean it won’t go down more before then.