The gain in Tesla(NASDAQ:TSLA) stockon Monday morning, following the company’s announcement of its first-quarter vehicle delivery and production figures, proved to be short-lived. Not only did the stock end up a few percentage points lower by the time the market closed yesterday, but shares also fell even more sharply on Tuesday.

Tesla stock fell as much as 7.6% on Tuesday as investors and analysts questioned whether the company’s surge in Model 3 production is sustainable or not. At the time of this writing, Tesla stock is down about 7.2%. 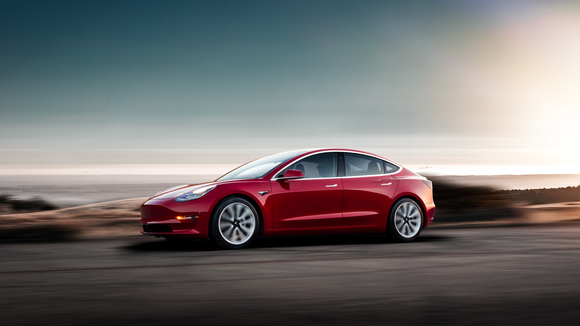 On Monday, Tesla announced that it had hit its important Model 3 target:producing 5,000 in a single week. But several analysts have expressed concerns since the update, suggesting the Street isn’t buying into Tesla’s ability to keep up its recent progress.

Goldman Sachs analyst David Tamberrino, who reiterated a sell rating on Tesla stock, voiced several concerns after the report. He said (via CNBC) that the 18,440Model 3 deliveries during the quarter were below his “bearish estimates…” In addition, Tamberrino noted that Tesla’s mention of 420,000 reservations for Model 3 represented the first time Model 3 reservations had declined.

Meanwhile, the news media has questioned whether Tesla’s end-of-the-quarter production push was just an unsustainable sprint. For instance, Tesla reportedly had to borrow workers from its Model S and Model X lines, and push Model 3 vehicles ahead of the two flagship vehicles for painting in order to hit its Model 3 production target, according to Reuters.

It’s worth noting, however, that Tesla did seem to sustain its Model S and X production rate of about 2,000 vehicles per week during the last seven days of the quarter. During this time frame, Tesla produced 1,913 Model S and X vehicles.

Looking ahead, investors will want to see whether or not Tesla can sustain its vehicle production at this level. Investors will likely get an update on the automaker’s business early next month, when Tesla typically reports its second-quarter results. The automaker has said it will need to sustainably build Model 3 vehicles at a rate of 5,000 units per week or higher in order to achieve profitability.

Tesla now has its sights set on a production target for its Model 3 of 6,000 units per week by late August.