The stock market finished the week on a quiet note, with most major benchmarks closing slightly lower on the day. Investors went into the weekend trying to navigate a series of geopolitical and macroeconomic issues, but many market participants focused on the big plunge in the oil market, where crude prices dropped $3 per barrel to fall below the $68-per-barrel mark. Even with trading activity slow preceding the holiday weekend, good news sent shares of some companies higher. Roku (NASDAQ:ROKU), Shoe Carnival (NASDAQ:SCVL), and Quality Systems (NASDAQ:QSII) were among the best performers on the day. Here’s why they did so well.

Roku gets a reversal of fortune

Shares of Roku climbed 7% after positive comments from a former skeptic of the company prompted speculation that it could become a takeover target. Short-selling specialist Citron Research did an about-face on Roku, stating that it had reversed the short position it had taken on the over-the-top streaming specialist and now believes that the company trades at an attractive discount to peers in the industry. The move comes after Roku has made an important strategic shift, de-emphasizing its hardware business in favor of promoting its platform of content. With an attractive valuation, Citron now believes that Roku could gain attention from streaming giant Netflix, and that has shareholders excited about Roku’s prospects going forward. 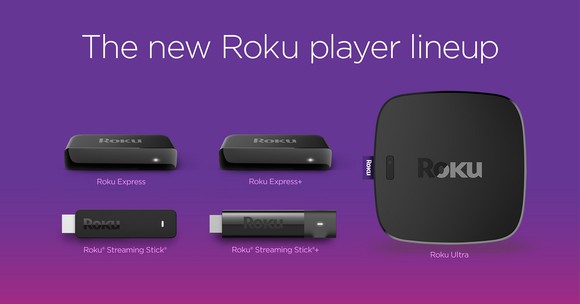 The shoe fits at Shoe Carnival

Shoe Carnival stock soared nearly 21% in the wake of the release of the company’s first-quarter financial report. The footwear retailer built on past positive momentum, saying revenue rose almost 2% on a 1.3% rise in comparable-store sales, and earnings jumped more than 70% compared to the previous year’s first quarter. CEO Cliff Sifford attributed the gains to “the continuation of a strong athletic and ath-leisure trend as well as solid sales results from our spring footwear categories,” which overcame poor weather early in the period to pick up as warmer temperatures prevailed. Shoe Carnival increased its earnings guidance for the full fiscal year, and it believes that it can take full advantage of favorable industry trends well into the future.

Finally, shares of Quality Systems closed 13% higher. The provider of healthcare-related software and information technology services had mixed results in its fiscal fourth-quarter financial report, with revenue inching higher by about 3%, but adjusted net income falling by roughly 20% from year-ago levels. Yet CEO Rusty Frantz was optimistic about the company, as the prospects for its NextGen Healthcare product suites appear to be extremely strong. Initial fiscal 2019 guidance on sales and earnings was also encouraging, and investors have high hopes that the company’s exposure to the booming healthcare IT sector will pay off with long-term profits.