A week after Mattel (NASDAQ:MAT) stock surged on a better-than-expected fourth-quarter earnings report, the stock was giving up much of those gains after Mattell issued 2019 guidance today at the New York Toy Fair. The toy maker said it expected flat gross sales in constant currency for the year, and said weakness in its Thomas & Friends and American Girl brands would weigh on performance. 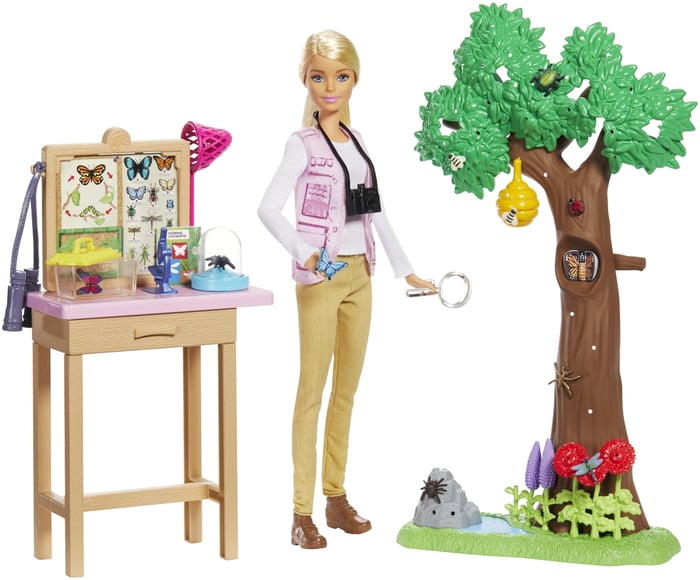 In a presentation at the industry’s biggest annual gathering, Mattel CFO Joe Euteneuer said that first-quarter sales would decline as the company laps the Toys R Us bankruptcy, sees a slight sales decline in China, and faces the effects of a strong dollar. Euteneuer also noted that Easter was shifting into the second quarter, bringing toy sales with it. The company said the Barbie and Hot Wheels brands would continue to grow, but momentum would ease from last year.

In the second quarter, the company saw sales momentum picking up with the release of Toy Story 4 and Jurassic World, and said there were no meaningful year-over-year comparisons for the second half of the year.

On the cost side, it said it would save at least $278 million more on expenses including input costs, marketing, and selling, general, and administrative costs as it continues to implement a multiyear cost-cutting program.

Finally, the company sees gross margin improving from 39.8% to the low 40s, and projects a slightly positive adjusted operating profit, up from a loss of $115 million last year.

Mattel’s forecast compares unfavorably with the analyst consensus of 3.9% revenue growth to $4.61 billion. On the bottom line, analysts saw the company posting an adjusted profit per share of $0.05 after a loss of -$0.84 in 2018. Though Mattel didn’t provide earnings per share (EPS) guidance, its expected $190 million in interest expense is sure to negate its slight adjusting operating profit, leading to a bottom-line loss.

Though the company continues to tout the potential of its intellectual property in things like movies, games, and TV shows, the numbers speak for themselves. It’s not a surprise to see the stock diving with the company’s forecast.