Shares of CalAmp (NASDAQ:CAMP) climbed 10.8% in January, according to data from S&P Global Market Intelligence, both as the broader market rose and following an analyst upgrade.

On the former, the S&P 500 soared 8% last month, rebounding after a particularly difficult end to 2018. Viewed through that lens, at least, we can see CalAmp’s simultaneous rise wasn’t technically much more pronounced. But the machine-to-machine communications specialist did receive some encouraging words toward the end of January from J.P. Morgan analyst Paul Coster. 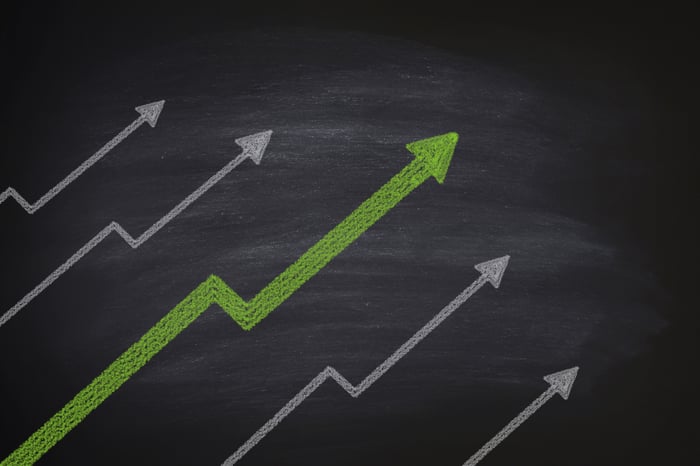 More specifically, on Jan. 24 — and keeping in mind that CalAmp shares were still reeling from a steep post-earnings drop in December — Coster upgraded CalAmp stock to “overweight” while leaving his $17-per-share price target intact. To justify the upgrade, the analyst pointed to a combination of CalAmp’s valuation and his belief that the company will soon resolve operational challenges that held back the business as it continues to diversify its supply chain away from manufacturers with facilities in China.

Indeed, during last quarter’s conference call with analysts, CEO Michael Burdiek pledged that the company was “taking steps to address [its] operational challenges” and insisted they remained well positioned for longer-term growth.

If CalAmp’s past reporting schedule is any indication, however, and assuming we don’t receive a preliminary earnings announcement in the next couple of months, investors will need to wait until late April for their next update to those ends. But given CalAmp’s plunge at the end of 2018, it was hardly surprising to see the stock rising as some investors anticipate better days ahead.