Bitcoin (BTC) prices have dropped 51.15% in Q1 2018, but one Bitcoin bull proclaimed the sell-off could be over. Thomas Lee, head of research at Fundstrat Global Advisors, believes that the price drop was thanks to tax season. 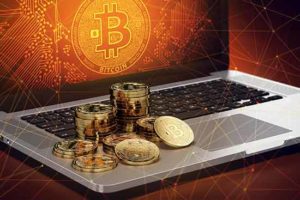 According to his April 5 report, U.S. households likely owe $25 billion in cryptocurrency capital gain taxes. To pay it off, Bitcoin holders have likely been selling off some of their coins since the start of 2018.

In addition, the crypto analyst believes exchanges have been unloading their cryptocurrency holdings.

“Many exchanges have net income in 2017 [of more than] $1 billion and keep working capital in [Bitcoin, Ethereum], not USD – hence, to meet these tax liabilities, are selling BTC/ETH,” Lee said in his research report.

The head of research at Fundstrat projects for each U.S. dollar of outflow, there is a $20 to $25 impact on the value of the cryptocurrency market.

With people either selling or just holding onto their coins, there’s been less demand, which has sent prices spiraling.

Stunning: New Innovation Will Be Like “Adding Twin Turbos to the Bitcoin Engine” – and Could Send Its Price to $100,000. Learn More…

However, that estimate may be too conservative…

The Shocking Reason Why We Think Bitcoin Could Hit $100,000 (and How You Could Make Millions)

Money Morning Defense and Tech Specialist – and cryptocurrency legend – Michael Robinson just revealed the little-known details regarding the future of Bitcoin… and why at any moment, it could be poised for a record-breaking rebound far beyond anything we’ve witnessed already.

Michael made a prediction about Bitcoin way back in 2013 – and folks who followed his advice stood to become 253 times richer.

We’d venture to say not one in 10,000 people is aware of the massive profit potential unfolding right now.