Vale SA, once the most generous dividend payer among major mining companies, may be poised to regain that status with its chief executive officer nearing debt targets and unwilling to hoard cash or rush into deals.

Like others in the industry, the biggest producer of iron ore and nickel cut dividends to defend against a commodity downturn that eroded profit and pushed up debt metrics. With prices recovering as supply gluts ease, producers are once again rewarding shareholders. In March, Vale approved a plan to begin paying at least 30 percent of earnings before items minus sustaining investments. For the first quarter, that meant $1 billion.

But the new policy sets out minimum payments, meaning Vale can go far beyond what the formula lays out, CEO Fabio Schvartsman said in an interview Friday from Bloomberg headquarters in New York. And once Schvartsman reaches his $10 billion debt target later this year, he’ll focus on shoveling out more cash to shareholders.

“For the time being, we are not going to use cash for anything else other than paying a lot of dividends,” he said. “Minimum according to the policy, but possibly much higher than that.”

Vale, which just two years ago rivaled Glencore Plc as the world’s most indebted mining company, has lowered net debt more than any other major rival in the past year. That’s partly thanks to a shift toward new high-quality iron deposits in northern Brazil at a time of rising demand from Chinese mills seeking to boost profit and limit emissions.

The prospect of lower debt and higher dividends has helped fuel a doubling of Vale’s shares in the same period, more than twice the gains of its main iron competitors, Rio Tinto Group and BHP Billiton Ltd. The company has also been divesting assets and reducing high-cost output after a deal spree and subsequent price downturn drove up leverage.

Now Schvartsman is holding off on major investments at nickel mines in Canada and New Caledonia to avoid the mistakes of the past. That’s good news for shareholders seeking greater immediate benefit from the industry’s recovery.

“Cash allocation is everything in this industry,” he said. “I don’t want to have cash in the company because it pressures everybody into the wrong decision.” 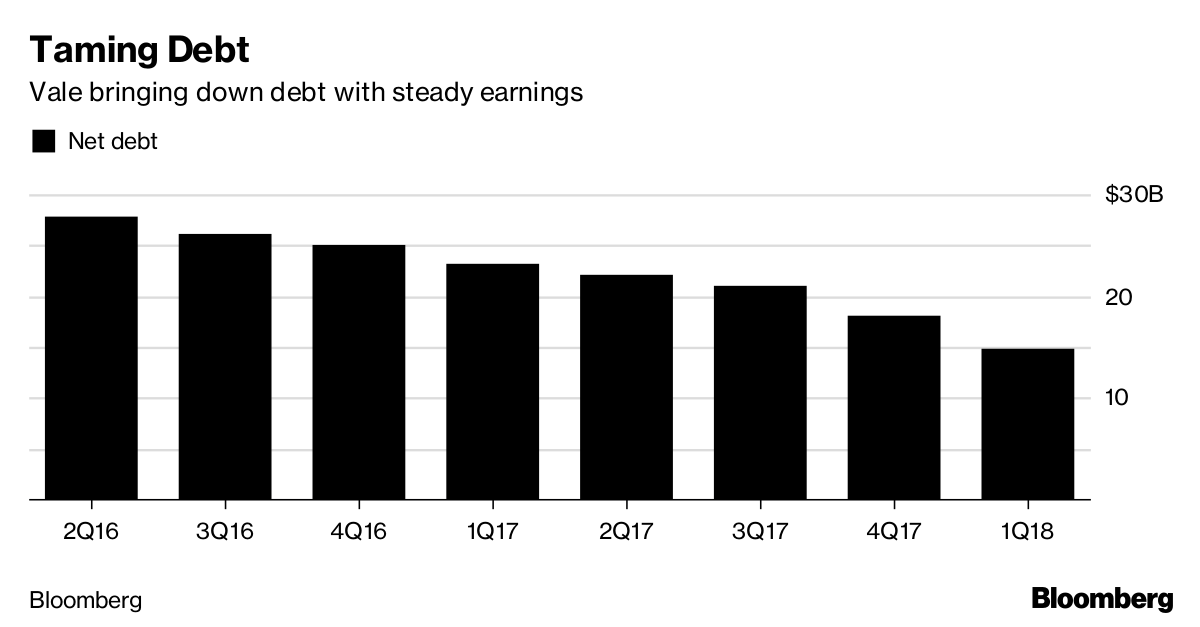