Growing up in Terry, Mississippi, Sheena Allen didn’t spend much time in banks.

The small town, located 17-miles south of Jackson, only had one bank branch (and still does). Much of the community got by without ever having accounts, including Allen’s grandmother and great grandmother. They relied on fee-heavy solutions like payday loans and check cashing services.

Allen, a 29-year-old app developer, hadn’t given much thought to the issues associated with not having a bank account until she came home for the holidays in 2015. She noticed how the people who still rely on non-traditional banking lose money on interest and fees for cashing checks, reloading prepaid cards, and borrowing and lending money. Without a bank account, they had difficulty establishing credit scores, buying homes, and saving for the future.

After years of living in a few large US cities, she unexpectedly found her biggest business idea back where she started.

In 2016, she started working on CapWay, an online banking and financial literacy app that aims to help the unbanked, underbanked and people living paycheck to paycheck. 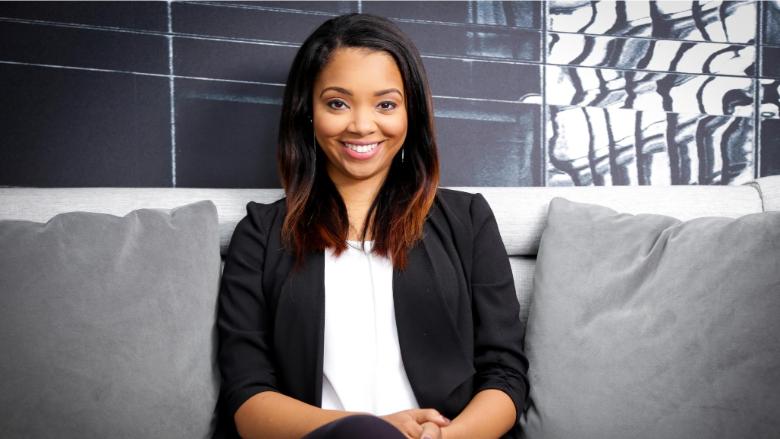 Users can connect existing accounts to the app or get a pre-paid card from CapWay, which Allen says will have a lower rate than most other cards currently available. It will make custom suggestions based on an individual’s spending habits, such as pointing them to a state-run program that can help renters become homeowners or telling them how to avoid overdraft fees. The ultimate goal is to change behavior and transition users to a proper bank account.

Although anyone can use the app, it is targeted toward Millennials who aren’t yet set in their ways to “stop them from going into a cycle that’s really hard to get out of,” she said.

CapWay is still in the testing phase. It will first roll out to iOS, Android and mobile web users in Mississippi, which has the highest population of unbanked and underbanked residents. When it launches nationally later this year, CapWay will partner with schools, employers, financial institutions and community organizations in the South to reach the people who need it.

Allen says the company will make money off paid partnerships, fees from pre-paid cards, and sponsored content and advertising.

Allen says CapWay is making sure its educational content easy to understand and tailored for its audience.

“In the end, education and understanding money along with giving them to tools to put that education to use will be the shift. You can’t give people one part and not the other and expect to see a big change,” said Allen.

Black and Hispanic households are much more likely to be unbanked or underbanked, according to the Federal Deposit Insurance Corporation (FDIC). A survey conducted by the organization in 2015 found more than 15 million US adults get by without any type of bank account. Meanwhile, financially underserved people in the US spent $173 billion in interest and fees in 2016, the Center for Financial Services Innovation reports.

According to John Thompson, chief program officer at the Center for Financial Services Innovation [CFSI], access is becoming less of a hurdle for the unbanked, thanks to options such as pre-paid cards, payroll cards, traditional banks making their services available online and apps.

“Apps on mobile platforms have a real opportunity for impact not just in getting consumers access to services, but more importantly, for helping improve their outcomes when using those services,” said Thompson.

Allen has been making apps since her senior year at the University of Southern Mississippi, where she studied film and psychology. She designed her first app, a tool for organizing receipts, in Microsoft Word.

She fell in love with the app development process and went on to make a number of other apps. Her app Words on Pics allowed users to overlay text on their photos now a popular Facebook, Snapchat and Instagram feature. TwtBooth collected images from Twitter in one spot (Twitter launched this as a feature less than a year later).

With four employees and $125,000 in funding, CapWay is a bigger undertaking. Allen went through an incubator in New Orleans called PowerMoves and received additional funding from Liberty Bank, the second largest African American-owned bank. She also raised money from Backstage Capital, a Silicon Valley VC firm focused on underrepresented founders.

Other startups and even large companies like Walmart and Amazon are targeting the same market. But Allen thinks she has a unique advantage.

What’s different about her startup, she says, is it’s run by people who understand the real people who struggle with being underbanked.