If there’s a single benchmark that more investors worldwide follow than any other, the Dow Jones Industrial Average (DJINDICES:^DJI) would have to be the leading candidate. With more than a century-long history of tracking the soaring U.S. stock market, joining the Dow has become a rite of passage for the strongest, most prominent companies in the country.

One reason why the Dow has so much prestige is that those who oversee the average don’t make changes to its 30 components very often. Yet from time to time, circumstances warrant that one company should replace another. It came as little surprise to those who’ve followed the struggles that industrial conglomerate General Electric (NYSE:GE) has dealt with recently that S&P Dow Jones Indices chose to replace it in the Dow. Yet what was less expected was its choice for a replacement: Walgreens Boots Alliance (NASDAQ:WBA), the leading operator of U.S. retail drugstore locations. 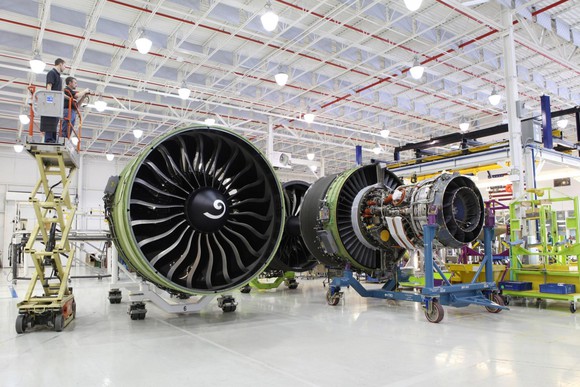 GE will no longer be part of the Dow. Image source: General Electric.

Why General Electric got the boot

Given the difficulties that General Electric has seen in several of its core fundamental business divisions, many had foreseen a decision to take it out of the Dow Jones Industrial Average as inevitable. GE had made a strategic shift in the late 2000s and early 2010s away from the financial exposure that had caused it such trouble during the financial crisis back toward its industrial roots, and the conglomerate had chosen to emphasize then-hot areas like power and energy. Those investments proved to be ill-timed, holding back more promising opportunities for some of GE’s other businesses, including medical equipment in its healthcare division and the aircraft engines and other components it provides through its aerospace business.

The result was a slide in GE’s stock price that has thus far proven unstoppable. During 2017, General Electric stock lost 45% of its value, and shares have slid another 25% year to date despite the best efforts from company management to chart a viable course forward. With a price below $13 per share, GE’s influence on the Dow has become insignificant, with the price-weighted index getting just 0.36% of its overall value from the company.

S&P Dow Jones Indices did note the fact that GE was an original member of the Dow Jones Industrial Average from its inception in 1986. Yet in a press release, David Blitzer, S&P managing director and chair of the index committee overseeing the Dow, said, “Since then, the U.S. economy has changed: consumer, finance, healthcare, and technology companies are more prominent today.” With industrial companies being relatively less important, GE’s removal simply reflects changes in what drives economic growth between the 20th century and the 21st century.

Yet the real shock came from S&P Dow Jones’ choice of a replacement. Blitzer tried to tie the addition of Walgreens Boots Alliance as being in line with those shifting economic trends. In his words:

Walgreens is a national retail drug store chain offering prescription and non-prescription drugs, related health services, and general goods. With its addition, the DJIA will be more representative of the consumer and healthcare sectors of the U.S. economy. Today’s change to the DJIA will make the index a better measure of the economy and the stock market.

Many believed that the Dow would turn to the tech sector for an eventual replacement for GE. Most of the largest stocks left out of the Dow are either officially technology stocks or use technology so much in pursuit of e-commerce and other internet-based business goals that most people think of them as tech stocks. Yet the obstacle most of them faced was that their share prices were stratospherically high, making addition to the price-weighted Dow impractical.

Yet even if S&P had honed in on healthcare as a sector it wanted to emphasize further, some will question why Walgreens got the nod. CVS Health (NYSE:CVS) has nearly as large a drugstore chain network as Walgreens does, and in many ways, CVS has been more aggressive in pursuing acquisitions that have tapped into the high-growth potential from pharmacy benefit management. The company’s planned merger with health insurer Aetna will boost CVS’s size even further if approved, and even without it, CVS’s market capitalization was higher than Walgreens before the announcement.

Walgreens, though, has made moves of its own. Wholesale pharmaceutical distribution has been a focus area for the company, with the purchase of Alliance Boots in 2014 and its minority stake in AmerisourceBergen helping to expand its presence in that sector. Some believe that Walgreens could make a bid to buy the remainder of AmerisourceBergen, hoping that such a move could allow Walgreens to grow that side of the business more fully.

Keep your eyes on the Dow

The official change to the Dow will happen before the market opens on Tuesday, June 26, at which point official changes to the Dow divisor will be announced. Given Walgreens’ share price currently, the drugstore chain will likely be in the bottom 10 stocks in terms of weight, potentially contributing just under 2% toward the Dow’s overall value. That shouldn’t be a big shift, but it marks the latest in the incremental changes that have seen the Dow evolve over the decades.