Earnings season is well under way again. Several big drugmakers have already reported their latest quarterly results. Two companies that I was particularly interested in were Celgene (NASDAQ:CELG) and Bristol-Myers Squibb (NYSE:BMY), especially after the news in early January that BMS planned to acquire Celgene. 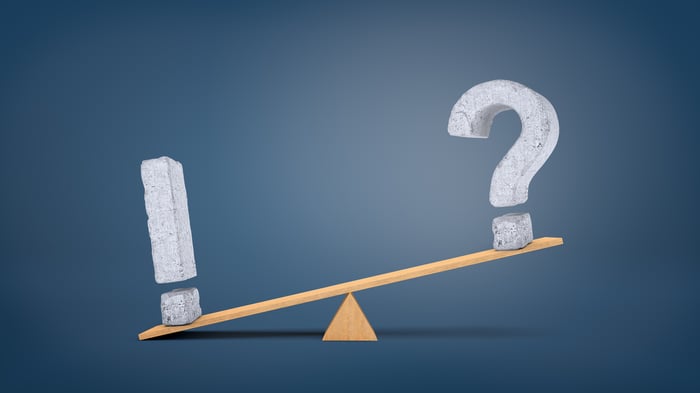 Numbers and beyond the numbers

We don’t have to delve into all of the details of the fourth-quarter updates from BMS and Celgene. Let’s just look at the year-over-year growth both companies reported in the quarter, along with their guidance for 2019.

Celgene handily beat BMS on top-line growth in Q4. The biotech also posted strong adjusted EPS growth. BMS performed even better on that front, at least for this one quarter. But the more important numbers to look at are the 2019 guidance figures. BMS doesn’t think it will be able to sustain its solid growth rates into 2019. Celgene thinks it will be able to do so.

What Bristol-Myers Squibb’s Q4 results don’t show is that sales for cancer drug Opdivo were flat compared with the third quarter. BMS President and Chief Commercial Officer Chris Boerner said in the company’s Q4 conference call that this lack of quarter-over-quarter growth stemmed from a couple of temporary factors. However, even adjusting for these factors, Opdivo’s sales grew only 3% from Q3 — slower than it has in the past.

The Q4 results also don’t tell the main reason why BMS stock fell. The company announced that it was delaying its FDA filing for a combo of Opdivo and Yervoy as a first-line treatment for advanced non-small-cell lung cancer in patients with tumor mutational burden of at least 10 mutations per megabase. BMS will now wait until final data from the CheckMate-227 study are available later this year.

Perhaps the most important comparison, though, is between the two companies’ pipeline updates. Those updates actually were quite similar because Bristol-Myers Squibb focused nearly as much on Celgene’s candidates as Celgene did. That’s because BMS’s late-stage pipeline looks sparse compared to Celgene’s.

We really don’t have to stack the Q4 results and 2019 guidance numbers for BMS and Celgene against each other to know that Celgene is doing just fine by itself, though. All four of Celgene’s blockbuster drugs continue to deliver solid growth. The company’s cash flow and cash position look great. And Celgene’s pipeline is loaded with potential winners, which is why BMS talked about it so much instead of its own experimental drugs.

But what about Revlimid?

The question that many might ask, however, is: What about Revlimid? Celgene remains heavily dependent on the blood cancer drug. Revlimid faces generic competition beginning in 2022. There’s also litigation with Dr. Reddy’s Labs in progress.

Celgene CEO Mark Alles stated in the biotech’s Q4 conference call that it’s “an unlikely scenario” that Revlimid will face generic competition before 2022. The company’s general counsel, Jonathan Biller, said the litigation with Dr. Reddy’s has gone as expected with no surprises.

Biller also mentioned that the judge overseeing the hearing has moved the case to mediation. In a mediation phase, the two opposing parties try to reach a settlement without going to trial. Celgene has already reached a settlement with Natco Pharma’s challenge to Revlimid. Alles said that “under the right circumstances we would be willing to engage in settlements.”

Bristol-Myers Squibb, by the way, also thinks Celgene appears to be on relatively solid ground in protecting Revlimid. BMS CFO Charles Bancroft stated in the company’s Q4 call that reviewed the confidential settlement between Celgene and Natco and believes that an early launch of a generic rival that would seriously threaten Revlimid has “a very low probability.”

Celgene’s strategy to address the eventual decline of sales for Revlimid is to launch a slate of new blockbuster drugs. To that end, Celgene Chief Medical Officer Jay Backstrom said the FDA submission for ozanimod in treating multiple sclerosis will be filed in July. FDA approval for fedratinib in treating myelofibrosis is expected by the end of this year. The company also expects approvals for luspatercept, bb2121, and liso-cel in 2020.

Alles said that “for Celgene shareholders, it’s quite clear how this unlocks and recognizes a lot of the value that the market has not assigned to us more recently.” Again, he’s right. However, note the last two words in that statement.

BMS is offering a deal that values Celgene at $102.43 per share. That reflects a nice premium above Celgene’s share price in recent months. But Celgene itself bought back shares at a higher price than that a little over a year ago.

Only one thing has materially changed for Celgene since then: the botched filing for ozanimod in early 2018. However, Celgene will file for what seems to be a slam-dunk approval in just a few months. The delay didn’t make the company worth significantly less.

Celgene’s management and board have come under such heavy pressure over the stock’s recent underperformance that the proper long-term perspective for the biotech has been lost, in my opinion. I strongly believe that Celgene’s share price would have fully recovered and then some as it launches exciting new drugs such as ozanimod and luspatercept and probably reaches another settlement on Revlimid.

The reality is that Celgene doesn’t need to be “rescued” by Bristol-Myers Squibb, certainly not at the current offer price. But I suspect that Alles and the rest of the folks running Celgene might have felt they needed to be rescued after the stock’s dismal performance over the past 18 months. If they focused less on “more recently” and more on the long term, I think Celgene shareholders would almost certainly be better off.