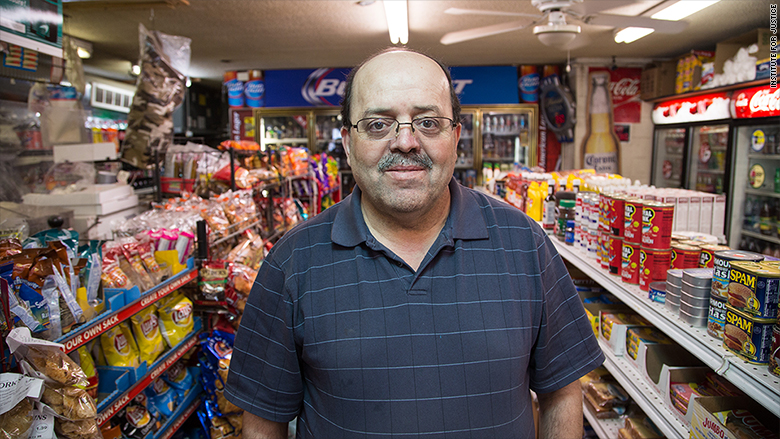 Now, after months of struggle, it looks like the North Carolina convenience store owner is finally going to get it back.

“We asked the IRS to do the right thing, and it did,” said Robert Everett Johnson, an attorney for the Institute for Justice, which took Quran’s case pro bono.

The IRS wouldn’t confirm or deny whether the case was resolved, citing federal privacy laws.

Johnson submitted a petition to the IRS asking that Quran’s life savings be returned. After hearing nothing for six months, Johnson sent a letter this week to IRS Commissioner John Koskinen, inquiring about the status of the petition.

“Ken is unsure how he will ever be able to afford to retire, as the IRS seized the entire bank account for his business,” Johnson wrote.

And the agency did so without ever accusing Quran of any crime.

Here’s how: Under federal bank “structuring” laws, the IRS may seize a person’s bank assets if it discovers a pattern of frequent transactions under $10,000. Banks are required to report cash transactions over $10,000 and it’s a crime if one tries to avoid that reporting by purposefully keeping all transactions below that amount.

The laws are intended to suss out drug trafficking, money laundering and organized crime or terrorist activity. But the IRS doesn’t need any evidence of wrongdoing before seizing the money.

The end result: Anyone who runs a cash business, such as a convenience store, a restaurant or a bar, can get snared even though they’ve done nothing wrong.

And people like Quran, 61, don’t know what hit them. His bank agreed to give him a $50,000 line of credit to keep his business running.

“I’m working every day, seven days a week. They don’t have a right to treat me like that,” he told CNNMoney.

The good news is that the IRS changed its policy in October 2014. It decided it would no longer pursue cases with a pattern of transactions under $10,000, if there is no basis to think illegal activity is involved.

The change of policy, however, is not legally binding, Johnson said. And it didn’t help resolve Quran’s case or other prior cases involving more than 600 people who had at least $43 million seized since 2007.

The Institute for Justice hopes that the resolution of Quran’s case will help others, like Maryland dairy farmer Randy Sowers. Sowers, whom IJ also represents, had $60,000 seized and the IRS has only returned half of it. He’s petitioned to get back the other half.