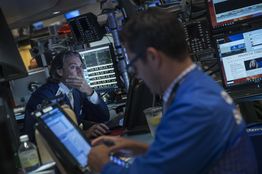 UBS economist Drew Matus and team believe the “July FOMC minutes may start the clock on a December hike.” They explain:

The July FOMC meeting statement marked the return of the risk statement as the FOMC noted that “Near-term risks to the economic outlook have diminished”, the first statement of risks since the FOMC noted that it “sees the risks to the outlook for both economic activity and the labor market as balanced” at the December 2015 FOMC meeting (the meeting the committee moved off of the zero bound).

We viewed the FOMC bringing the risk statement back as a sign that the FOMC is beginning to prepare markets for a rate hike later this year. A more passive interpretation would have it reflecting a simple acknowledgement that the impact the UK “leave” vote had on the US economic outlook was likely less than had been anticipated by the FOMC despite Chair Yellen having flagged that as a risk in her June post-FOMC meeting press conference.

If we are correct, it would suggest that July was the start of the clock for a year-end rate hike. We would expect Chair Yellen’s Jackson Hole speech next week to reinforce that view before the September FOMC meeting and press conference, with the September statement and projections confirming that a December rate hike was the most likely scenario. Alternatively, if the reinsertion of the risk statement was only filler to acknowledge events, it would be less indicative of future action. The July FOMC meeting minutes should show which of these interpretations is more likely to be correct and, consequently, which direction the FOMC is leaning towards year end.

Bespoke Investment Group notes that returns tend to be good when the S&P 500 is up for the year by the middle of August: