At first sight, it may appear Walmart’s (NYSE:WMT) performance under CEO Doug McMillon is lacking. Versus the greater S&P’s advance of 47%, shares of the Arkansas-based megaretailer have only increased by 15% under McMillon. There’s more to the story as McMillon has done an admirable job refocusing a company that had lost its momentum under prior CEO Mike Duke while repositioning the company for the future.

McMillon’s plans to reinvent the company were to address Duke’s biggest regret, conceding e-commerce to Amazon.com (NASDAQ:AMZN) and allowing it to become the second-largest company in the United States essentially unimpeded.It may go down as one of the biggest missed opportunities in the industry ever.

Starting with the purchase of Jet.com, Walmart has taken steps to pivot toward higher-growth e-commerce, no longer satisfied with conceding the market to Amazon. The latest announcement shows the continued Amazonification of Walmart. 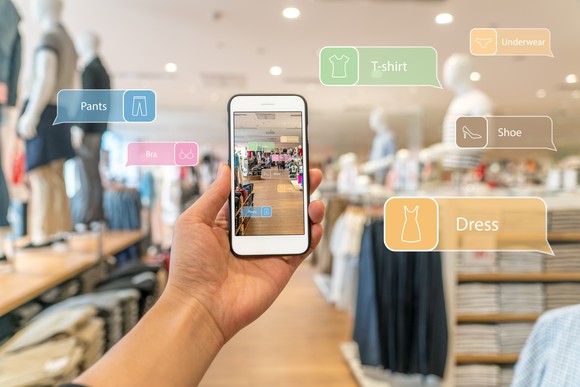 According to a report from the San Jose Mercury News, Walmart is looking to hire 150 technology workers in the Silicon Valley area for its Walmart Labs subsidiary. Walmart Labs has nearly 400 job openings, with most sounding more like positions at Amazon, including data scientist, cloud computing engineer, and streaming data engineer.

While Walmart has a long-term focus to compete with Amazon for the e-commerce market, the company will continue to be defined by its brick-and-mortar retail channel. However, Walmart is looking at using technology to wring out efficiencies from its 700 million square feet of U.S. retail space. The company’s Store No. 8 incubator recently purchased Spatialand, a virtual/augmented-reality company with an eye on improving the in-store shopping experience.

Legacy investors may have issue with Walmart’s new focus

The biggest issue Walmart has in its battle with Amazon is its shareholder base. Legacy shareholders purchased the company expecting a brick-and-mortar retailer, not a technology company. Even if Walmart’s largest group of shareholders — the Walton family — is on board with a tech-focused future, it may not be enough to offset the fears of value and dividend-oriented investors expecting steady returns, reliable capex spend, and seemingly prudent acquisitions — pretty much the opposite of technology companies.

Therefore, it’s likely Walmart will not be afforded the same latitude as Amazon. Amazon CEO Jeff Bezos has been able to defy the conventional rules of Wall Street by continuing to grow Amazon’s market capitalization even after decades of scant profitability. Only recently did Amazon become a reliably profitable entity after growing its high-margin Amazon Web Services cloud-computing division, which was widely considered a “moonshot” side business that took the focus off the company’s e-commerce business at its inception.

After the fourth quarter, Walmart’s stock price dropped approximately 10% on slower-than-expected digital growth and narrower margins; the company noted e-commerce costs and adverse product selection as reasons for the narrowing margins. McMillon has led the charge to compete with Amazon in the high-growth, future-oriented e-commerce channel, but the shareholder base may not be ready to follow.