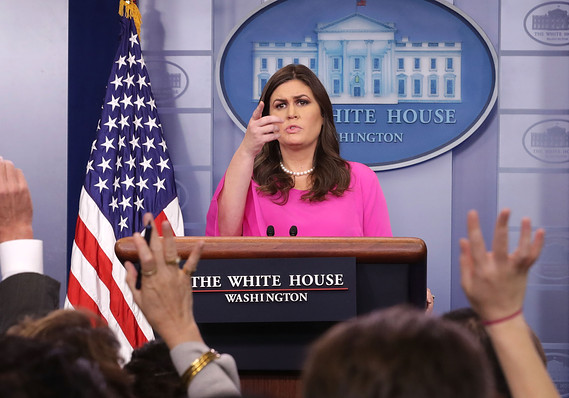 U.S. stocks closed lower Monday as a report that the House of Representatives is considering phasing in a cut to corporate taxes rather than enacting them immediately weighed on investors confidence.

Tax cuts are the centerpiece in President Donald Trumps business-friendly agenda and are viewed as critical to sustaining the stock markets record-setting rally.

How did main benchmarks fare?

The health-care sector took a particular hit, with a popular gauge of the industry, the Health Care Select Sector SPDR
XLV, -1.07%
falling 1.2% for its worst single-day decline since Aug. 17.

What drove the markets?

The House is discussing a gradual phase-in for the corporate tax-rate cut that President Donald Trump and Republican leaders want a schedule that would have the rate reach 20 percent in 2022, according to Bloomberg News, citing people familiar with the matter.

White House Press Secretary Sarah Huckabee Sanders said during a news conference that Trump hasnt changed his principles on a tax overhaul and his plan doesnt include a phase-in.

Sanders also used the opportunity to distance Trump from Paul Manafort, the presidents former campaign manager, who is charged with conspiracy against the U.S. as part of special counsel Robert Muellers investigation into Russias interference in the 2016 presidential election.

Looking ahead, the markets are awaiting Trumps decision on who will lead the Fed after Chairwoman Janet Yellens term expires in February. A report Friday said Trump is leaning toward choosing Fed Gov. Jerome Powell, and on Monday a White House official indicated that a decision will come Thursday.

Meanwhile, the Fed policy makers meet Tuesday and Wednesday. No changes to monetary policy are expected, but the statement at the conclusion of the meeting will be closely watched for clues on whether policy makers intend to go ahead with a widely expected December increase in interest rates.

Check out: Fed statement may have treats for the hawks and the doves

What are the data saying?

Consumer spending leapt 1% in September, the biggest gain since 2009, just as the current economic recovery got under way. Personal income rose 0.4%, but the savings rate fell to 3.1%, the lowest level since December 2007.

The personal-consumption-expenditure index, or PCE, the Federal Reserves preferred inflation gauge, increased 0.4% in September, while the closely followed core rate, which strips out food and energy, rose 0.1%.

What are analysts saying?

There is a fear that this administration cant get anything done, said Diane Jaffee, senior portfolio manager at TCW, referring to reports of a phase-in of lower corporate tax rates, which she said would be a viewed as a little bit of a failure if tax cuts didnt come all at once.

Markets generally dont care about political drama, thats been proven time and again. We are much more focused on the odds of tax reform alongside earnings and macro data. Todays selloff is probably more about the fact that we were up big on Friday than Manafort, he said.

The direct connection to Trump was the key. And, at this moment, there is none, said Jamie Cox, managing partner at Harris Financial Group, referring to news of Manaforts indictment. Cox said investors have been bullish on Trumps pro-growth agenda and anything seen as derailing that could be a negative for markets.

Which stocks are in focus?

Apple Inc.s stock
AAPL, +2.25%
rallied 2.3% to an all-time record close of $166.72 as the iPhone maker is seen as drawing healthy demand for its latest mobile device, the iPhone X.

Dynegy Inc.
DYN, +5.61%
jumped 5.6% after the energy company said it is merging with Vista Energy in a deal that would value the combined entities at more than $10 billion.

Shares of Huntsman Corp.
HUN, +0.97%
rose 1%. Activist U.S. investors, who helped scuttle a proposed merger between Huntsman and Swiss chemicals company Clariant
CLN, -2.53%
, said they would try to seek a seat on Clariants board of directors and push for more changes.

What are other markets doing?