In its annual mobile apps survey, Research firm Gartner predicted that by 2019 virtual assistants will account for 20% of all smartphone interactions. With that level of user engagement, predictably all of the largest technology companies are invested in the segment and each brings a different strength to the field.

Will 2017 be the year of the virtual assistant? Image source: Pixabay.

Many media reports are calling Amazon’s (NASDAQ:AMZN) Alexa the hit of the Consumer Electronics Show. In 2015, Amazon made a skills kit available to developers that allowed partners to incorporate voice commands. Fast forward to 2017 and Alexa can integrate with an estimated 5,000 third-party apps, from refrigerators to TV’s, from cars to vacuums, and lest we forget, the Echo smart home speaker. The novelty of this device made it among the top selling items on Amazon’s website during the holidays. This was a brilliant strategic move by a company without a smartphone as an installed base. Amazon does, however, have a roster of well-known companies in its corner including Ford, Samsung and LG to name a few. In addition to product integration, Alexa can be found in a dizzying number of bots that can order a pizza from Domino’s, schedule an Uber, or check your Capital One balance. This gives Amazon the early lead in terms of reach and momentum, but the lack of a mobile device means that challenges remain.

Equities analysts expect that Dunkin’ Brands (NASDAQ:DNKN) will report sales of $342.67 million for the current fiscal quarter, Zacks reports. Six analysts have provided estimates for Dunkin’ Brands’ earnings, with the highest sales estimate coming in at $348.90 million and the 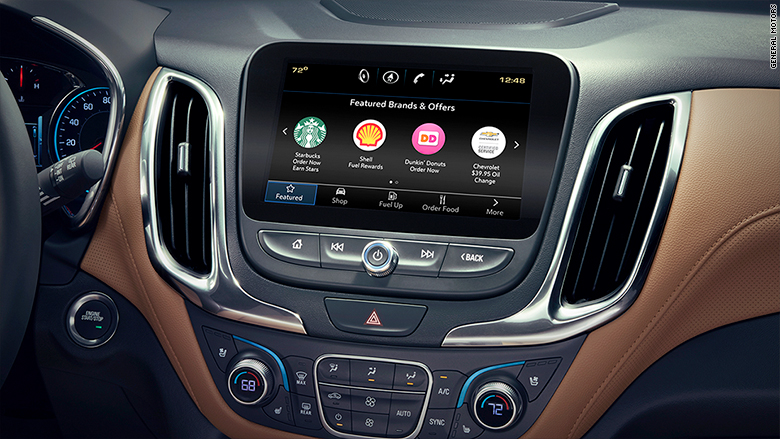 New GM app lets you order Starbucks while you drive 2017-12-06 16:12:15
Thanks to the invention of cupholders, we can all safely drink coffee while we drive.

And now, thanks to a new app from GM, we can safely order coffee from Starbucks (SBUX) and Dunkin' Donuts (DNKN) while we drive.