The next stage in the battle over regulating the internet could take the form of a legal showdown between states and the federal government.

Lawmakers in states like New York, Washington and Massachusetts have proposed bills in recent weeks to enforce the principles of net neutrality, which are intended to keep the internet open.

“We won’t let the Trump-led FCC dismantle our right to a free and open internet,” Senator Scott Wiener, a Democrat representing San Francisco, said in a statement introducing one of the bills. “We won’t let them create a system where internet providers can favor web sites and services based on who pays more money.”

The net neutrality rules, first approved by the FCC in 2015, require internet service providers like Comcast (CCZ) and Verizon (VZ) to treat all online content the same. Providers are barred from deliberately speeding up or slowing down traffic from specific websites, and from putting their own content at an advantage over rivals.

The FCC’s decision to overturn these protections has been championed by the telecom industry, but widely criticized by technology companies and consumer advocacy groups.

Given the broad disapproval for the repeal, particularly in blue states, lawmakers may find traction with the bills to preserve net neutrality. If successful, however, this local legislation could hit a legal wall.

A spokeswoman for the FCC directed CNNMoney to a section of the final order for net neutrality, in which the FCC asserts authority to prevent states from pursuing laws inconsistent with the net neutrality repeal.

“We conclude that we should exercise our authority to preempt any state or local requirements that are inconsistent with the federal deregulatory approach we adopt today,” according to the final order.

In the section, the FCC also stresses that the burden placed on internet service providers by forcing them to “comply with a patchwork of separate and potentially conflicting requirements” across the country.

Jim Speta, a law professor at Northwestern, says U.S. courts have previously upheld the FCC’s ability to preempt state regulations concerning the telecommunications market. These rulings “do provide a basis for the FCC’s action to preempt state and local net neutrality,” he told CNNMoney. 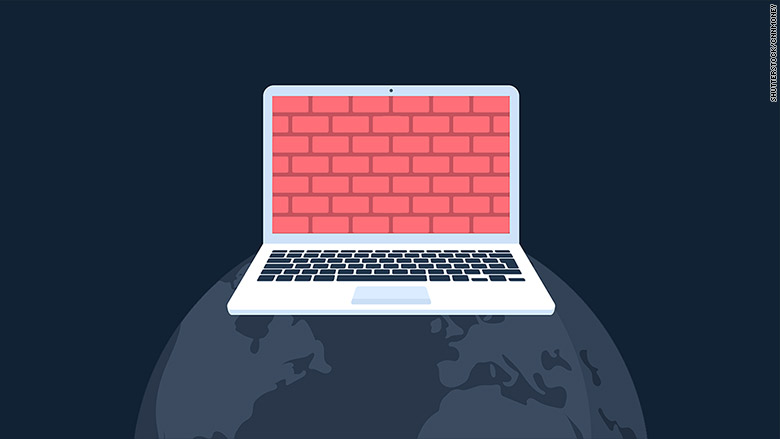 Even before the recent wave of bill proposals, states appeared to be on a collision course with the federal government on this issue.

The attorneys general of several states, including New York, Pennsylvania, Massachusetts and Minnesota, have announced their intention to sue to challenge the FCC’s net neutrality repeal.

More than a dozen attorneys general had previously called for the FCC to delay the vote, citing concerns about fraudulent comments filed with the FCC as part of a public feedback period about the proposed net neutrality rollback.

The states will receive some tech support, too. The Internet Association, a trade group representing internet companies like Facebook (FB), Google (GOOGL) and Amazon (AMZN), said Thursday it intended to join the upcoming legal fight to preserve net neutrality.

“Either on the appeal from this order or in a suit directly challenging a state or local law establishing net neutrality,” Speta says “I think it a certainty that the courts will be asked to decide the question.”

There is still time, however. An FCC official told CNNMoney in December that it could take up to “several months” for the net neutrality repeal to be formally approved by the Office of Management and Budget. Until then, the old rules remain in place.