Many consumers are focused on the annual advancements that mobile processor makers bring to the table with their chips. Each year, these chips have more CPU processing power, beefier graphics capabilities, and increasingly advanced technologies to handle things like artificial intelligenceand photo and video processing.

Fast processors don’t operate in a vacuum, though. In a computer such as a smartphone, the system processors rely on system memory. That’s where application data is loaded for the processor to quickly access. The more powerful your processors are, the faster the memory in a system is required to make sure that processor is fed with stuff to work on, allowing the full performance of the device to shine through. 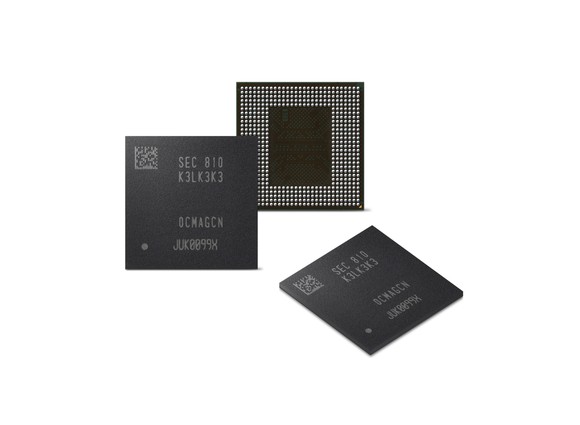 On July 17, Samsung (NASDAQOTH:SSNLF), which is the market leader in memory technology in terms of revenue and profits, announced a new type of memory called LPDDR5, which promises some significant advances over current LPDDR4X memory. Let’s go over the announcement and some implications around it.

A big improvement from LPDDR4X

Samsung says that it developed an LPDDR5 chip that can transfer data at a rate of 6.4 gigabits per second.That, the company explains, is “1.5 times as fast as the mobile DRAM chips used in flagship mobile devices.”

In addition to the substantial speed gain, Samsung claims that its new LPDDR5 chip can achieve a reduction in power of “up to 30 percent,” presumably compared to LPDDR4X memory.

Put simply: Samsung’s built a new type of memory chip that’s significantly faster as well as more power-efficient than what came before it. Samsung also claims that its LPDDR5 chip is the first of its kind.

What does this mean for Samsung?

Neither Micron (NASDAQ:MU) nor SK Hynix — Samsung’s two major competitors in the DRAM market — have publicly announced their LPDDR5 production progress. There’s a chance, then, that Samsung could enjoy a first-mover advantage with respect to LPDDR5, which could allow it to charge a meaningful premium for its LPDDR5 memory for as long as the competition isn’t fielding competing parts.

Nevertheless, if key mobile device makers begin to transition to LPDDR5 relatively soon, and if Samsung is the only vendor on the market with LPDDR5 product, that could help the company fortify its leading position in the mobile memory market.

With that being said, while Samsung announced its new LPDDR5 chip, it didn’t say that it was in mass production yet. Instead, the company merely said that it “plans to begin mass production of its next-generation DRAM lineups (LPDDR5, DDR5 and GDDR6) in line with the demands of global customers.”

So keep an eye out for announcements from Micron and SK Hynix around LPDDR5 to try to get a sense of what Samsung’s time-to-market lead is (if it winds up having one).

Ultimately, the industrywide transition to LPDDR5 should be good news all around. The better memory bandwidth should allow chip designers to build processors with much more processing power without being worried about being limited by memory bandwidth.

With that in mind, while the transition to LPDDR5 memory should help enable faster, more capable mobile processors, the mobile device industry still needs to figure out how to compel users to want to buy the newest devices.