Yet the dramatic currency devaluation in Colombia that wrecked PriceSmart’s results last year demonstrates just how exposed the company is to unpredictable economic events; there’s always a risk that one or more of its geographies will hurt its growth pace.

With that bigger picture in mind, let’s take a look at what shareholders can expect in PriceSmart’s report set for Thursday, July 5. 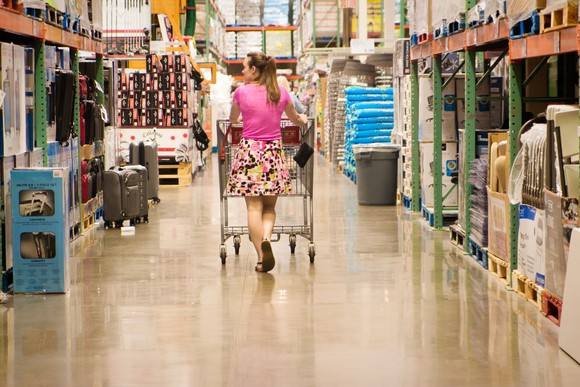 Sales growth trends are looking up following a tough two-year stretch for the retailer. In fact, sales at existing locations, or comps, rose 3.2% for the six-month period ending in February, compared to a 1.1% increase in the prior-year period.

The biggest contributor to those gains has been a sharp rebound in the Colombian market, where sales, profit, and customer traffic levels are all benefiting from the strengthening of the local currency after a dramatic devaluation in 2015. PriceSmart is also enjoying better results in other countries that had been struggling economically, including Trinidad and the Dominican Republic.


Recent monthly sales results point to a slight growth slowdown, but look for the company to modestly outpace its prior-year growth rate — which, for the nine months ended in May, was 1.4%.

As is the case with its U.S.-based peer Costco Wholesale (NASDAQ:COST), PriceSmart’s business depends on its ability to sell subscription access to its retailing stores. That makes membership metrics just as important as broader sales trends.

The warehouse giant has logged modest progress on this score so far in fiscal 2018. Membership income was up 7% year over year in the first half of the fiscal year, but that boost was mostly due to an 18% surge in Colombia, which reflects PriceSmart’s increased prices there, which stem from the strengthening currency. The company had been charging far less than the market value of its subscriptions during the worst of Colombia’s devaluation crisis, and now the business is benefiting from a return to more normal fees.


Besides overall growth in the membership base, investors will be looking for steady, or improving, renewal rates within the overall population of 1.6 million subscribers. That rate was 87% last quarter, which is lower than the stellar 91% that Costco enjoys in its core U.S. market but roughly even with the market leader’s renewal rates worldwide.

Costco recently began reporting e-commerce sales separately in its quarterly releases in a nod to how important that channel is becoming to the broader business. PriceSmart investors should get important updates in this arena on Thursday, too.

After all, the company paid $30 million during the quarter to purchase digital shopping specialist Aeropost, and executives said they are excited about the potential that its logistics platform has for extending PriceSmart’s ordering and home delivery abilities.

E-commerce isn’t nearly as popular in the Latin American and Caribbean countries that make up PriceSmart’s sales base as it is in the U.S. However, it’s clear that the channel will become a bigger part of the business over time, and so the retailer is making moves today to position itself for that long-term shift.