Every day, Wall Street analysts upgrade some stocks, downgrade others, and “initiate coverage” on a few more. But do these analysts even know what they’re talking about? Today, we’re taking one high-profile Wall Street pick and putting it under the microscope…

Yesterday, PayPal (NASDAQ:PYPL) held its first analyst dayof the year, which it used to issue new guidance, hint at share buyback plans and future acquisitions, and lay out a road map for its business.

Today, less than 24 hours later, PayPal has already received its reward — in the form of two analysts hiking price targets, and another upgrading the stock to buy — as well as a whole raft of positive commentary from elsewhere on Wall Street. Here’s what you need to know. 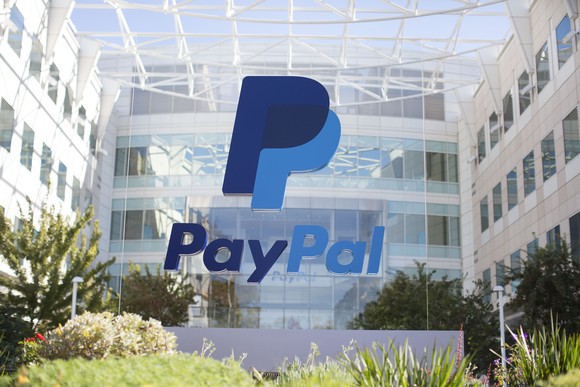 Let’s start with a quick outline of what PayPal revealed to investors yesterday, beginning with the growth outlook. Over the next three to five years, PayPal anticipates growing its revenue at an average annual rate of 17% or 18%, and expanding its operating profit margin to grow adjusted profits even faster — 20% annually.

The company plans to deploy these profits to make between $1 billion and $3 billion worth of acquisitions over the period, and “is keen to return as much as half of itsfree cash flowto shareholders” this year, according to Investopedia.


In other news, PayPal says that Alphabetis adopting PayPal as a standard payment optionacross all Google apps and services. The company is also testing a Venmo debit card, and plans to create a rewards-points program in cooperation with major commercial banks.

What analysts had to say about that

Analyst reaction to the news was immediate, with Oppenheimer hiking its price target 6% to $90 a share, Cantor Fitzgerald going to $93 (a 9% hike), andStifel Nicolaus flipping its rating from hold to buy, with a price target of $99.

Even analysts who didn’t change their numerical opinion of PayPal were effusive in their praise. Here’s a quick sampling of what they’re saying, according to the Wall Street watchers at TheFly.com:


Oppenheimer: Despite breaking up with eBay, PayPal is confident enough in its prospects to raise, not lower its guidance. The company seems to think it could earn as much as $5 a share by 2022.

Cantor Fitzgerald: “PayPal is working to be everyone’s pay source.”

Wedbush: PayPal has a “host” of growth catalysts to draw upon, including “explosive” growth in mobile payments that will give the company increased scale and improved margins.

Nomura: Its research note on PayPal was titled, “Best Days Are Still Ahead.”

Stifel Nicolaus, second only to Nomura in terms of the optimism of its price target (Nomura has PayPal pegged for $100 in share price within one year, while Stifel says $99), seems to agree with all the above — and more. PayPal has succeeded in roughly doubling both its sales and profits over the past five years, yet according to Stifel, the company is still “in the early stages of transforming from an online checkout company to a global payments platform.” But even if that’s true, does it mean that PayPal stock is a buy?


Consider: Yes, PayPal has increased its guidance for long-term sales and earnings growth. But PayPal’s now-confirmed intention of growing earnings 20% per year over the next five years really only matches what Wall Street was already expecting of it. (Twenty percent growth is the consensus estimate for PayPal among Wall Street analysts, as reported by S&P Global Market Intelligence.)

At PayPal’s current market capitalization of $96.8 billion, PayPal has a P/E ratio of nearly 51 times earnings, which appears to more than account for the company’s 20% projected growth rate. In fact, even giving PayPal credit (as one should) for the $9.5 billion in net cash on its balance sheet, the company’s debt-adjusted P/E only comes down to about 46 times earnings, which is about twice what a value investor would ordinarily want to pay for a company with 20% growth ahead of it.

And no, you shouldn’t buy it until the price gets better.