Nomura Holdings Inc.’s fourth-quarter profit fell 63 percent as it booked one-time provisions in the Americas that overshadowed a rebound in trading.

Net income slid to 22.7 billion yen ($208 million) in the three months ended March, the Tokyo-based company said on Thursday. It set aside more than 30 billion yen in legal costs for “legacy transactions” that preceded its purchase of Lehman Brothers Holdings Inc. assets in 2008, Chief Financial Officer Takumi Kitamura said at a briefing, declining to elaborate. Nomura announced plans to buy back more shares.

The profit drop masked a bumper quarter for trading, as Japan’s biggest securities company joined Wall Street firms including Goldman Sachs Group Inc. in benefiting from an increase in market volatility. At home, a strong start to retail business in the quarter was marred by an equity slump that slowed sales of investment products, Nomura said.

Key figures from the fourth-quarter results 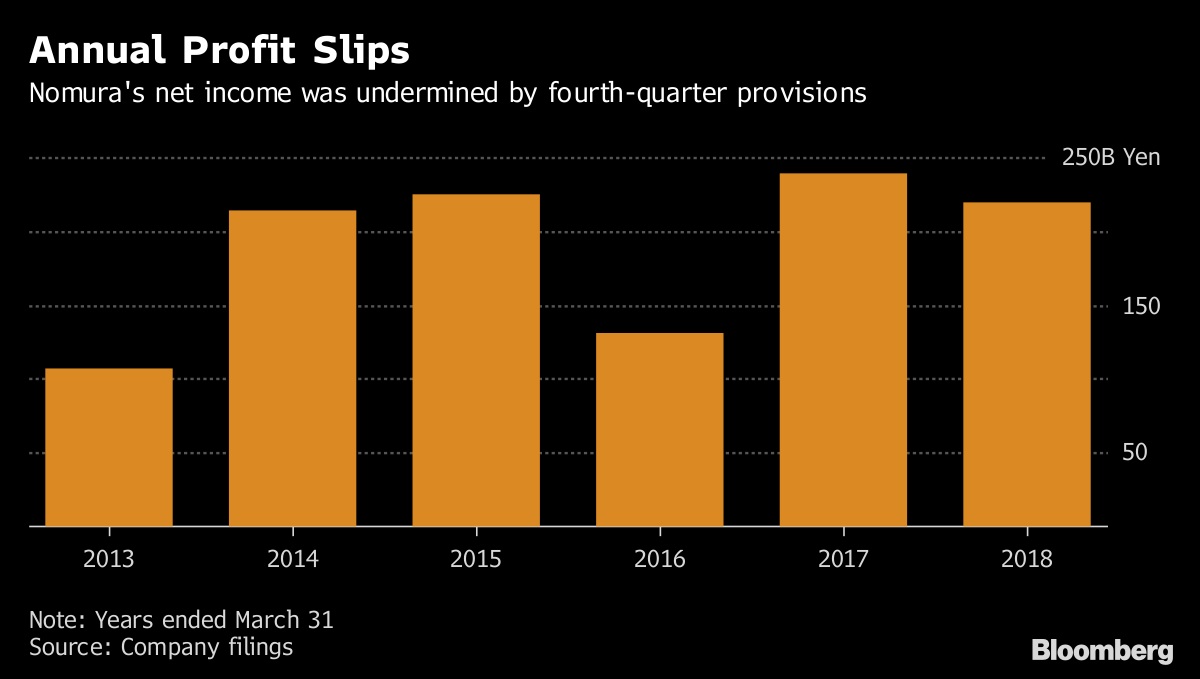 Shares of Nomura closed 0.1 percent lower before the results were published. They have slipped 3.6 percent this year, slightly more than the benchmark Topix index.

— With assistance by Gareth Allan