At one point earlier this week, GameStopstock tumbled as much as 7% on reports that video games would soon be coming to Netflix (NASDAQ:NFLX). The initial reports on TechRadar indicated that the streaming giant had forged an alliance with Telltale Games that would bring “simple game experiences” to its platform. Other gaming related stocks initially fell, as well.

In an unrelated story, a product listing on Best Buy’s website may have inadvertently let the cat out of the bag that additional streaming options would soon be coming to the Nintendo (NASDAQOTH:NTDOY) Switch — or are they? Turns out that while some of this is true, both reports weren’t entirely accurate. 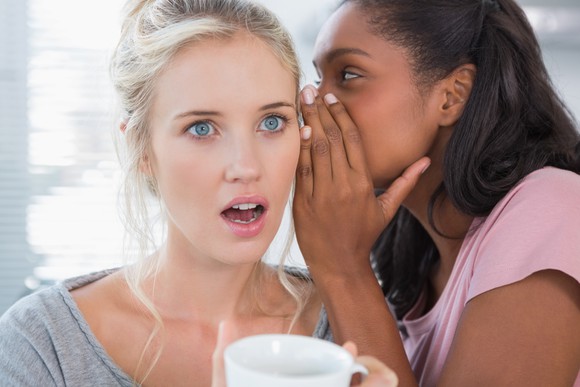 I heard a rumor

While the rumor about a partnership between Netflix and Telltale Games was true, the original story misreported some of the facts. Telltale has been enlisted to develop a game based on Netflix’s runaway smash hit Stranger Things for gaming consoles and PCs. Netflix later clarified that the game wouldn’t be streaming on its service but was part of the company’s broader merchandising efforts, designed to generate buzz about its original content.

The companies will also release Minecraft: Story Mode, a five-episode program based on Microsoft’s (NASDAQ:MSFT) popular game. Netflix confirmed that the show wasn’t an entry into gaming but rather an interactive program similar to several already available on its service.


As I reported last year, Netflix introduced interactive branching technology in which “viewers will have the option during the story to determine the next move the characters make in the program. Each choice leads to more potential choices down the line, producing myriad ways for the same story to unfold.”Viewers can use the remote, a touchscreen, or game controller to choose between options as the show progresses.

At the time, Netflix piloted two programs using the branching narrative technology, both children’s shows. Puss in Book: Trapped in an Epic Taleand Buddy Thunderstruck: The Maybe Pileboth debuted in mid-2017. A third program using the technology, Stretch Armstrong: The Breakout, arrived on the service in March.Because there are multiple ways for each story to play out, they can be watched numerous times, each evolving into a different story.

A listing on Best Buy’s website made Switch owners jump for joy over the possibility that they would finally be able to stream Netflix, a capability they have long wanted. The description of the portable gaming console in the electronics retailer’s online store said the device was “smart enabled” and could be used to “stream movies, listen to music, and access a wide variety of other content.” It also included logos for Netflix, Hulu, and Google’s YouTube, a subsidiary of Alphabet.It’s worth noting that users have been able to stream Hulu on the device for some time.


Best Buy quickly took down the listing in question and later tweeted, “This is indeed an error on our part and we apologize for any inconveniences. While it has been rumored to be coming, we have no solid information on if and when.”

Nintendo of America president Reggie Fils-Aime weighed in on the rumors saying:

When we launched the Switch, we were very clear we wanted to position the device as a game-playing device. We’ve done that, and so you’ve seen Hulu for example come on to the platform. In terms of other services, the conversations are on-going. We’ve got nothing to announce right now. But certainly those opportunities will come in due time.


Netflix has previously addressed its absence from the popular device. In a recent press gathering, Scott Mirer, Netflix’s vice president of device partner ecosystem, told MobileSyrup: “In the case of the Switch, they [Nintendo] were very focused at launch not on video-use cases, but on gaming … we have a great relationship with them and look at the possibility of [supporting] the Switch.” This seems pretty much in line with Nintendo’s stance.

It’s been suggested that Best Buy jumped the gun on its website and the additional streaming options are imminent, but there simply isn’t any evidence to support that theory.

You can’t believe everything you read

This represents an important lesson for investors. While some of the stocks mentioned above made substantial moves up or down based on these reports, this was the result of people buying and selling based on initial reports — that turned out weren’t entirely true. Buying quality companies and holding them over the long term is a much better strategy than having knee-jerk reactions to every new rumor.