With the IPO of Dropbox (DBX) last week, Box (BOX) saw an initial dip due to competitive fears and probably some traders using the stock as a source of funds for the hot new stock. Despite competitive threats, the fears appear unnecessary as the market isn’t applying the same logic to Box as the hot IPO. 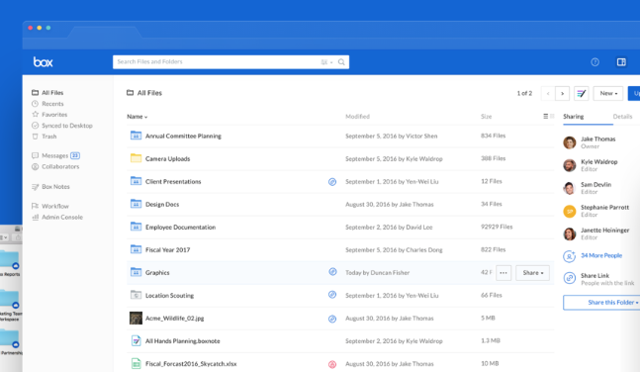 If one believes CEO Aaron Levie, Box and Dropbox are not the same. Box aims to service the secure content sharing needs of large enterprises, while Dropbox focuses on consumer subscriptions and is slowing moving into small corporations.


The market though doesn’t buy this comparison and appears to favor the ability of Dropbox to land and expand via initial exposure to employees of these large corporations. All while both companies increasingly face competitive threats from Apple (NASDAQ:AAPL) iCloud, Google (NASDAQ:GOOG) (NASDAQ:GOOGL) Drive, and aggressive offers from Microsoft (NASDAQ:MSFT) OneDrive and others.

Both companies would probably tell a different story on whether enterprise customers would trust the security and compliance of Dropbox. For those outside the technology world, the numbers will have to speak volumes.


Meeting In The Middle

Box has been public for 3 years now, so the financials are more mature than those of Dropbox with the market demanding a focus on free cash flows. Just after an IPO, the market tends to be overly bullish about the prospects of a company without the profitable demands.

Box hit my radar as the stock dipped following the IPO due to the negative cash flows. The recent results though tell a far better story as the content management company is now consistently producing strong cash flow margins. The stock might dip, but the investment thesis remains solidly in the buy the dip category. 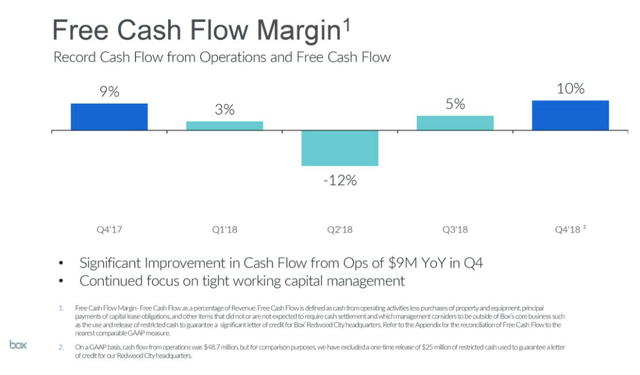 Dropbox has some impressive numbers that drive the enthusiasm for the stock. The market can be overly obsessed with active users and subscriber numbers that aren’t always legitimate. The 500 million registered users on Dropbox no doubt helps drive the market value that tips the scale at $13 billion. 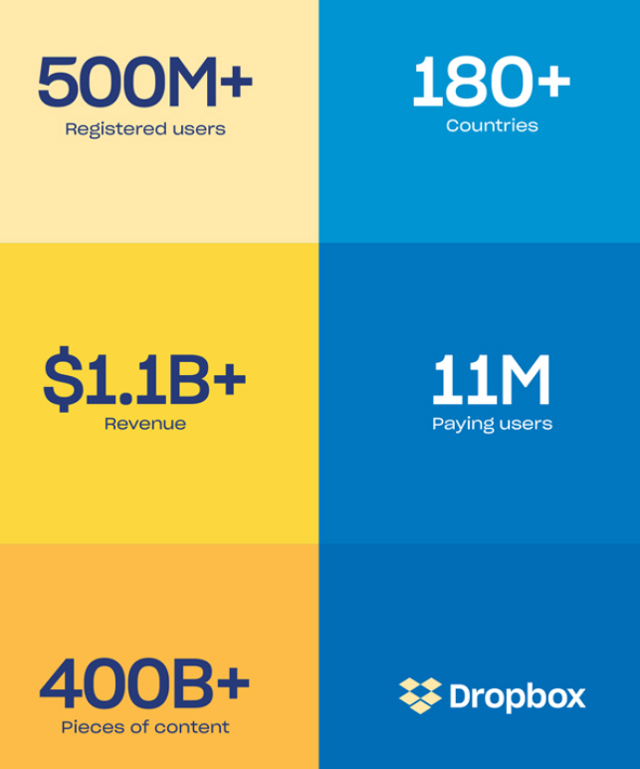 Dropbox generated revenues of $1.1 billion last year from 11 million paying customers and, the market value with over 400 million shares outstanding after the IPO is now far in excess of the only $3 billion value of Box. So, Box had roughly half the revenue base of Dropbox in 2017 on 82,000 customers and now has a quarter of the market value.


Where Levie has a point and investors need to pay attention are the margins. Dropbox only produces gross margins of 67% in comparison to the 76% margins of Box. Not a massive difference, but a sign of the scale of having larger customers.

Surprisingly, though, Dropbox actually produced a profit after excluding stock-based compensation. The company had a large operating loss of $112 million or about 10% of revenues, but SBC came in at $164 million on the year.

Box is considerably better off at this scale of the business of around $500 million in revenues, but the company doesn’t have the 30% growth rate of Dropbox despite being smaller. Conversely, Box is already generating free cash flow at revenue levels of $500 million where Dropbox had a massive loss. Revenue in the 20% growth rate (despite ASC 606 impact) for a cloud software provider will generate solid margin growth and cash flows. 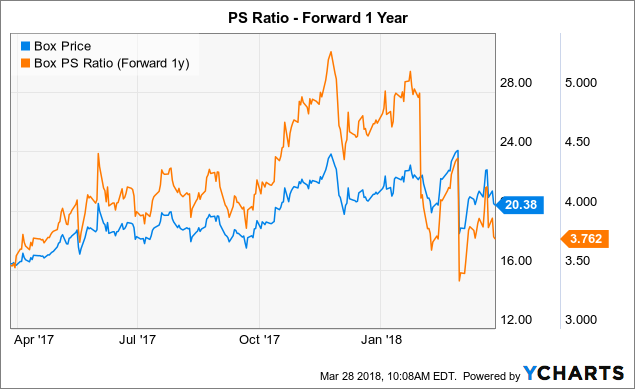 The key investor takeaway is that the company is in an increasingly competitive sector. CEO Aaron Levie is probably accurate that large enterprises aren’t going to abandon Box for a more consumer offering like Dropbox, but the bigger fear is the aggressive push of Microsoft and others. Regardless, Box is too cheap to be dropped, while the market is distracted by the shiny new offering in the sector.

With this transition, GOL Linhas, which is the largest Brazilian airline, i