The Nissan Leaf is is the best-selling electric car in the world. If you’re talking about mainstream electric vehicles, the Leaf has been it for years.

Now there’s an all-new version of the Leaf with more sophisticated styling and more range than before. And its $30,000 price tag still undercuts the competition from Tesla (TSLA) and General Motors (GM) — although those cars still go farther on a charge.

The biggest advantage of the Leaf is that you won’t have to wait until sometime next year to get one. Just saying.

The Leaf isn’t particularly fun to drive, the way most EVs are. The Leaf is the “mild sauce” version of an electric vehicle. Part of that is because it has less power. With electric cars, bigger batteries mean more driving range, but they also mean more power and punchier acceleration. So it might be no surprise the Leaf feels less exciting. 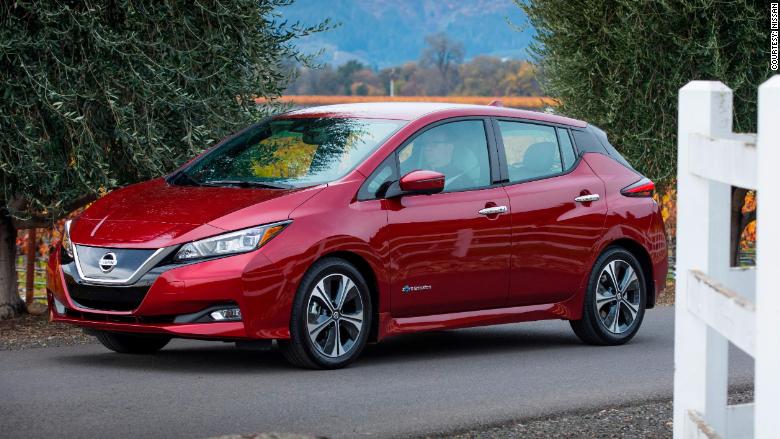 The Nissan Leaf isn’t exciting, but it does have a nice, if not head-turning, exterior.

To be honest, most Nissan cars are pretty dull these days. I’m not sure why but over the past few years, Nissan has decided to put all the excitement into its cars’ exterior design — they look pretty sharp. The engineers seem to focus purely on fuel economy and comfort, and in that respect the Leaf fits right in. The suspension is tuned for comfort and the steering feels as sharp as a Play Doh knife. If you don’t mind that, and lots of people won’t, you won’t mind the Leaf.

Its 151 miles of range isn’t as much as more expensive EVs, but I was able to comfortably get through an entire weekend of ordinary errand running, plus a round-trip commute to work, without recharging. (One thing you learn driving electric cars is that most of us don’t travel nearly as many miles each day as we think.)

The Leaf’s interior design is also less exciting than the Model 3’s or even the Bolt EV’s. Beyond a shiny puck-shaped gear selector, most of the it feels like it could be in any Nissan economy car. There is a nice and fairly large touchscreen, but there’s nothing that makes you feel like you just leaped into the future. 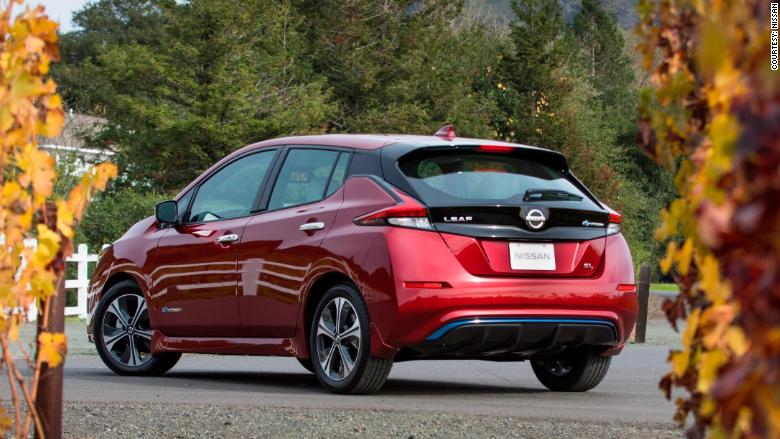 With its 151 mile range, the Leaf doesn’t go as far as more expensive electric cars. But it’s more than enough for daily use.

The Leaf does have the ProPilot Assist feature, which is available as an option on the Leaf and some other Nissan models. Think of it as Tesla’s Autopilot on a budget. It’s also largely similar to driver assistance systems from Mercedes-Benz, BMW, Audi, Lexus and others.

The driver has to keep hands on the steering wheel, but ProPilot will do the work of keeping the car in the center of its lane. (It won’t change lanes for you like systems on some more expensive cars will.) It also maintains a distance behind traffic ahead. By itself, it’s not revolutionary — more expensive systems are smoother and feel more natural, but what’s impressive is to find it on such an affordable vehicle.

The Leaf is roomy for its size, comfortable, practical and a good value at its price, particularly when tax benefits are factored in. Is it exciting? No. But it provides a view to the future when people will buy electric cars just because they make sense not because they’re cool.