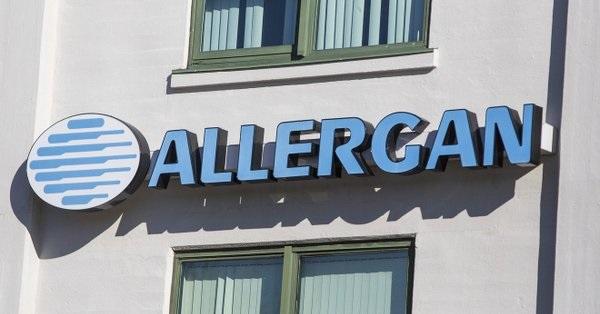 In Ericsson Inc. versus Regents Of The University Of Minnesota (“Minnesota”) or (“Patent Owner”) the university filed a motion to dismiss Ericsson’s inter partes review (“IPR”). Minnesota argued that since it was a sovereign entity it was immune to the authority of the Patent Trial and Appeal Board (“PTAB”) under the Eleventh Amendment of the constitution. The PTAB determined that Patent Owner “waived its Eleventh Amendment immunity by filing an action in federal court alleging infringement of the patent being challenged in this proceeding.”

The federal court case involving Allergan’s (AGN) Restasis patents was one of 2017’s most high profile patent reviews. I believe the decision by Chief Judge David Ruschke could have negative implications for Allergan’s pending IPR for Restasis.

Previous PTAB decisions had not involved a state that filed an action in federal court alleging infringement of the same patent being challenged in the petition for an IPR. The PTAB determined the rule governing waiver of immunity “rests on the need to avoid unfairness and inconsistency and to prevent a State from selectively using its immunity to achieve a litigation advantage.” Since allowing Minnesota to selectively assert its Eleventh Amendment immunity to bar Ericsson from obtaining the benefits of an IPR would result in substantial unfairness and inconsistency, the judge denied Minnesota’s motion to dismiss the IPR.

Allergan’s Restasis patents had been challenged by generics rivals like Mylan (MYL) and Teva (TEVA). Allergan accused the rival drug makers of violating Restasis’s patent protections. Mylan and Teva saw the claim as an attempt to extend the drug’s exclusivity. The original patent for Restasis was due to expire in May 2014, but Allergan got it extended for another 10 years.

In a shocking move Allergan sold the Restasis patents to the St. Regis Mohawk Tribe in September. It wanted to use the Mohawks’s sovereign immunity to invalidate an IPR brought on by Mylan. In October Judge William Bryson ruled the patents were invalid due to obviousness. He also expressed serious concerns about the Mohawk deal:

Earlier today, Bryson decided that the St. Regis Mohawk Tribe should be joined to the case. But he didn’t add the tribe because he thought the deal was validrather, he did it as an insurance policy to make sure that his decision to invalidate the patents couldn’t be challenged on the grounds that the wrong parties were named …

“The court has serious concerns about the legitimacy of the tactic that Allergan and the Tribe have employed,” Bryson writes. In his view, Allergan has paid the Tribe to “rent” its sovereign immunity at the US Patent Office.

Per the Minnesota ruling a judge could rule that by filing patent infringement charges in federal court Allergan waived its Eleventh Amendment immunity. Moreover, the company may not be able to dismiss the IPR due to its apparent immunity. Such a ruling could increase the chances Allergan could lose an IPR and clear the way for generic Restasis.

The Play For Investors

AGN is off over 30% since it sold the Restasis patents to the Mohawk Tribe, and off about 3% since the Minnesota ruling was announced a few days ago. AGN bulls suggest the impact of generic Restasis is priced into the stock, but I highly doubt it. Restasis represents 9% of Allergan’s total revenue and about 12% of its income. I estimate Allergan’s organic growth is dead and the company could be hard-pressed to grow through acquisitions. Its $30 billion debt load is at 4.0x run-rate EBITDA. The arrival of generic Restasis could cut EBITDA, hurt its credit metrics and hamper any ability to grow through acquisitions in the near term. Any catalysts from its R&D pipeline might not materialize until the second half of 2018 or beyond.

AGN trades at 11x run-rate EBITDA. Generic Restasis could clip revenue and EBITDA growth, and cause its trading multiple to fall into the single digits Even the staunchest bulls might have to abandon the stock.

The Minnesota ruling could mean Allergan might have to waive its sovereign immunity pursuant to its IPR for Restasis. This could doom its ability to defend Restasis against generic competition. AGN remains a sell.

About this article:ExpandTagged: Investing Ideas, Quick Picks & Lists, Healthcare, Drug Manufacturers – OtherWant to share your opinion on this article? Add a comment.Disagree with this article? Submit your own.To report a factual error in this article, click here