While the job market has improved, and unemployment has hovered at or around record levels, the job you want may not be in the place where you currently live. That means if you want to pursue certain lines of work, you may have to move.

About a quarter of job applicants (28.5%) are at least willing to entertain the idea, according to Glassdoor’s recently released report “Metro Movers: Where Are Americans Moving for Jobs, And Is It Worth It.” The study of more than 668,000 online job applications showed that over 1 in 4 job applicants applied for positions outside the metro area where they currently live.

“Picking up your life and moving for a job is a major decision,” said Glassdoor Chief Economist Dr. Andrew Chamberlain, who conducted the study. Chamberlain continued, “But in a job market where workers are in high demand and many employers are eager to hire, the employers who understand where talent is heading and what influences them to consider a move will have a recruiting advantage.” 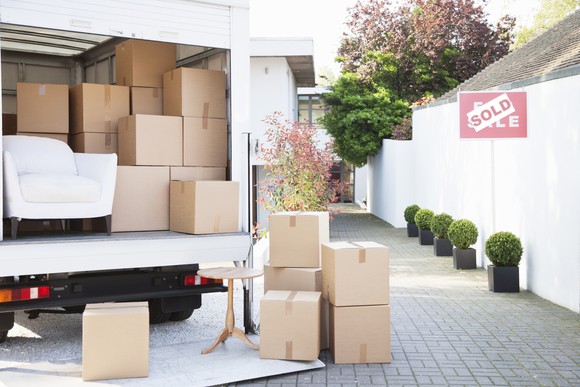 Over a quarter of workers would consider moving for a job. Image source: Getty Images.

While salary is a factor, culture is the top reason that people will consider moving for a job. The report showed that a company’s earning an additional star on Glassdoor for its overall rating gains an advantage in convincing people to move that’s six times higher than offering $10,000 more in salary.

That makes sense because a worker might take a chance on a less well-regarded company in their own backyard. Moving for a poorly rated employer compounds your risk and could leave you in a bad job in an unfamiliar city.

Salary can play a role in enticing job seekers to make a move, but only in a very small way. An extra $10,000 in base salary only made candidates half a percentage point more likely to move, according to the study.

Who is willing to move?

Men are 3.3% more likely to move than women, and young workers are the most likely to be willing to move. In fact, for every decade older a candidate gets, he or she is 7 percentage points less likely to move.

That makes sense because as people get older, they develop roots and entanglements in the community where they live. They may have a partner with a job, kids in the school system, or other long-term ties that make it harder to leave.

“This means employers must ramp up their recruiting efforts for groups least likely to move — such as women or more senior workers — and have either excellent culture or strong pay or benefits offerings,” Chamberlain said.

What should you do?

Moving for a job is a big deal, but it’s not something you should be scared of. If a better opportunity or career path presents itself, weigh the costs, personal considerations, and other factors. If it makes sense, embrace the change and make the move.

If you’re looking for a job and are willing to move, make that clear to potential employers. It’s not enough to simply apply for out-of-market jobs. Explain in your cover letter that you are willing to move. If you have a tie to the area where the job is, mention it.

Being geographically flexible opens up more opportunities. That can change the course of your career and bring you chances you would not have otherwise gotten.