Stocks tumbled well into the red on Friday, with heightened concerns about a trade war between the U.S. and China weighing on investors around the world. A tit-for-tat tariff battle is clearly the last thing Wall Street wants to see right now, and despite the promise of another strong earnings season, major indexes are falling as plenty of folks are opting to play it safe.

Trade war fears have fueled volatility in several key global markets over the past few weeks. But interestingly enough, a series of headlines out of Canada caused a unique selloff in that country’s budding marijuana market, threatening to drag down one of the investment world’s hottest new segments.

The selloff in marijuana stocks was primarily a technical event—inspired, in large part, by the failure of industry bellwether Canopy Growth Corp. to defend its 50-day moving average earlier this week. These trendy stocks are largely tracked by active traders with tight strategies, and Canopy’s dip below its 50 day led to a cascade of sell orders.

But investors who are seriously interested in this market know that there are plenty of different options to focus on. With this in mind, let’s take a closer look at how a few popular stocks with exposure to the marijuana industry fared during this recent volatility.

Cronos Group became the first pure-play medical marijuana company to list on an American exchange when it debuted on the Nasdaq in late February. The firm invests in companies that are licensed to produce and sell medical-grade pot. Here’s how the stock has performed over the past two weeks: 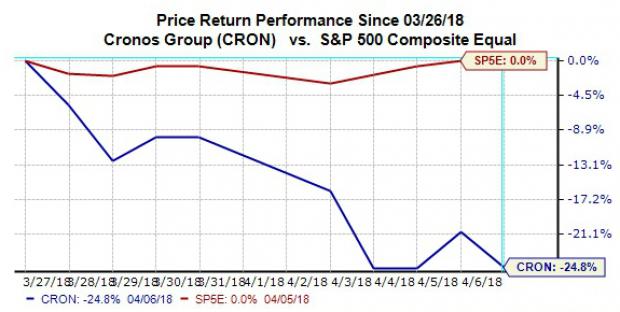 Based in Toronto, Cronos is particularly exposed to the technical headwinds of the Canadian marijuana market. This an inherent risk to this type of investment, and although the company has made some positive moves recently, volatility will likely linger.

Innovative Industrial Properties is a REIT focused on the acquisition, ownership and management of specialized industrial properties for medical-use cannabis facilities. 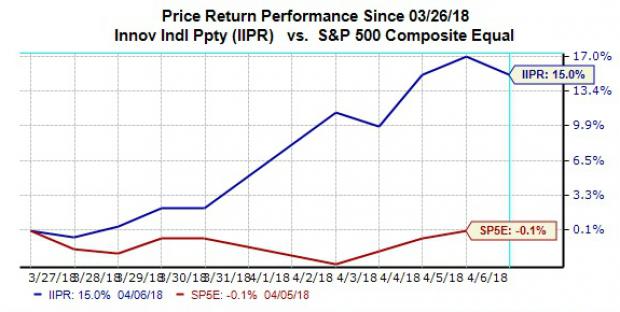 IIPR has performed well over the past two weeks, presenting investors with an interesting momentum option amid market-wide selling. The company has struggled to raise funds in the past, with its IPO bringing in just a fraction of the initial plan, but things are starting to turn around. IIRP recently generated $79 million during a secondary offering in January, which should help with growth initiatives.

Meanwhile, investors are beginning to get more optimistic about IIPR’s pipeline. The firm has deals totaling $100 million in wait and has started to close about one to two deals per quarter. The stock is now trading close to the all-time highs in reached in late 2017.

GW Pharmaceuticals is a U.K.-based biopharmaceutical company that is developing cannabinoid treatments. The firm sticks out from the above stocks because its stock behaves much more like a traditional research biotech than a weed-focused REIT or investment fund. 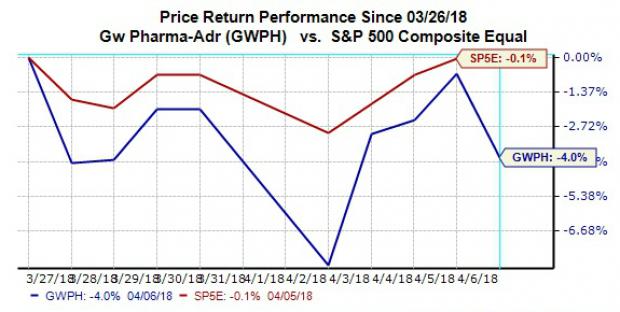 GWPH has struggled to garner momentum recently, but the company did have an encouraging month of March in terms of developing its business. The firm gained five new patents during the period, which should help it with insurance payouts and pricing power as it progresses into commercialization.

These companies are typically lumped into overarching “weed stocks” lists, but as we can see, each one moves based on different headlines and events. To learn more about these stocks, and other marijuana plays, check out this recent episode of the Zacks Market Edge podcast: