Kroger(NYSE:KR) has been no stranger to merger and acquisition rumors this year. Earlier, it made an unsuccessful bid for Boxed, the buy-in-bulk e-commerce service that’s seen as aCostcochallenger. The supermarket giant was also said to be considering a takeover of Overstock.comor a strategic tie-up withAlibaba, but neither of those ever came to fruition either. Other sources said Kroger could even merge withTarget, though that also proved to be unfounded.

Now, it seems Kroger has finally found a pair of dance partners in its quest to return to sustainable profit growth and become a leader in online grocery retail. 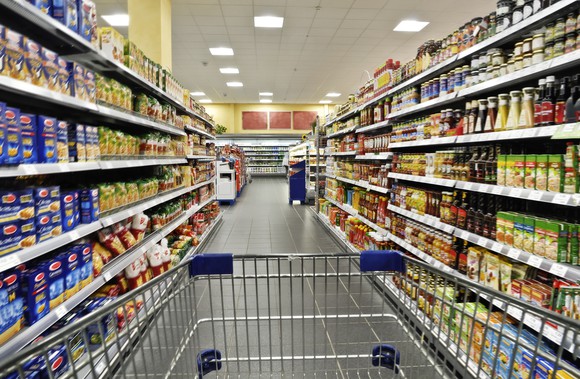 Going across the pond

Last week, Kroger, the biggest traditional supermarket chain in the country, said it would partner with U.K-basedOcado,the world’s biggest dedicated online grocer. That move sent Kroger stock up as much as 4% when it was announced. Ocado shares, meanwhile, soared by nearly 50%. Kroger said the exclusive alliance would bring the Ocado smart platform to the U.S. for the first time, which includes online ordering, automated fulfillment, and home delivery capabilities, and Kroger would up its investment in Ocado from 1% to 6%.

The two companies are also planning to work together to build automated warehouses with plans to select the first three sites this year and 20 sites over the next three years. The deal will help Kroger expand into parts of the country where it isn’t already operating like Florida, the Northeast, and the Upper Midwest. Kroger will be able to expand by opening its automated warehouses, which is a much more efficient way of reaching new customers than its historical strategy of acquiring regional supermarket chains. Such facilities could also make its Clicklist grocery pickup program more efficient by alleviating the need for items to be plucked off supermarket shelves.

Ocado’s technology and robotics should eventually give Kroger a cost advantage as it builds out automated warehouses, which should also complement its near national supply chain. Though it will likely take years for the partnership to bear fruit, it could give Kroger a valuable edge in the fast-growing delivery market.

Kroger followed up the Ocado announcement with another deal this week, this time taking over meal-kit service Home Chef. The company said it would acquire the meal-kit provider for an initial price of $200 million, followed by payments of up to $500 million over the next five years contingent on milestones for significant growth in in-store and online sales.

The acquisition follows a pattern of consolidation in the industry as Albertson’s, the nation’s No. 2 traditional supermarket operator, took over Plated last year. And Hello Fresh, which recently toppedBlue Apron as the No. 1 meal-kit service in the country, recently bought Green Chef. Kroger also noted that Home Chef’s revenue jumped 150% last year and it reported profits in its last two quarters.

The deal will provide obvious benefits to Home Chef as Kroger will be able to the sell the meal kits in its nearly 3,000 stores, introducing the Home Chef brand to Kroger’s 60 million customers. The brand will also complement the company’s in-house Prep+Pared Meal Kitsthat it’s now offering in 525 stores.

Taking control of Home Chef gives Kroger a stake in the growing meal-kit market and adding its kits to its stores should enable it to continue delivering growth and appeal to customers who want to pick up a quick, healthy meal they can cook at home.

The beginning of a long road

For long-term investors, these should be considered smart moves for the company. The grocer has historically grown through acquisitions, taking over banners like Harris Teeter Roundy’s, and King Sooper’s, but management has wisely realized that future growth will come from using its massive store base to support online sales. The Ocado deal and the Home Chef acquisition will strengthen its position in e-commerce on a variety of fronts, including cost-efficient automation, meal-kit delivery, and online sales.

For now, the market appears skeptical, as it is of most brick-and-mortar chains, but Kroger is clearly moving in the right direction. Considering the stock is still down about 40% from its all-time high, there should be plenty of upside if it can return to profit growth.