This may be a good time to buy Kinder Morgan (KMI) stock. The entire midstream space has come under pressure recently, including Kinder Morgan. But the company is starting to show signs of life. It has already improved its financial health. Although the company is facing significant short-term maturities, the debt appears manageable. Moreover, Kinder Morgan is well positioned to post strong earnings and distributable cash flow growth, starting from the fourth quarter. 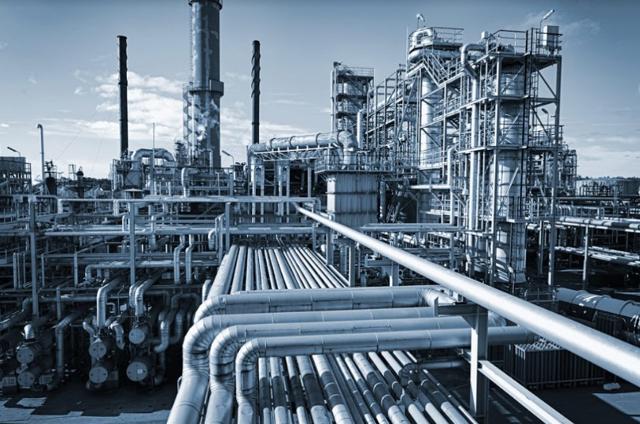 The oil prices have strengthened in recent weeks, with the price of the US benchmark WTI crude climbing 7% in the last four weeks to almost $58 a barrel at the time of this writing. Natural gas has remained largely flat in the same period at $2.96 per million Btu. But the entire MLP sector, including C-corporations and MLPs, has come under pressure. The shares of a number of midstream companies, including Kinder Morgan, Enbridge Inc. (ENB), Energy Transfer Partners (ETP) and Enterprise Products Partners (EPD) have fallen by at least 4% in the last four weeks.


I think the weakness was largely seasonal. The midstream sector usually comes under pressure following the announcement of third quarter distributions due to the tax-loss selling which occurs in the final weeks of the year. Many investors also avoid initiating new positions as they head towards the end of the year. The shares, however, will likely bounce back as we enter 2018 and midstream operators and oil producers provide a positive outlook when they present their future spending plans . The ongoing, weakness, therefore, could be an opportunity to load up on midstream companies that will likely perform well in the future, such as Kinder Morgan.


Drop in earnings and cash flows


Although the fact that Kinder Morgan has failed to grow its earnings and DCF is disappointing, it is also important to remember that the weakness wasnt due to a poor operational performance. In fact, the companys natural gas transportation, natural sales, refined products transportation, NGL delivery, and terminal volumes, which underpin a majority of its earnings, havent fallen at all in the first nine months of this year. The decline in earnings and DCF was driven largely by asset sales, the negative impact of Hurricane Harvey, lower contribution from the Canadian assets following the IPO of Kinder Morgan Canada Limited and higher levels of sustaining capital expenditure.

Kinder Morgans biggest problem, however, was that its financial health was poor, with high levels of debt and weak cash flows. But Kinder Morgan has made substantial progress in this area and is now sitting on a firmer financial footing. By the end of the third quarter, Kinder Morgan managed to reduce its net debt to $36.59 billion from $42.46 billion in Q3-2015. This also allowed the company to improve its leverage, measured in terms of net debt to trailing twelve months adjusted EBITDA ratio, to 5.1x from 5.8x.


Although the fact that almost $2.8 billion of Kinder Morgans debt matures in the next few months looks bad on paper, I believe the company is well positioned to manage the maturities. Thats because Kinder Morgan does not rely on debt to fund its capital expenditure or dividends. Rather, it uses internally generated cash flows to fund its investments and payouts. In the first nine months of this year, Kinder Morgan generated $3.31 billion of cash flow from operations, which easily covered capital expenditure of $2.23 billion and dividends (ordinary and preferred) of $957 million. The company had $119 million of excess cash flows for the period. This means that the company can utilize its liquidity, which includes $539 million of cash reserves and $4.83 billion of funds available under the revolving credit facility, solely for managing the short-term debt.

On top of this, a closer look at Kinder Morgans performance further reveals that despite the year-over-year drop, the companys earnings and DCF are actually heading in the right direction.


The above-mentioned growth was driven in part by the start-up of new projects. The positive trend will likely continue in the future as additional projects are placed in service. I believe the recent start-up of Susquehanna West gas pipeline and completion of work on the $540 million Utopia NGL pipeline which will likely be placed in service in Q4-2017 will play a crucial role in fueling Kinder Morgans earnings and DCF growth in the short term. In the coming quarters through 2019, Kinder Morgan plans to bring even bigger projects online, including the $2 billion Elba Liquefaction Project and the massive $5.87 billion (C$7.4 billion) Trans Mountain expansion project. Overall, Kinder Morgan is working on roughly $12 billion of expansion projects which will increase its annual EBITDA by more than $1.5 billion by 2021. This depicts a growth of almost 21% from this years expected earnings. The earnings growth will also improve the companys financial health since it will take the leverage ratio lower.


The earnings growth will also be accompanied by strong growth in cash flows. Kinder Morgan hasnt given any forecast regarding future cash flows, but it said that it will return significant cash to shareholders in the coming quarters by initiating a $2-billion buyback program from 2018 and growing dividends by 60% in 2018 and 25% per year in 2019-20. Thats one of the strongest dividend growth forecasts (perhaps the strongest) among midstream companies. This shows that Kinder Morgan is confident in its ability to meaningfully grow cash flows in the coming quarters.

Kinder Morgan stock has dropped nearly 6% in the last four weeks and is currently hovering near 52-week lows of $16.70. I think this may be a good time to buy Kinder Morgan stock. Its shares will likely rebound soon as the entire midstream sector recovers from the seasonal weakness in early-2018 and Kinder Morgan begins posting meaningful earnings growth on a sequential and year-over-year basis, starting from the fourth quarter results, and hikes dividends.

Note from author: Thank you for reading. If you like this article, then please follow me by clicking the ” Follow” link at the top of this page.

About this article:ExpandAuthor payment: $35 + $0.01/page view. Authors of PRO articles receive a minimum guaranteed payment of $150-500.Tagged: Investing Ideas, Long Ideas, Basic Materials, Oil & Gas PipelinesWant to share your opinion on this article? Add a comment.Disagree with this article? Submit your own.To report a factual error in this article, click here