February may be the shortest month of the year, but it can be a pretty long one for cash-strapped theme-park fans. Walt Disney (NYSE:DIS) has boosted its Disney World ticket prices every year since 1988, and for the past five years, the increase has come on a Sunday morning in February.

Obviously, Disney wasn’t going to push its admissions higher last Sunday. Doing so on Super Bowl Sunday would be bad form, especially with the football game MVP visiting Disney World the next day. You don’t want social media in an uproar during a vintage “I’m going to Disney World” promotional moment.

This only gives the world’s leading theme-park operator three Sundays to get the job done, and this weekend will be the first of three chances to stretch the Sunday hike in February tradition to six years in a row. 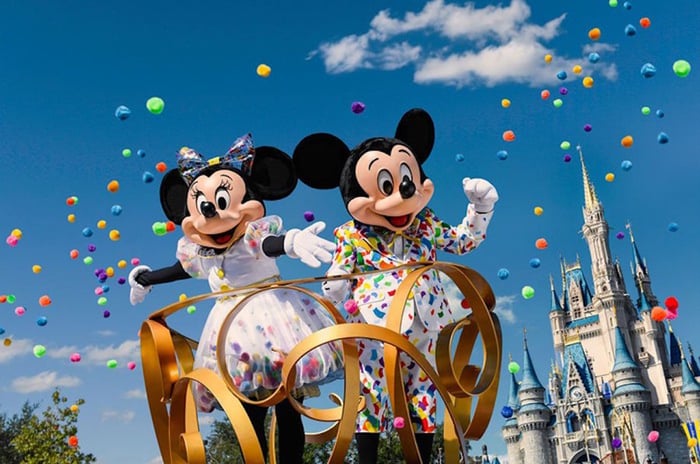 There’s no reason for Disney not to bump its rates higher this month. Between Mickey & Minnie’s Runaway Railway — Disney World’s first ride starring its iconic mouse — and the highly anticipated 14-acre Star Wars: Galaxy’s Edge, it’s not phoning it in with its 2019 slate of new experiences.

The economy’s mostly holding up its end of the bargain, and it’s not as if Disney fans are balking at the stiffer tolls. Attendance held steady and resort hotel occupancy levels nudged higher for Disney’s domestic theme parks in its latest quarter, despite guest spending rising a steep 7% over the past year as a result of costlier tickets and in-park options.

Disney also already set the precedent last month on the West Coast when it boosted most of Disneyland’s ticket and pass prices by 7% to 10%. It wouldn’t be a surprise to see Disney World follow a similar approach, though now that it’s using demand-based pricing and offering more tiers of ticketing, it can fine tune its hikes so it has the desired effect in smoothing out attendance over the course of the year.

No one is holding Disney’s gloved paw to the fire here. Disney can wait until later in the year and boost prices, especially since Star Wars: Galaxy’s Edge will likely open in Florida after the telltale summer travel season ends. Disney has yet to announce an opening for its Mickey Mouse ride, though it did reveal earlier this week that Star Wars: Galaxy’s Edge should open no later than September.

There will be plenty of bellyaching when Disney does decide to make a visit to Florida more expensive. Social media loves to bash the House of Mouse with every increase. Many will argue that they’re being priced out of the self-billed happiest place on Earth, but then we’ll see Disney respond with record attendance and yet another increase.

This is the same game that we’ve seen happen for what will soon be 31 years in a row. Disney slumps are rare, and when they do happen, they’re more often the handiwork of global economic setbacks than responses to its pricing elasticity tests.