Water utility American Water Works (NYSE:AWK) paid a quarterly dividend of $0.20 per share at the time of its IPO in 2008. The next distribution to shareholders — almost 10 years later — will weigh in at a hefty $0.455 per share. That works out to a dividend yield of 8.7% for investors lucky enough to have staked a position in the company at the time of its market debut.

A steadily increasing dividend is possible thanks to the utility’s regulated business model that guarantees growth so long as the company upgrades its water distribution infrastructure over time. Of course, that has also led to long-term share gains for shareholders, who have enjoyed total returns of 66% in the last three years. That’s almost double the gains of the S&P 500, with dividends included, in the same span.

Yet, the stock has endured a characteristically slow start to 2018, losing 9% of its value year to date. After announcing a $187 million share offering, a $365 million acquisition, and first-quarter 2018 operational results, the traditionally slow-and-steady business is suddenly facing a lot of moving parts. Investors may be wondering: Is American Water Works a buy? 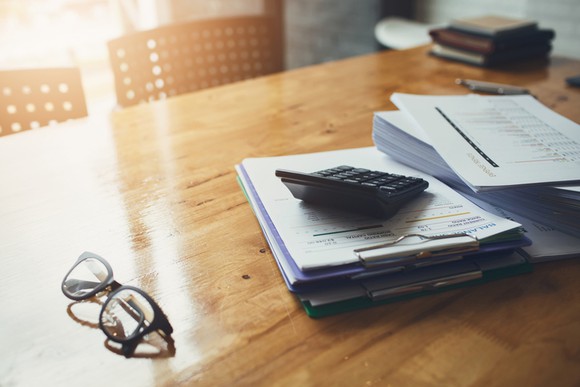 The first forms the core business, and operates water distribution and wastewater infrastructure for municipalities across the United States. Being regulated means the rates it charges to customers are set by state regulators, but upgrades and modernization investments can earn higher rates (set to guarantee a certain rate of return) in future periods. That explains the company’s $8 billion to $8.6 billion capital project budget for 2018, as higher levels of investment today can lead to higher service rates tomorrow.

The second comprises non-regulated businesses. While inherently riskier than the core business, services reported in this segment have the potential to generate higher profit margins. It’s a collection of smaller activities. Revenue from selling homeowners and small businesses one-year insurance contracts to protect against water and sewer line breaks, heating and cooling system failures, and even power surges gets reported here. Additionally, contracts to maintain water and sewage services at U.S. military bases and provide water solutions to Appalachian shale energy companies are reported in the segment.

The first-quarter 2018 operating results make it clear that American Water Works is heavily focused on regulated markets, but that is slowly changing.

American Water Works generated 87.5% of its first-quarter 2018 revenue from regulated businesses. Higher costs actually led to a slip in operating income from the year-ago period, but a big reduction in the company’s income tax bill from the new U.S. corporate tax rates provided a healthy jump in net income anyway.

Operating expenses can fluctuate from time to time as the company awaits rate decisions from state regulators, so the drop in operating income from regulated businesses in the year-over-year comparison isn’t too alarming. However, American Water Works is keen to diversify its revenue and earnings nonetheless, which explains its latest acquisition. 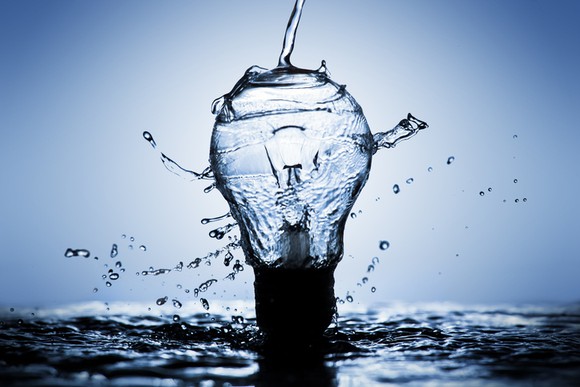 Can insurance contracts lead to growth?

In mid-April American Water Works announced the $365 million acquisition of Pivotal Home Solutions, which will be funded with a 50-50 split of cash (from the recent $187 million stock offering) and debt. It should be worth the price.

The home-warranty company held 1.2 million customer contracts, in 18 states, covering appliances, heating and cooling systems, and various utility lines into and out of homes. In addition to gobbling up one of the largest direct competitors, the move will result in the company nearly doubling the number of warranty contracts it holds (which stood at 1.8 million prior to the acquisition); the deal is expected to close in the second quarter of 2018.

Management noted that Pivotal Home Solutions will provide a great footprint for cross-selling the company’s existing water-based protection contracts while providing “capital light” organic growth opportunities. It could be right.

Consider that the market-based businesses segment reported an operating margin of 14.7% in 2017. However, obligations under contracts servicing U.S. military bases have proven to be the lowest-margin part of the business. Increasing the size and scope of high-margin home-warranty offerings should provide more consistent (and more diverse) profits for shareholders over time. Once Pivotal Home Solutions is integrated, that will become more evident to investors. 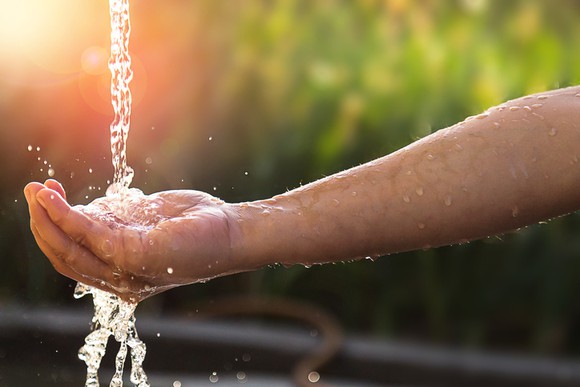 This water stock is a long-term winner

American Water Works has been a consistent winner for shareholders over the long haul, easily beating the S&P 500 over almost any period of time. The nature of its regulated business model guarantees that growth, as do many small acquisitions of water distribution and wastewater systems from local municipalitiesall over the United States.

That said, many water stocks have gotten off to a rocky start in 2018, as investors question whether or not their lofty valuations are worth the price. While it might not be a bad idea for Mr. Market to allow operations to earn their valuation, the current market cap doesn’t value long-term growth opportunities in market-based businesses.

It might be too soon to call the company’s home-warranty business a success or even a pivotal part of operations, but a reduced share price and low-risk footprint suggest there isn’t much downside to staking out a position before the rest of the market catches on. American Water Works is a buy for any long-term investor.