The spontaneous rallies in Iran have evolved into protests against the regime, but they mostly began as demonstrations over the countrys poor economy. Irans economy has suffered from stagnation, inflation and unemployment despite the fact that the country has large amounts of oil and used to have a thriving energy industry. When sanctions ended there was great optimism in Iran that the economy would improve, but a year later it has not. 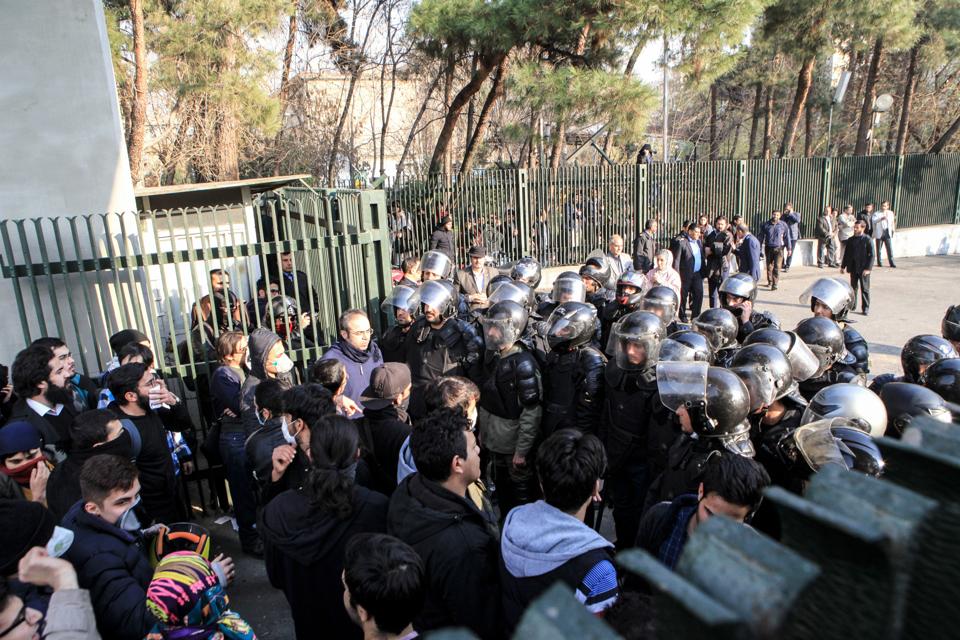 Iranian students scuffle with police at the University of Tehran during a demonstration driven by anger over economic problems, in the capital Tehran on December 30, 2017. (STR/AFP/Getty Images)

Entrenched policies and ideologies have made it very difficult for Iran to attract the kind of outside investment that its economy and its energy industry need. Irans revolutionary government is predicated on the idea that the revolution is a continuing force that must be protected and perpetuated. As long as this regime stays in power and promote the revolution against its perceived enemies the Iranian economy will not improve and the people will grow increasingly embittered.

During the UN imposed sanctions, Irans oil industry atrophied . Production dropped 28% between 2010 and 2013. Oil exports dropped as well, to a low of 1.1 million barrels per day in 2013. More significantly, Iran was unable to procure needed equipment to maintaining its aging oil infrastructure.

It was thought that when sanctions ended, the industry would improve , and, on the surface, Irans oil industry appeared to bounce back quickly. However, the high production and export numbers Iran initially posted were illusory and the industry is still in trouble. The high production in the months following the sanctions was due to build up of pressure that subsided; high export numbers in those months were due to sale of already-produced, stored oil. 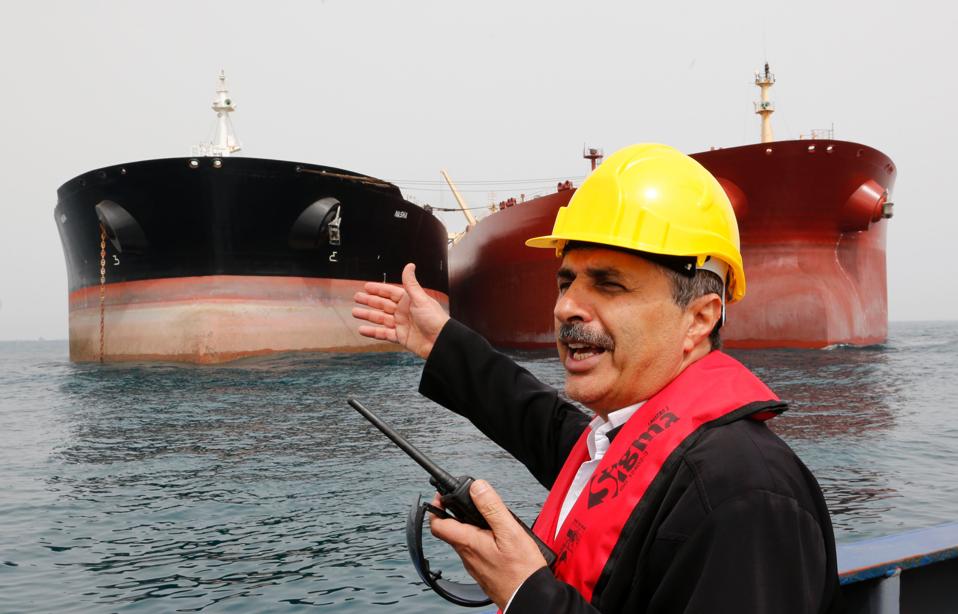 A picture taken on March 12, 2017, shows an Iranian tanker and a South Korean (R) tanker docking at the platform of the oil facility in the Khark Island. (ATTA KENARE/AFP/Getty Images)

Indeed, Iran has not produced up to its maximum OPEC quota for some months now. The industry needs serious investment to improve, but Iran does not have the cash or the equipment it needs. The Iranian people see their countrys money wasted on military engagements and terrorism abroad instead of being put to work for their own economic wellbeing, and this has been a major complaint of the protestors.

For Irans oil industry, foreign investment especially from oil companies with the expertise and capital to work on Irans mature oil fields is needed. Many foreign companies expressed interest in working in Iran after sanctions were lifted, but they have found it very difficult to sign contacts with the NIOC. The Iranian government has established rules and policies that make it difficult and unattractive for foreign businesses.

Irans government delayed announcing the new framework for its oil contracts with foreign companies several times, it cancelled at least one planned convention for foreign investors, and it insisted that all negotiations for oil contracts be conducted in Farsi. When the NIOC finally announced a basic framework for the oil contracts, the only leases permitted were short-term buy-backs which are seen as financially unattractive to many oil companies. Before the contracts can even be discussed with foreign companies, Irans security apparatus must review the terms to ensure they are in line with Irans revolutionary ideology that is largely hostile to Western involvement in the economy. So far, the only major deal the NIOC has signed with a foreign energy company is with Total to develop natural gas fields and even that deal could soon prove untenable.