In November 2017, chip giant Intel (NASDAQ:INTC) announced that it intended to enter the market for discrete graphics processing units (GPUs). Intel has long produced graphics processors, but they have been relatively low-performance parts integrated alongside its core central processing unit (CPU) products.

These integrated graphics processors are capable of handling basic tasks like video playback and rendering webpages, but for more complex 3D gaming tasks, the performance of these integrated solutions is simply not adequate. People who want to play 3D games on their computers generally need to buy systems with discrete GPUs. 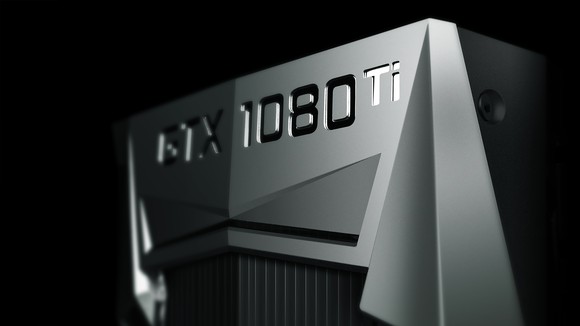 Over the last several years, the market for high-performance discrete graphics processors has been booming, thanks to the rising popularity of computer gaming and the use of graphics processors for data center processing tasks that were previously handled exclusively by CPUs.

Recently, Intel disclosed to a handful of industry analysts (who then disseminated the information more broadly) that it intends to bring out its first discrete graphics processor products in the year 2020.

Let’s go over what this could mean for Intel’s business.

Intel’s share of the discrete graphics processor market is 0%, so by entering the market with its own solutions, it should — assuming that its products are competitive — be able to grow its market share.

I know that sounds pretty obvious, but the point here is that this market is entirely greenfield for Intel, which could translate into significant long-term growth opportunities.

It’s hard to find a good third-party estimate of how big the total discrete GPU opportunity is. Market leaderNVIDIA(NASDAQ:NVDA)claims to have “over 90% revenue share” in the markets that it participates in (professional GPU, gaming GPU, and data center GPU). Using NVIDIA’s figures, the market was worth around $9 billion (based on NVIDIA’s $8.137 billion in GPU revenue during its fiscal 2018).

That market is likely to continue to grow for the foreseeable future.

It’s far too early to try to make any predictions around what kind of unit or revenue share of the discrete GPU market Intel could potentially capture, but the point is that this is a market opportunity that looks on track to be worth well over $10 billion by the time Intel ships its first products.

If Intel can, over the long term, capture between 10% and 20% revenue share in this market (admittedly no small feat), then that could add meaningfully to the company’s top and bottom lines.

Intel isn’t likely to come into this market and capture a bunch of market share overnight. The company needs to actually deliver its first discrete GPU products in 2020. Intel is notorious for missing product introduction deadlines (I’ve lost count of how many Intel products have been delayed or outright canceled sinceBrian Krzanich became CEO), so while its current publicly stated plan is to bring its first discrete GPU to market in 2020, I’m going to wait and see if the company actually pulls it off.

Once Intel brings its first discrete GPU to market, that won’t be the end of the story; the company will need to ensure that it has a pipeline of compelling discrete GPUs in the works. I suspect that it’ll take multiple generations of solid execution before the company can start delivering real share gains and revenue growth from this effort.

At this point, while I’m enticed by the possibilities here — Intel throwing its considerable research and development and marketing might at the market could yield an interesting outcome — the reality is that I’m not convinced that Intel isn’t just going to tuck tail and exit this market if it hits a stumbling block. That’s what happened the last time Intel tried to enter the discrete GPU market, and that’s what happened to the company’s efforts in high-performance computing accelerators and mobile processors.

Intel hasn’t proven that it can stick things out over the long term to achieve the business success that it’s after.

On top of that, if Intel ties its GPU products to its own chip manufacturing technology, I worry that the company could very well design great products but simply won’t be able to bring them into production because of execution issues in its manufacturing group. My confidence in Intel’s efforts here would be substantially higher if the company were planning to rely on more competent third-party chip manufacturers for these chips over the long term or if Intel were to get its chip manufacturing operations back on track.