It had only been a matter of months since Helen and Andy Viola reopened their St. Augustine, Florida, restaurant after the last major hurricane when Hurricane Irma dealt them another blow.

“Everything we opened, water poured out of,” said Andy. “We were kind of an emotional wreck.” The couple had to replace waterlogged equipment and spoiled inventory. Altogether, Helen estimated the business sustained between $75,000 and $90,000 in damages.

“We started over from scratch,” Helen recalled.

They were closed for two months. But once they reopened, business quickly bounced back. 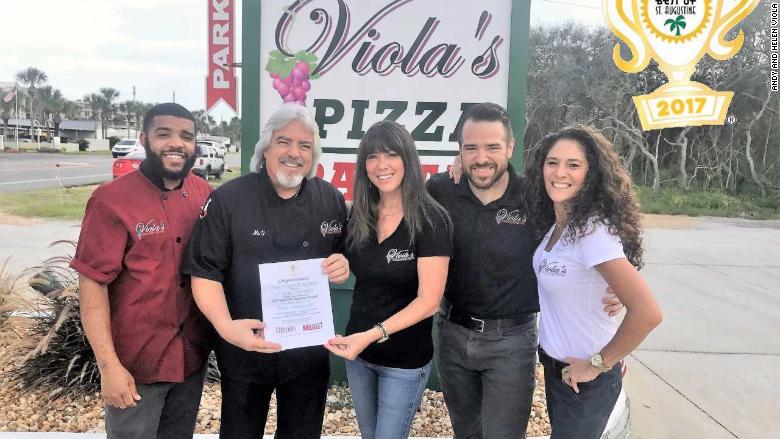 Andy (center left) and Helen (center) show off their Best Italian Restaurant award in St. Augustine. They are with their kitchen manager, Will Brooks (left), son A. J. Viola and daughter Sarah Viola.

The couple was forced to close the business for three weeks for repairs. They paid for lost inventory with the help of two $25,000 bridge loans from the Florida Small Business Development Center, a public-private partnership that offers help to small business owners.

In hurricane-prone places like Florida, Texas and Puerto Rico, business owners are finding themselves rebuilding again — and again. Now, some are wondering how much more they can take.

It could have been worse for the Violas. Ahead of the storm, they had put their equipment on cinder blocks and their food into walk-in freezers with buckets of frozen water. They also called the contractor and restoration company they worked with after Matthew, and asked them to stand by before the storm made landfall.


That helped keep damages to a minimum, said Helen. This time around, the restaurant only sustained about $25,000 in lost inventory and wages for salaried employees, she estimated.

And luckily, the Violas had purchased additional insurance after Matthew.

Still, rebuilding has been tiring and costly — and getting hit hard by two storms in just two years has made the couple wonder when they should expect another blow.

“I just don’t know what I would do if I were hit by another hurricane,” Andy said.

Immediately after Irma, Helen and Andy considered relocating to higher ground. Now, Helen said, they’ve put that thought on hold. “We have a lot of local customers that live nearby our restaurant, and they’re the ones who have supported us through thick and thin,” she said. “We’d prefer not to move at all.”

Janice Jucker calls herself the “queen of disasters.” She and her husband Robert own Three Brothers Bakery, a family business with three locations in Houston.

Their production location — where they bake goods for all three stores — was the only location damaged when Hurricane Harvey flooded the area. Appraisers determined that the damage will cost about $880,000 to repair. Janice estimates that lost business at all three locations accounts for another $120,000 to that tally, for a total of $1 million in losses. 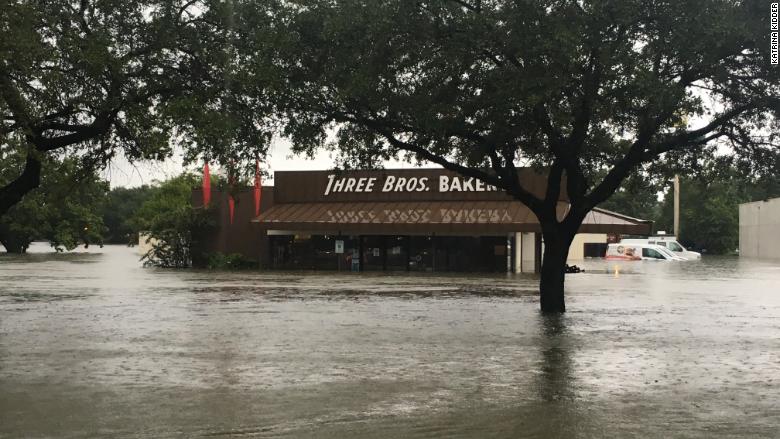 This is the second time Three Brothers has been wrecked by a hurricane. In 2008, there was Hurricane Ike.

“With Ike our roof was torn off,” Jucker said. “Then a tornado came down the street and then we had a big rain, a 12-inch rain … and that rain ruined everything.”


With the help of their business interruption insurance policy, which helps cover the loss of income during the rebuilding process, the Juckers were able to take nine months to reopen after Ike. After Harvey, the Juckers assumed they wouldn’t be able to use the insurance policy because it doesn’t cover damage from flooding. In order to stem their losses, they did their best to reopen after just 17 days. Only later did they find a loophole that allowed them to recoup some costs through the plan.

In the weeks after the storm, staying open was a challenge. “We keep band-aiding everything for right now,” Janice said at the time. “Every day you’re missing something.”


And the costs are building up. “When you have to re-buy everything, it’s so much money,” she said.

Robert worries about another disaster. “It’s always on our mind now,” he said.

To protect their business from yet another storm, Janice is thinking about focusing on mail orders. It’s been hard to sell to her local community, which has suffered greatly from Harvey.

She said she wishes the government would offer relocation loans to small businesses in hurricane-prone areas so they wouldn’t have to spend the money to rebuild over and over again.


She and her husband could have used a loan to move their production facility to higher ground. Without help, she said, “it’s just too much money.”

For now, they’re going to try to protect their buildings in other ways, perhaps using flood walls. “That might be the good thing that comes of it all,” she said. “Maybe.”

“We have to start from scratch again”

For Rusty Arena, owner of Arena Design in Houston, Harvey was a crushing blow. The storm flooded the massive warehouse where he creates handprinted textiles for clients, causing some $500,000 worth of damage.


Arena is still waiting for insurance money, but he’s not expecting much. The pieces in his warehouse “were underinsured because I quite frankly couldn’t afford the premium with all the art,” he explained.

Many small businesses struggle to afford insurance — or bet that they won’t need it, said Lawrence White, an economics professor at New York University’s Stern business school. Even well-insured small businesses could be vulnerable to a bad storm because it can take so long for insurers to reimburse clients.

Businesses in hurricane-prone zones could also see their premiums go up, White warned. “Insurance is all about the insurer’s perception of forward-looking risk,” said White. If a hurricane like Harvey makes insurers believe that Houston is more likely to be hit again, “then for sure someone’s premiums are going to go up.”

Arena said his premiums are already high because his warehouse is located in a floodplain. He expects them to rise even more.

“I was thinking perhaps I would be able to semi-retire at this point,” Arena, 63, said. “Instead it’s like nope — we have to start from scratch again.”

Arena started a crowdfunding campaign and has been able to raise about $30,000 from friends and family.