Investors wonderinghow to invest in the Boring Companywon’t be able to just yet, but that doesn’t mean there isn’t a way to profit from Elon Musk’s disruptive vision…

Elon Musk’s enthusiasm for his new company is contagious, but there are no plans for a Boring Co. IPO anytime soon. 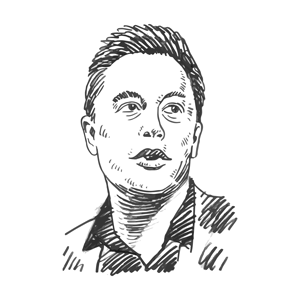 But we still want to show you a way to profit from the way Musk is disrupting entire industries, even without investing in the Boring Co.

But first, here’s what’s attracting investors to the Boring Co….

The Boring Co. May Revolutionize Travel

What’s so special about a company that’s only been in existence for 12 months? One word – “Hyperloop.”

Musk’s Hyperloop projectis something that he and his new company promises will revolutionize transportation.

The Hyperloop is a tube that will allow a specially designed vehicle to travel at record-breaking speed via an airless vacuum tube. Passengers could theoretically travel up to 760 mph through a Hyperloop. That’s more than double the top speeds of 268 mph achieved by maglev trains, which are currently the fastest trains in the world.

Breaking: California’s impending marijuana legalization could deliver unprecedented windfall profits – get in on the ground floor for the best shot at life-altering gains. Learn how here…

Musk first floated the idea of a Hyperloop in 2012 when he revealed to a “PandoMonthly” audience that this technology was his hope for a new form of transportation.

Musk then set out to achieve his goal by creating a competition to create a prototype for the Hyperloop vehicle.

In September 2016, Musk’s SpaceX company built the first Hyperloop test track in California’s desert, and it is currently holding competitions for vehicles on that track. The first Hyperloop “pod” competition was in January 2017, and the second was in August 2017. There is an additional competition planned for the third quarter of 2018.

As SpaceX was completing the Hyperloop test track in 2016, Musk was also firming up his plans to start theBoringCo. This company’s main function will be to dig the tunnels between the cities for the Hyperloop system.

The only experiences that Musk’s new company has in boring tunnels so far are the ones that it’s dug for the research center in California. Musk, however, is known for taking innovative concepts, such as private space travel, and quickly making them a reality.

And the Boring Co. is already working on tunnels, a sign the company could be commercially viable sooner than later.

On July 20, Musk announced on Twitter that the Boring Co. had verbal approval to connect Washington, D.C., and New York via a bored tunnel.

The company also received a test permit in August for a boring tunnel underneath Los Angeles.

According to a report fromArtsTechnica.com, Maryland officials have also approved the boring of a 10.1-mile tunnel, which composes the state-owned portion of the Baltimore-Washington Parkway.

Both the Los Angeles and Baltimore projects are now underway.

Despite these encouraging approvals, there are still plenty of hurdles to surpass before we see a working Hyperloop in the United States. For example, Musk needs to navigate the legalities related to digging underneath other people’s property when he’s actually ready to connect the cities.

Because of this, and the need to finish a functioning Hyperloop, it’s unlikely that we’ll see aBoring IPOanytime in the foreseeable future.

In fact, Musk has said that he doesn’t plan to take his SpaceX company, which is much more seasoned, public until it is ready to fly a mission to Mars. This could be three years out, or even longer.

But even if you can’tbuy shares of the Boring Co., there is a way to profit from Elon Musk’s forward-thinking vision now…

Invest in an Energy Source That Could Make Oil Obsolete