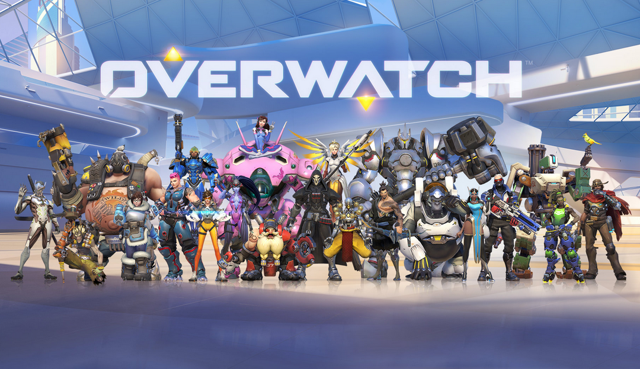 As you may know, I write a premium newsletter for StreetAuthority calledMaximum Profit. In this advisory, I employ a proprietary trading system that scours the universe of stocks to find ones that have the best potential of delivering exceptional returns in a short amount of time (my average holding period is six months).

InMaximum Profit, we take technical analysis (the study of charts and graphs) and combine it with fundamental analysis, and in return we get an elite system that has the uncanny ability to find solid companies that deliver fantastic returns over a shorter amount of time.

Despite the complex algorithms behind the system, theMaximum Profitsystem keeps things simple. It doesn’t get caught up with what’s happening on Capitol Hill or on Wall Street. It simply identifies what’s working and what’s not working in the market.

One of the best things about theMaximum Profitstrategy is that it helps teach investors discipline. It does this by using clear buy and sell signals, thus eliminating the emotion that often plagues investors’ performances.

Most investors tend to fly by the seat of their pants. No plan or rules set in place. No discipline.

It’s a formula for disaster.

And you don’t have to take my word for it…

According to Dalbar’s annual Quantitative Analysis of Investor Behavior report (its latest installment was released last month), over the past 30 years, the average individual investor has trailed the S&P 500 by 6.18 percentage points. Individual investors in equity funds have returned 3.98% versus the S&P 500’s 10.16% return.

What’s more, the study identified psychological factors — not fees or taxes — as the biggest reason for the lagging performance. The real costs for individual investors are the emotional mistakes we make time and time again.

Here are a few of the most common behaviors that plague investors:

Loss Aversion — The fear of loss leads to selling at the worst possible time; panic selling.

Herding — Following what everyone else is doing. This leads to “buy high/sell low.”

Mental Accounting — Separating the real performance of investments in your head to justify success and failure.

Most of these irrational behaviors can be fixed by simply implementing investment rules. But you must also have the discipline to stick to those rules, which can be difficult at times. You can bet there’ve been times I’ve wanted to hold onto a position even though my system told me to sell. But I have these rules in place expressly so I don’t make these kinds of emotional mistakes. The market does NOT care how much you or I like a particular stock.

In the end, we are all human, which means we’re driven by emotion. Despite our best intentions, it’s nearly impossible to altogether avoid the emotions that come with investing. But that’s why I’m a proponent of following a system- or rule-based approach (and also why all great investors have strict investment disciplines that they follow to reduce the impact of human error).

You don’t have to have a set of algorithms at your fingertips. A system can simply be a set of guidelines that you follow. Perhaps it’s as basic as not investing outside your area of personal expertise, or as simple as having stop-losses in place. The point is that you should have some sort of game plan when it comes to investing.

What My System Flagged As A Buy This Week
It’s no secret that the technology sector has had an incredible year so far — the SPDR Technology Select ETF (NYSE: XLK) is up over 31% year-to-date, compared with the S&P 500’s 14% return.

And in Maximum Profit we’ve benefitted greatly from that trend as we’re currently sitting on gains of 87%, 115% and 120% on a few of our technology holdings. But don’t think you’ve missed the boat entirely. My system continues to flag new tech stocks as buys. And this week it flagged a software developer of popular video games…

Take-Two Interactive Software (Nasdaq: TTWO) is one of the world’s largest video game publishers on consoles (Xbox and PlayStation), PCs, smartphones and tablets. The firm’s two most popular products are Grand Theft Auto and NBA 2K, but it also has other popular games such as Civilization, Borderlands and Bioshock.

Take-Two has shifted its focus to not only creating games but engaging users beyond the initial sale via online multiplayer and downloadable content, which helps extend the monetization cycle of the game and helps create more loyal followers. This shift has helped the company generate a more robust revenue stream as well as a better profit angle for folks who buy used games.

The company has posted some strong numbers recently that should continue to help push shares higher. For fiscal 2017, Take-Two grew sales to over $1.7 billion, up 26% from the prior year. Meanwhile, cash flow jumped to more than $331 million in 2017, up from $261 million in 2016.

Now, I don’t have the space to fully explain what these scores mean in detail (although you can go here for more info on my system). But just know that relative strength and cash flow relative strength are the two pillars of my system. And it’s rare for a stock to sport a Maximum Profit score in the 90s. This means the stock is in the top 10% of all stocks in terms of potential performance over the next three to six months.

That means my readers and I can feel reasonably confident that TTWO will be a winner for us in the months ahead. And that’s because our system’s track record speaks for itself.

If you’d like to learn more about how Maximum Profit can help you become a better investor — and rack up more winners than you ever thought possible, then you’re in the right place. For more information, click here.

The market did its best to put investors to sleep on Tuesday, underwhelming even the most conservative of traders. It was like a trading session straight out of summer where managers, investors and seemingly every market participant is out of town. In any regard, we had enough movers and shakers

Currently, TTWO is a Zacks Rank #3 (Hold), but that could change based on today’s results. Shares of the c