Stock investors on Wednesday fixed their gaze on the Federal Reserve, as the U.S. central bank run by Janet Yellen delivered a quarter-point rate increase and a slightly more hawkish tone.

But beyond the rate rise, and semantics around the Feds updated policy statement, buying on Fed decision days has presented investors an opportunity to make a buck, according to Bespoke Investment Group. Since the start of 1995, the S&P 500 index has averaged a gain of 0.32% on days the Fed leveled a policy decision, according to recent data from Bespoke (see chart below). 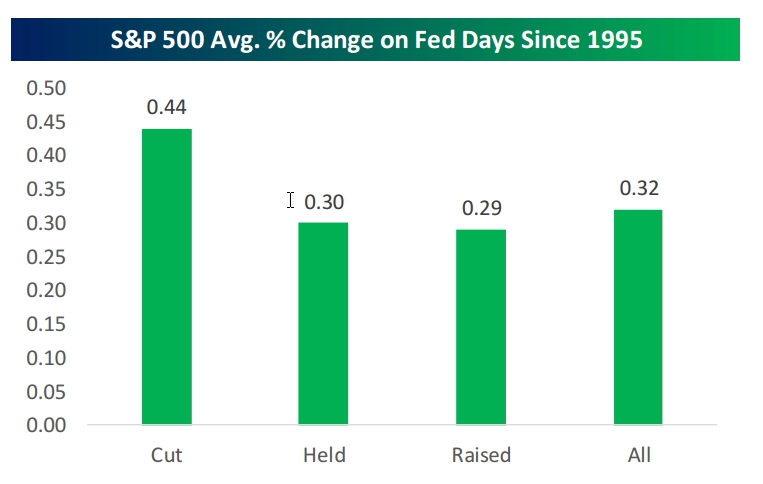 
Perhaps obviously, the market has fared better on days the U.S. central bank has cut borrowing costs since 1995. 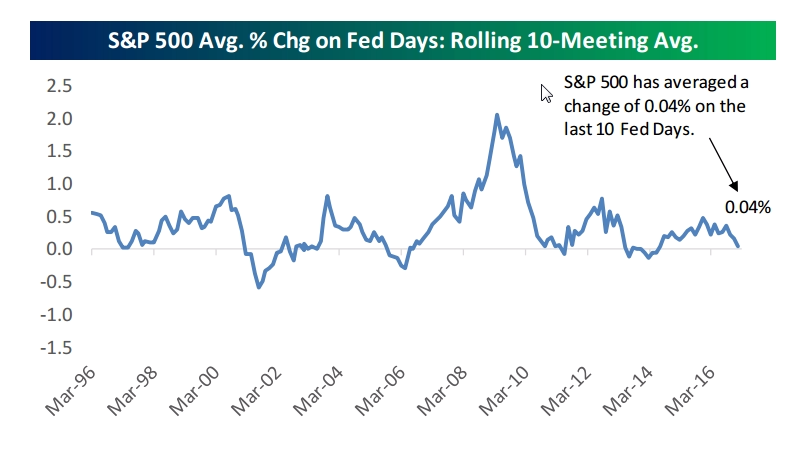 
There is perhaps a good reason for the muted response. U.S. stocks have been relatively buoyant of late, with the Dow Jones Industrial Average
DJIA, +0.22%
and the S&P 500 on track to go 106 trading days without a 1% decline and measures of volatility in equities, including the CBOE Volatility Index
VIX, -2.32%
known as the fear gauge trading well off its historical average of 20.


See: Investors retreat from low-volatility ETFs ahead of higher rates

Also read: Why is market volatility so low when uncertainty is so high?

Moreover, Yellen & Co. have tried to telegraph its moves, so as to not shock the market. The Fed is attempting to normalize monetary policy in the wake of the 2008-09 financial crisis, which led to ultralow (and in some cases subzero) interest rates around the globe. The yield on the 10-year Treasury note
TMUBMUSD10Y, +1.60%
closed around 2.50% from 2.58% after the Fed decision. The bond market, which tends to be sensitive to Fed moves, had priced in a hike and took the Feds tone on Wednesday as less hawkish than had been anticipated.


The Fed has been trying to navigate between expectations of fiscal stimulus measures promised by President Donald Trump, who arguably is at the heart of a rally that has gripped Wall Street since his Nov. 8 election victory over Hillary Clinton, and geopolitical uncertainty.

Read: Fed may not pull any punches in policy statement

Opinion: The Feds Yellen has the power to determine the success of Trumps presidency