The witless high priests of “Economism” and the greed-happy gurus of Wall Street preach this constantly as an article of faith: Raising interest rates suppresses inflation.

These people couldn’t be any more wrong if they made the cable TV talking-head circuit and assured us all that the sun would rise in the west tomorrow.

I’m going to prove this – all of this – to you beyond a shadow of a doubt, because I don’t want you to get sandbagged by what’s coming; the U.S. Federal Reserve is wrong, and that means it will be behind the curve until the very end, just like 2008, just like always.


When it’s all said and done, when it’s all over but the crying, the Fed will be confronted with the obvious consequences of this faulty thinking. It’ll deny it six ways from next Tuesday.

It might even get raked over the coals (or ashes) for it, but that’ll be cold comfort to people who didn’t listen.

But you, armed with the facts, will be safely in cash, ready to move at your leisure.

So let me show you the proof…

We’ve Seen This Before; the Fed Always Willfully Misses It


The Fed began to increase the fed funds rate in the middle of 1977. The Consumer Price Index (CPI) stayed hot, between 6.5% and 7%, in the early stages of that cycle.

You Must Act Now: America is headed for an economic disaster bigger than anything since the Great Depression. If you lost out when the markets crashed in 2008, then you are going to want to see this special presentation… 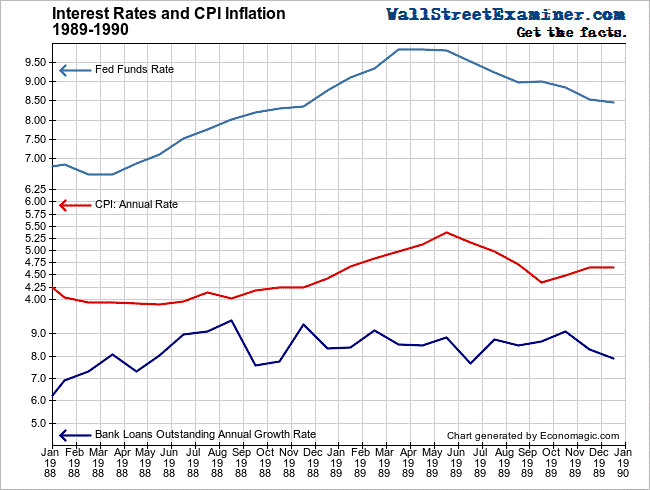 This is, of course, exactly the opposite of what the textbooks tell us is supposed to happen – and what the economic priesthood caste in the West takes as an article of religious dogma.

The economic high priests never explain why things move in practice exactly the opposite of how they are supposed to in theory. In fact, they act as though facts simply do not exist.

To economists… facts are fake.

I hope you are with me now, but, in case you’re not, once again in the 1994 to 1995 rate increase cycle, CPI and bank lending followed the fed funds rate higher. 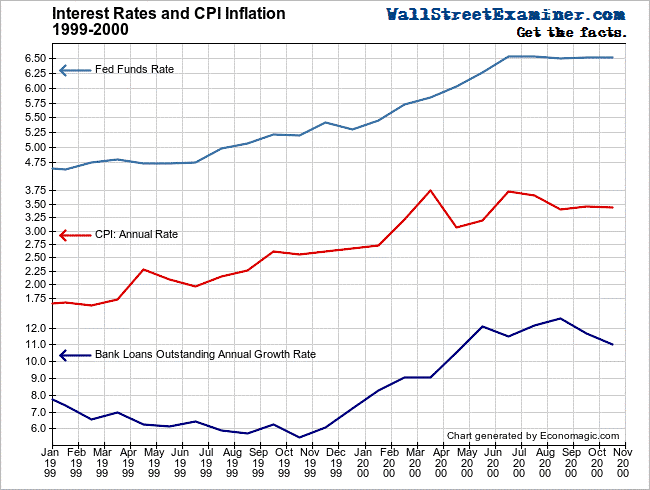 In this case, CPI and bank lending only followed the rate rise two-thirds of the way. Then, they plateaued. That’s because the housing bubble was on its last legs, and there were fewer and fewer buyer/borrowers – everybody else was already broke.

So in this extraordinary case, CPI did peter out in the last months of the rate cycle. But still, it rose from the beginning through well past the middle of the cycle.