You might have a vague notion that Skyworks Solutions (NASDAQ:SWKS) supplies wireless chips for smartphones. After all, if you’ve looked at a component teardown report of a high-profile smartphone like one of the latest Apple (NASDAQ:AAPL) iPhones, you’ve probably seen at least a few Skyworks chips.

However, it’s generally not a good idea to consider investing in a company based on vague notions — it’s important to have a solid understanding of how that company makes its money. Here, I’d like to dive into some things you need to know about Skyworks’ business. 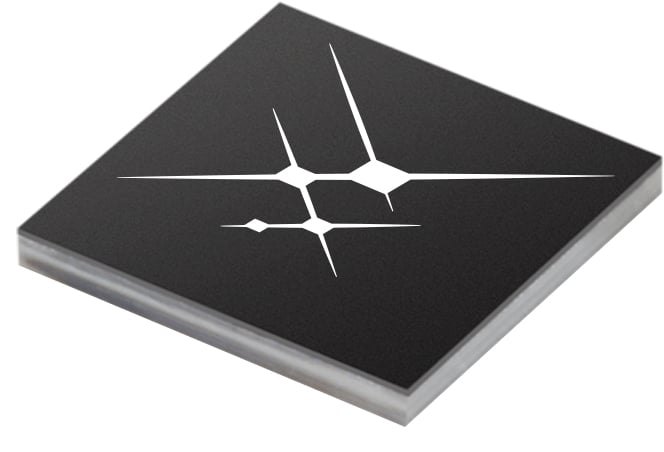 Although you might find the drops in net income and EPS alarming, Skyworks explained in its latest annual filing that the fiscal 2018 net income and EPS figures “include a one-time charge of $224.6 million related to the mandatory deemed repatriation tax on foreign earnings and a one time charge of $18.3 million related to the reevaluation of deferred tax assets and liabilities at the new corporate tax rate as a result of the Tax Reform Act.”

In other words, the underlying business is performing better than the raw net income and EPS numbers would suggest.

Skyworks is a solidly performing business that has enjoyed revenue and profit growth over time.

Skyworks’ biggest customer is Apple. According to the company’s most recent 10-K filing, sales of wireless chips to Apple made up 47% of its fiscal 2018 revenue, 39% of its fiscal 2017 revenue, and 40% of its fiscal 2016 revenue. While Skyworks is by no means the Apple supplier that’s most dependent on Apple (there’s at least one supplier out there that generates roughly 80% of its revenue from Apple), this level of dependence is still quite significant.

What this means is that if you’re thinking of investing in Skyworks, understand that a large portion of the company’s revenue comes from sales of chips to Apple. What this means is that when times are good for Apple, Skyworks’ business is poised to thrive, but when times are tough for the iPhone maker, Skyworks’ business performance is set to suffer.

To illustrate this, Skyworks stock closed at $89.49 per share on Nov. 1. Apple reported its fourth quarter of fiscal 2018 earnings results that night, and, after Apple issued tepid revenue guidance, Skyworks stock proceeded to slide more than 32%, closing at $60.72 on Jan. 3 before beginning its rebound. 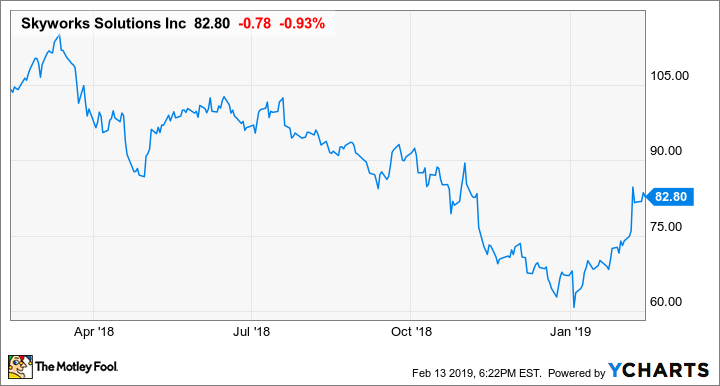 So as Apple goes, so too goes Skyworks’ business.

During the company’s earnings call for the first quarter of its fiscal 2019, Skyworks CEO Liam Griffin talked up some compelling growth opportunities for the company. For instance, he said that the impending transition to 5G wireless will be a “tremendous catalyst” that’ll require “step function increases in analog performance, advanced filtering and power efficiency.”

Those things should require more sophisticated products from Skyworks, which could help boost the company’s dollar content per smartphone and, ultimately, its overall revenue.

The 5G transition isn’t going to boost only the company’s smartphone-related efforts. Griffin explained that “5G technology will fuel a broad array of markets and applications ranging from industrial IoT, automotive, machine-to-machine, healthcare, smart cities as well as artificial intelligence.”

Skyworks is an interesting chip company that’s tied to the broad market for wireless-enabled products (with, of course, significant dependence on Apple). While the overall smartphone market seems to be on the decline, with IDC predicting that 2019 will be another down year in terms of industrywide unit shipments, I’m encouraged by the company’s diversification efforts as well as the opportunity for dollar content increases from the 5G transition compared to older 4G technology.