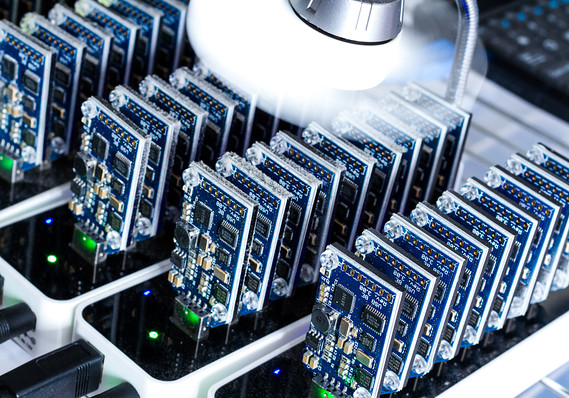 So-called bitcoin mining is a hot topic of in the cryptocurrency world.

Lately, miners have flocked to Iceland, known for its relatively moderate climate and the abundance of hydropower. In fact, bitcoin mining energy consumption is set to exceed private consumption, an energy expert told the BBC. And according to the Bitcoin Energy Consumption Index, global energy usage of all bitcoin mining already is equivalent to the power uptake of the country of Denmark, with a population of 5.7 million, and will eventually approach Bangladesh, a country of 163 million people.

In search of cost savings, cryptocurrency miners traverse the globe to take advantage of cheaper energy. Those virtual miners perform a crucial function within the blockchain, or the decentralized ledger technology that underpins most cryptocurrencies, by solving complex problems to validate transactions on the network, In exchange for this function, which powers miners are rewarded with bitcoins.

However, because bitcoins protocol operates on a proof-of-work basismeaning it requires an expenditure of computing powerboth the power and difficulty of problems increase as miners approach the maximum number of bitcoins meant to exist at 21 million. Currently, there are about 16.9 million bitcoins in existence.

The mainstream attention around bitcoin as it hit a peak level at $20,000 last December has led to an outcropping of digital miners and mining operations.

So, where is the cheapest place to mine bitcoin?

According to research conducted by Elite Fixtures, the cost of mining a bitcoin varies significantly around the world, from as little as $531 to a stunning $26,170.

The Elite Fixtures report looked at the costs to mine a single bitcoin
BTCUSD, +0.41%
in 115 different countries based on average electricity rates according to local government data, utility company reports, and/or information from the Paris, France-based International Energy Agency, the U.S. Energy Information Administration and currency-data company Oanda. 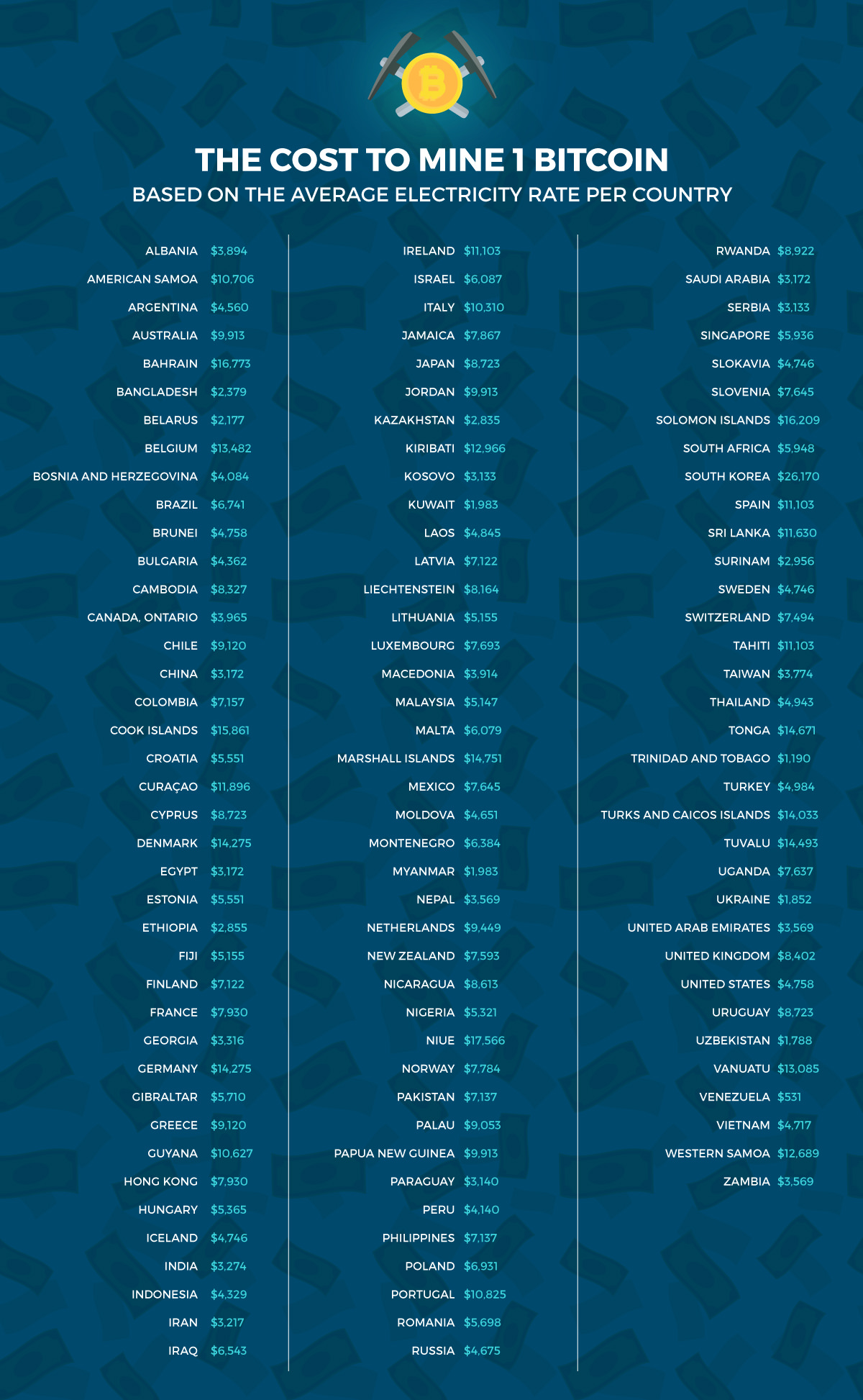 What the report (see table above) found is that the U.S. ranks 41st among countries, with an average costs for mining bitcoin of $4,758 a bitcoin, close to other popular mining destinations Russia at $4,675 and the aforementioned Iceland at $4,746. That means that investors would be able to make a profit with bitcoins current value at $7,495.09, according to research and data site CoinDesk.

Mining costs nearing break-even according to some

Bitcoin currently trades essentially at the break-even cost of mining a bitcoin, currently at $8,038 based on a mining model developed by our data science team, said Tom Lee managing partner at Fundstrat Global Advisors.

According to Fundstrat data, when the price of bitcoin peaked in Dec. 2017, its model had the break-even price at 3.5x.

See also: In one chart, heres how much it costs to mine bitcoin in your state

Whatever the actual break-even costs are, times are much tougher in South Korea. The tight capital controls within the bitcoin industry put South Korea as the costliest place to mine, where a staggering $26,170 would be expended to extract a single bitcoin.

Elite Fixtures report was based on using specialized mining-rigs models, including the AntMiner S9, the AntMiner S7, and the Avalon 6 and the total power expenditure.

For those looking to do it on the cheap, head to Venezuela where the cost of mining a bitcoin is just $531. To be sure, Venezuela offers a host of other challenges miners must overcome.

Read: Heres why Venezuelas cryptocurrency venture is no panacea