Amazon (NASDAQ:AMZN) got an early start in smart speakers with its Echo devices, but Alphabet (NASDAQ:GOOG) (NASDAQ:GOOGL) subsidiary Google is catching up quickly.

Last year, Amazon took the lion’s share of the market with Google a distant second in terms of sales.But during the first quarter this year, the sales between the two companies are much closer, with at least one research group indicating Google may have sold more devices than Amazon.

Google sold 3.2 million Home devices in the first quarter, according to Canalys, more than the 2.5 million it estimates for Amazon. That varies drastically from Strategy Analytics’ numbers, which show Amazon selling 4 million units versus 2.4 million for Google. What’s evident from both research groups, though, is that Google’s sales growth is far outpacing the overall market despite increased competition. 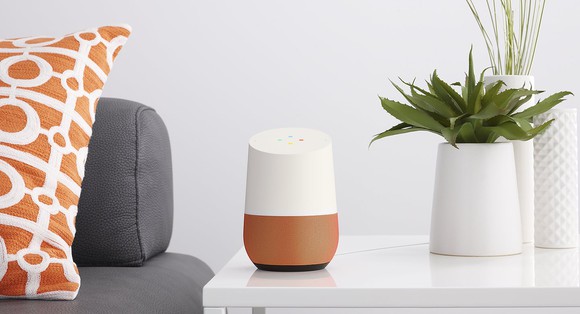 Focusing on the user experience

Google recently unveiled some new updates to the Google Assistant — the technology behind Google Home devices — at its annual developers conference, Google I/O. One of the biggest focuses was on the user experience, to make accessing information easier than ever. Whether that’s through more natural conversations with the Assistant, or the Assistant going out and making a phone call on your behalf to gather information, the focus is on ease of use.

Indeed, the things Google is doing with machine learning and natural language processing are hard to match. And Google’s emphasis on the user experience first has allowed it to rapidly improve the functionality of Assistant and drive Google Home sales.

But there’s still a big question mark over Google Home. How will Google monetize these devices? Amazon has seen Echo owners spend more on its online marketplace, and it offers discounted subscription music services that are tightly integrated with Alexa — the artificial intelligence (AI) powering the smart speakers. Google has also said it plans to monetize Google Home through e-commerce. It’s made several notable partnerships with big box retailers, but it still hasn’t shown any signs of progress in bringing in revenue.

“We are really getting started. I think these are gonna be powerful technologies, but there are areas where we clearly feel all of us fall short for doing right by users and matching their expectations,” Google CEO Sundar Pichai said on Alphabet’s fourth-quarter earnings call. “So, you’ll see us focused on user experience there for a while to come.”

While the focus on user experience is resulting in strong growth in device sales, investors will want to see Google monetize those actions at some point, especially if voice searches start cannibalizing valuable desktop or mobile searches.

Is Amazon in trouble?

One of the key advantages of Google’s devices over Amazon’s is that Google is a more neutral platform for encouraging partnerships. It’s unlikely you’ll see other retailers partner with Amazon for new Alexa skills. And Amazon and Google have held their own competition for a while now, so it’s unlikely Google Home users will have easy access to Amazon’s marketplace.

As a result, online shoppers who aren’t extremely loyal to Amazon may opt for the Google device. That’s a big missed opportunity for Amazon.

Amazon is still growing Echo sales, but Canalys and Strategy Analytics provide extremely varied estimates. The former estimates just 8% year-over-year growth in Echo sales in the first quarter; the latter thinks it was closer to 50%.

Not only has Amazon seen Echo sales spur increased spending among shoppers, Alexa-enabled devices present a platform for the company to sell other services, including music and advertising. In a twist, Amazon actually seems closer to including ads on its voice assistant than Google.

Google’s strength in smart speakers is something to keep an eye on, but its market share is still small compared to Amazon’s. Furthermore, Amazon still holds a majority of the install base thanks to its head start over the competition, and smart speaker owners have proven loyal in their short history. If Amazon’s device sales start declining or it no longer sees the same positive economics from selling Echo devices, that’s when Amazon investors should start showing concern.