There’s no denying that the retail landscape changed forever when Amazon.com (NASDAQ:AMZN) began selling books online. From a seemingly minimal entry into the budding world of e-commerce, the company now accounts for the majority of online sales in the U.S. and has become one of the largest retailers globally.

That dominance has invited competition from some of the world’s biggest companies, with Google, a division of Alphabet (NASDAQ:GOOGL) (NASDAQ:GOOG), as one of the leaders of the charge. The battle may have started on the e-commerce front but has expanded to other areas, and the rivalry has ramped up in recent months.

Now Google has fired another salvo, pairing up with one of China’s leading online sellers — in a bid to take the fight to Amazon. 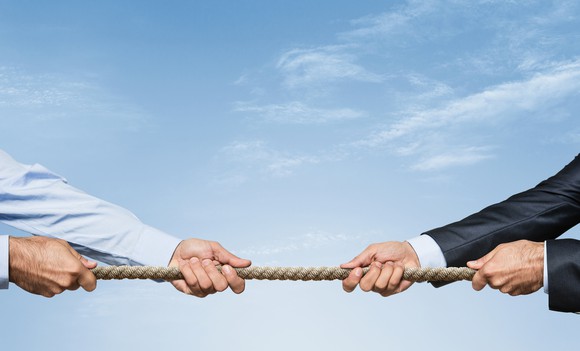 The enemy of my enemy is my friend

This week, Google announced a $550 million investment in JD.com (NASDAQ:JD), acquiring 27 million shares in China’s second-largest internet retailer. In addition to purchasing a 1% stake in the company, it will list JD’s products on its Google Shopping e-commerce site.Google’s plan is to leverage its technology expertise with JD’s supply chain prowess.

The collaboration will also help the companies mount a campaign against their internet rivals. JD has struggled against Alibaba, China’s largest online retailer, while Google has had difficulty gaining a foothold against Amazon in the e-commerce arena.

The competition between Google and Amazon exists on a number of fronts. Aside from online sales, Google is the leader in digital advertising, an area that Amazon is eager to break into. The companies also compete in artificial intelligence (AI), a space where Google is considered to be the leader. Then there’scloud computing, an area that Amazon pioneered and in which it still maintainsa commanding lead, while Google ranks a distant third.

In recent months, the conflict has escalated. Amazon recently banished Google’s Nest thermostat products from its online store, in a bid to make its own aggressive push into the smart-home market.You won’t find the Google Home smart speaker on Amazon’s online store, either. Amazon is the undisputed leader in the voice-activated smart-speaker market, but Google Home has been stealing market share. Despite arriving two years after the introduction of Amazon’s Echo, Google Home now controls an estimated 31% of the market, just 18 months after its release. 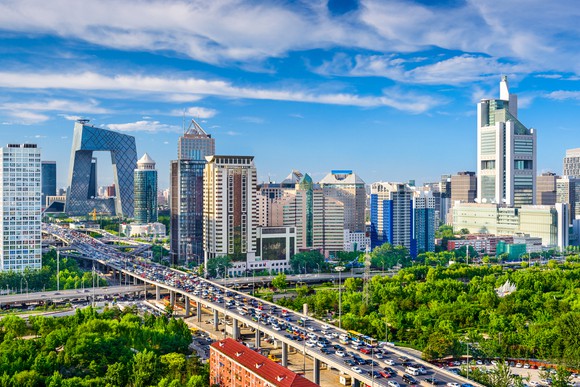 There are other reasons for the partnership

The move also helps Google increase its ties with the Middle Kingdom, which represents an unusual failure for the company’s flagship search. Google has been blocked in China since 2010, a result of the company’s stance on government censorship. The company still maintains a presence in the most populous country, with an artificial intelligence lab in China’s capital, Beijing.

For its part, JD has made a number of other strategic alliances to strengthen its position in the world’s largest e-commerce market. Walmart and Chinese tech conglomerate Tencent Holdingsown 10% and 20% stakes in the online retailer, respectively. JD has also teamed with China’s streaming-video leader,iQiyi, in a bid to attract customers. Anyone who signs up for a premium membership with either company will enjoy the benefits of both for a period of one year. That program has proven to be a massive success, enticing over a million new subscribers in the first week it was offered.

There was a time when Google focused solely on search and Amazon limited its attention to e-commerce. Now the lines are blurring as tech’s biggest companies are looking to steal market share in a variety of lucrative areas controlled by their biggest competitors. Look for more of these strategic alliances in the future, as the tech industry increasingly resembles a season of Survivor.