Stock markets around the world are falling, driven by fears coming out of the U.S.

Major indexes in New York, Tokyo and London have suffered steep losses. And a key gauge of investors’ fear spiked to its highest level in more than two years.

Analysts are trying to figure out if it’s a short-term correction for markets that had recently hit record highs or a sign of deeper concerns.

Here’s what you need to know:

Those drops follow a harrowing day for investors on Monday in the U.S., where the Dow plummeted 1,175 points, or 4.6%. It was the index’s biggest ever point decline in a single day.

Tuesday looks set to be another tough trading session on Wall Street. Dow futures were swinging wildly ahead of the open. 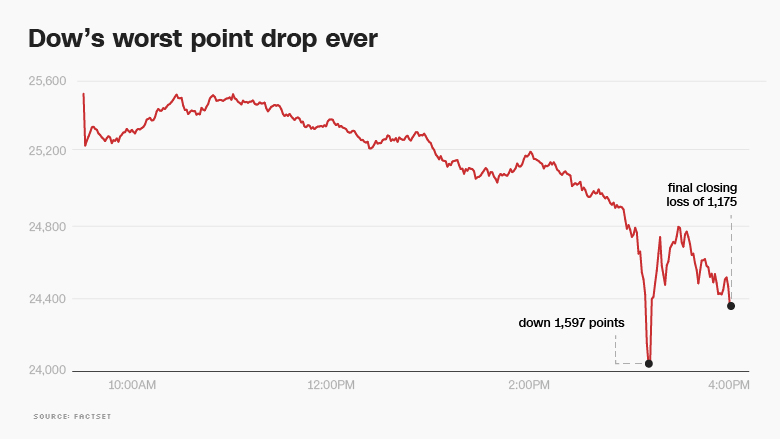 Why is it happening?

There are a bunch of concerns fueling the selling.

One is the worry that the U.S. Federal Reserve will raise interest rates faster than previously expected. That was triggered by U.S. jobs data on Friday that showed wage growth is picking up — which could mean faster inflation.

Experts have warned repeatedly in recent months that both stock and bond markets were getting too hot. And some analysts say the current losses could even be a good thing.

“This correction is a healthy development for the markets in the long run, and the equity bull market, while bloodied, is not broken,” Scott Minerd, global chief investment officer at Guggenheim Partners, wrote in a research note Monday. 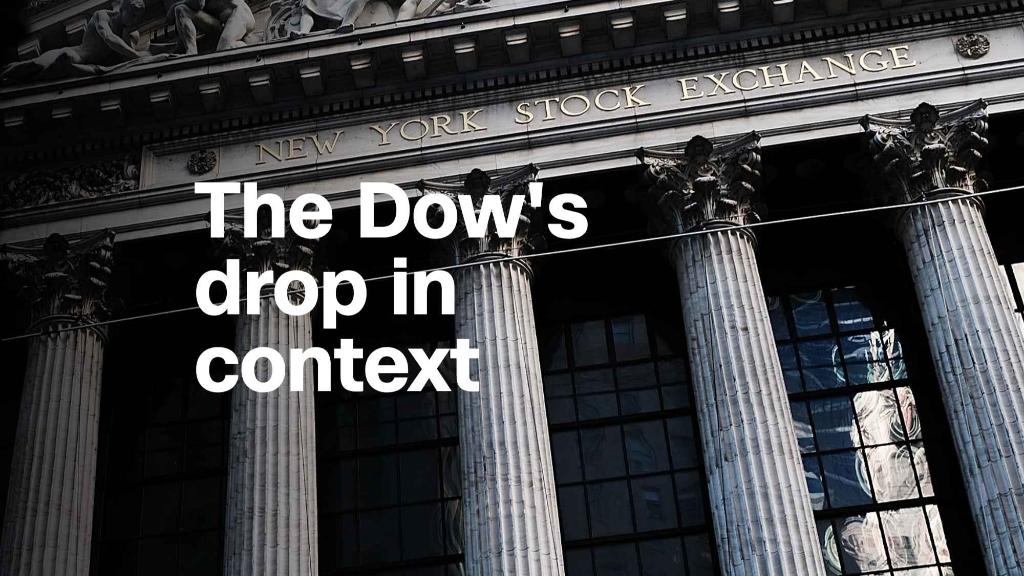 The U.S. is the world’s largest economy and home to the biggest financial markets on the planet. The dollar is the currency of reference for investors around the world.

What happens on Wall Street almost inevitably ripples around the globe. Markets in other global financial centers, like London and Tokyo, are particularly sensitive to it.

But more closed systems, like China, are often less heavily affected. Stocks in Shanghai are down 2.2% since Thursday compared with 8% in Tokyo.

How worried should you be?

It depends who you ask. But assuming the current stock market declines are a short-term drop rather than a sign of deeper problems, financial experts generally say you shouldn’t panic.

Even if stocks continue to decline over the next few days, market corrections are normal, Greg McBride, Bankrate.com’s chief financial analyst, said Monday.

The U.S. and other major economies are growing healthily at the moment.

“I caution investors to really be patient here and look for opportunities and not to panic,” Ross Gerber, CEO of Gerber Kawasaki Wealth and Investment Management, said on CNN. “It’s really not a time to be worried about the long-term prospects of the market.”

What does this have to do with Trump?

The plunging stock market is awkward for President Trump. He’s frequently taken credit for the big run-up in U.S. share prices during his presidency.

“It’s a risky game to talk about the markets. But it seems like Trump is going to live or die by the stock market,” said Greg Valliere, chief global strategist at Horizon Investments.

The White House said in a statement that Trump was focused on “our long-term economic fundamentals, which remain exceptionally strong.” The statement cited strengthening economic growth, low unemployment and increasing wages for workers.

But some of Trump’s policies also feed into the concerns weighing stocks at the moment.

The recent huge tax cuts for businesses were initially cheered by investors. But they also prescribed expensive medicine to an already healthy U.S. economy.

Stimulating a strong economy could be too much of a good thing. Morgan Stanley warned in the fall that “overheating” the economy may backfire by causing stocks to “boom then bust.”

And the current stresses in the bond market reflect the concerns that the U.S. Treasury needs to take on more debt to pay for the tax cuts.