Investors have been waiting for over two years now for General Electric (NYSE:GE) to bottom. Since ending 2016 above $30, General Electric stock has been a disaster. GE stock would lose 80% of its value on its way to a nine-year low of $6.66 in December.

But for the first time since 2016 (at least), there’s real hope that the worst is over for GE. Before a pullback over the past few sessions, General Electric stock had bounced some 58% from those lows. That was its biggest rally since 2013. The company’s Q4 earnings missed expectations, but as Larry Ramer detailed, GE’s post-earnings commentary sparked optimism about the company’s turnaround plans. 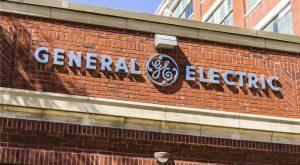 With GE stock back near $10, however, this looks like a case of too far, too fast. I argued back in May that a reasonable sum-of-the-parts analysis valued General Electric stock in the $9-$11 range. And it seems like investors, after the initial burst of GE stock, are coming to the same conclusion.

Developments since then haven’t materially changed the value of GE stock. GE still has a debt problem; it still has a pension issue; and management sill admits that it will take years to fix the company’s Power business.

And so the optimism about GE stock, particularly after the Q4 report, looks a bit overdone. There are finally signs of hope for General Electric stock. But it will also take GE a long time to fix itself, and there are real questions about how much a fixed GE is worth.

GE Stock Rallies After Its Earnings

Broadly, I understand why there’s optimism about GE stock at the moment. Larry Culp, who had tremendous success at Danaher (NYSE:DHR), took over as CEO in October. After GE struggled (to put it mildly) under Jeffrey Immelt and then John Flannery, that move alone helped restore some confidence in GE stock. (Indeed, GE shares rose on the news.)

Culp’s promise during the Q4 conference call to focus on paying down debt and fixing the Power business added to the turnaround case, as the CEO seemed well-prepared and realistic, but still upbeat about GE’s future.

So investors believe there’s now someone who can fix GE’s problems and that there’s a path to do so.

How General Electric Stock Can Recover

At this point, GE bulls aren’t unaware of the company’s problems. Debt is an issue: the company’s calculation of net debt (which includes pension and capital leases) totaled $121 billion at the end of 2018. That’s greater than the market capitalization of GE stock. And the size of the debt load, plus GE’s weakening profitability, led the three major rating agencies to downgrade GE debt late last year.

But GE has myriad ways to raise cash. It’s going to sell down its stake in Baker Hughes(NYSE:BHGE). Its healthcare IPO will lower its debt by about $18 billion and provide it with some cash in the process. The merger of GE’s locomotive business with Wabtec (NYSE:WAB) will bring in a few billion dollars as well.

Obviously, GE will lose cash flow as a result of these deals. But CFO Jamie Miller, on the Q4 call, estimated that some $50 billion of capital would be brought in over the next few years. Even after some of those funds are transferred back to GE Capital, the industrial side of the business should be able to cut its debt by over $30 billion.

Meanwhile, the businesses that will remain, other than Power, look attractive. The Renewable Energy business is small by GE standards, but it’s both profitable and growing. The Aviation business is even better, and investors like that sector, as shown by the performance of stocks like Boeing (NYSE:BA) and RBC Bearings (NASDAQ:ROLL).

So GE could conceivably recover. Its asset sales will improve its balance sheet. From there, a smaller, more nimble GE can drive profits from Aviation and Renewable Energy. And if GE can fix the Power division, it can exceed expectations.

Investors, then, have bid up GE stock because a) they see a path to a turnaround and b) they believe Culp is the right CEO to lead those efforts. Truthfully, I’m not sure those investors are wrong on either front.

But there are two questions after the big, recent rally. The first is GE Capital. A small charge in Q4 almost helped the cause because it suggested that GE was being honest in its accounting (something that hasn’t always been the case) and that there were no more major problems left in that business.

Just a year ago, the company disclosed a $6 billion-plus charge related to its long-term-care-insurance business. Investors have been worried that another proverbial shoe is likely to drop.

Culp, in the Q&A portion of the Q4 call, was asked directly whether there were any more “skeletons in the closet,” and replied that the company was “encouraged” by its “review of the unit.” That said, GE Capital remains an accounting nightmare and it’s far from out of the woods.

The Valuation of GE Stock

The broader issue, however, is valuation. It’s tempting to believe that since GE stock went from $32 to under $7, it can rally back to $32 in time. That’s unlikely to be the case, however. The valuation of the Power business isn’t coming back; even management admitted on the Q4 call that the business has to shrink. GE Capital is much more dangerous than investors realized even 18 months ago.

And after the rally, GE stock really isn’t that cheap. GE’s forward price-earnings multiple of around 11.5 doesn’t seem that onerous. But GE’s earnings have outpaced its cash flow for some time and will continue to do for several years. Its industrial-free-cash flow was just $4.5 billion in 2018, and GE expects it to decline in 2019.

Power will take years to fix. The asset sales will help the balance sheet, but they will undercut its profitability. And GE still is going to have over $80 billion in net debt even after selling many of its better assets (including the Healthcare business).

The turnaround of GE stock could succeed. But it’s going to take years. If the economy turns in the meantime, or if GE stumbles, it will take even longer. And this is a business that’s still generating minimal operating-cash flow and facing significant risks from GE Capital.

Again, I argued in May that General Electric stock was worth $9-$11. I don’t think that any of GE’s recent moves have notably changed that assessment. Meanwhile, Power looks worse than it did nine months ago.

Maybe Culp can find a way to make the company more valuable, but with GE stock just shy of $10, and that value still years away from materializing, I’m not sure investors need to rush to buy GE stock. And I understand why some investors, at least, have rushed to sell General Electric stock.

As of this writing, Vince Martin has no positions in any sec