As was widely expected, the Federal Reserve’s Federal Open Market Committee (FOMC) decided to raise rates by a quarter-point at the conclusion of its June meeting. The federal funds rate target range is now 1.75% to 2.00%.

While the rate hike is certainly the headline news from the meeting, there are several other developments more significant to investors. Specifically, where the Fed sees the economy and interest rates headed. 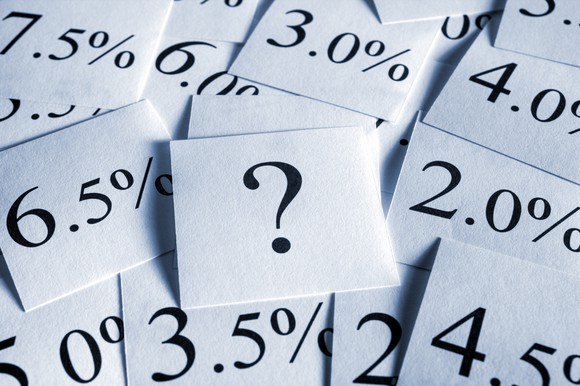 Heading into this meeting, it was unclear whether we would see an additional one or two rate hikes in 2018. At the beginning of the year, it was considered a toss-up as to whether there would be a total of three or four hikes. And going into this meeting, it was still an open question, with the latest futures-market action pointing to a 46.5% chance of a fourth 2018 rate hike.

Now, the FOMC’s dot plot, which shows where the committee’s members see interest rates going in the future, has shifted in favor of four rate hikes this year. This would mean that by the end of 2018, the federal funds rate target range would be 2.25% to 2.50%. The Fed still sees the federal funds rate rising to a peak of 3.4% in 2020 and at 2.9% in the long run.

There are few statements issued by any government agency that are more closely dissected than the one the FOMC issues after its meetings. Investors look for clues that indicate shifts in the Fed’s economic outlook, and therefore, its plans to raise interest rates.

In the current statement, there were a few wording changes worth noting. For example, in the statement after the May meeting, the FOMC called economic growth “moderate,” and now says that it is “rising at a solid rate.” Here are some examples:

The May FOMC Statement Said…

The FOMC has steadily increased its expectations for the economy throughout 2018. For starters, the committee now sees 2018 GDP growth reaching 2.8%, an increase from 2.7% in its March forecast and the 2.5% it saw for this year in December 2017.

Finally, the Fed sees full-year 2018 core inflation at 2%, up from 1.9% previously and right on pace with the committee’s long-term inflation target. The headline inflation forecast, which includes some volatile items like energy, also was raised by 0.1%, to 2.1% for 2018.

What it means to investors

The general takeaway is that while this meeting didn’t produce any big surprises, the Fed’s outlook for the economy continues to get more optimistic, so it’s possible that rates could rise more than the market is currently pricing in.

As interest rates push higher, some areas of the market could do particularly well. Banks, for example, tend to benefit from margin expansion as rates rise. And if rates rise faster and higher than expected, it could be a positive catalyst for bank stocks.

On the other hand, income-based investments like real estate investment trusts and other high-dividend stocks tend to come under pressure as rates rise, so faster-than-expected rate hikes could be a negative in these cases.