An accepted accounting practice is allowing around $13 trillion to 14 trillion of debt to be hidden from global corporate balance sheets, exceeding the roughly $10.7 trillion of declared debt, according to analysts from the Bank for International Settlements.

The culprit? Foreign exchange swaps and forwards, analysts Claudio Borio, Robert McCauley and Patrick McGuire said. These instruments allow money to be borrowed without treating it as debt on corporate balance sheets, muddling the picture of how worldwide obligations.

Corporates use swaps and forwards to effectively borrow and lend money, which can be used to buy foreign securities or assets or hedge exposure to foreign currencies. FX swaps, which mature within a year, are a contractual exchange of two currencies along with an agreed future date and time to switch them back. Forwards, on the other hand, are a contract regarding an exchange at a defined time and price in the future.

Under standard accounting rules, forwards and swaps are treated as derivatives, which means that their net value is what counts, rather than the gross. On the balance sheet this means only the swings in the replacement value for whatever is held in the foreign currency is being recorded, meaning only what is lost or gained through swings in the exchange rate, rather than the full amount.

This makes it very difficult to measure the debt and funding involved, according to the report. The balance sheets show only the final outcome of a series of swap and forward transactions.

To find details, one has to do dive headfirst into the footnotes of filings. This is at the root of the missing debt, according to the BIS. 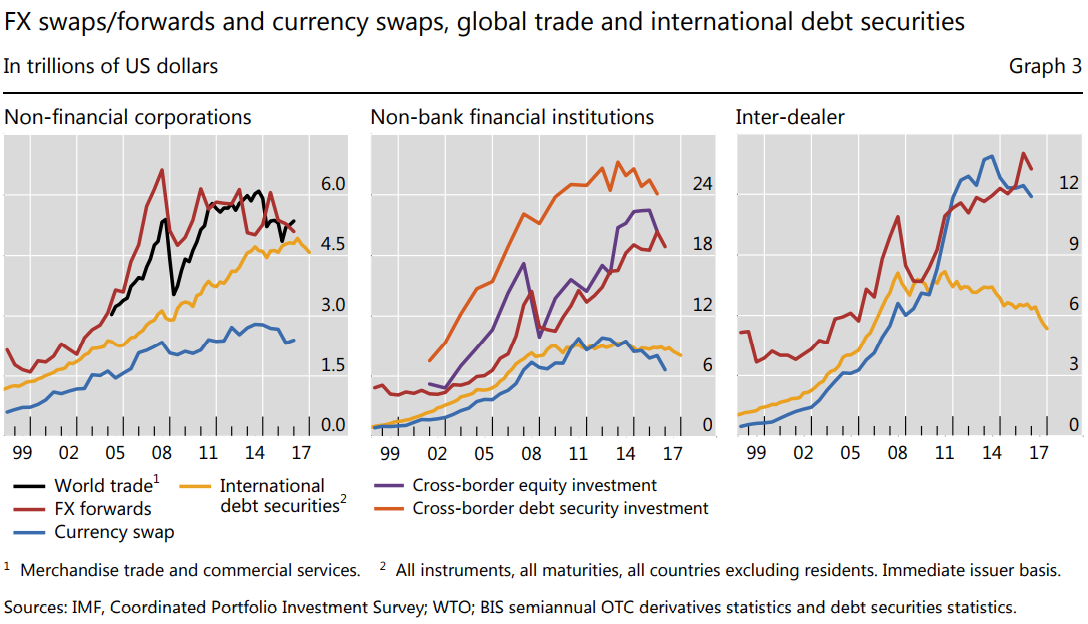 The missing debt amount to some $13-14 trillion. But the implications for financial stability are quite subtle and require an assessment of both currency and maturity mismatches, according to the report.

The problem is, the BIS says, this off-balance sheet debt has to be repaid when due and that in itself poses a risk. But because of accounting conventions, this debt does not appear on the balance sheet: it has gone missing.

Most maturing dollar forwards are probably repaid by a new swap of the currency received for the needed dollars. This new swap rolls the forward over, borrowing dollars to repay dollars, the report goes on to say.

Even so, strains can arise. In particular, the short maturity of most FX swaps and forwards can create big maturity mismatches and hence generate large liquidity demands, especially during times of stress.

Case in point, ahead of the global financial crisis, European banks funded their dollar exposure through interbank loans and FX swaps. But as the meltdown happened, dollar-denominated structured products slumped, causing funding markets to seize and in turn leading to European banks scrambling to get their hands on dollars.

The U.S. dollar
DXY, -0.05%
is the main currency in the swaps and forwards market. One of the biggest participants in dollar swaps in the first quarter of 2017 on the other hand are Japanese banks, according to the BIS, when they were net borrowers of about $1 trillion by way of FX swaps. 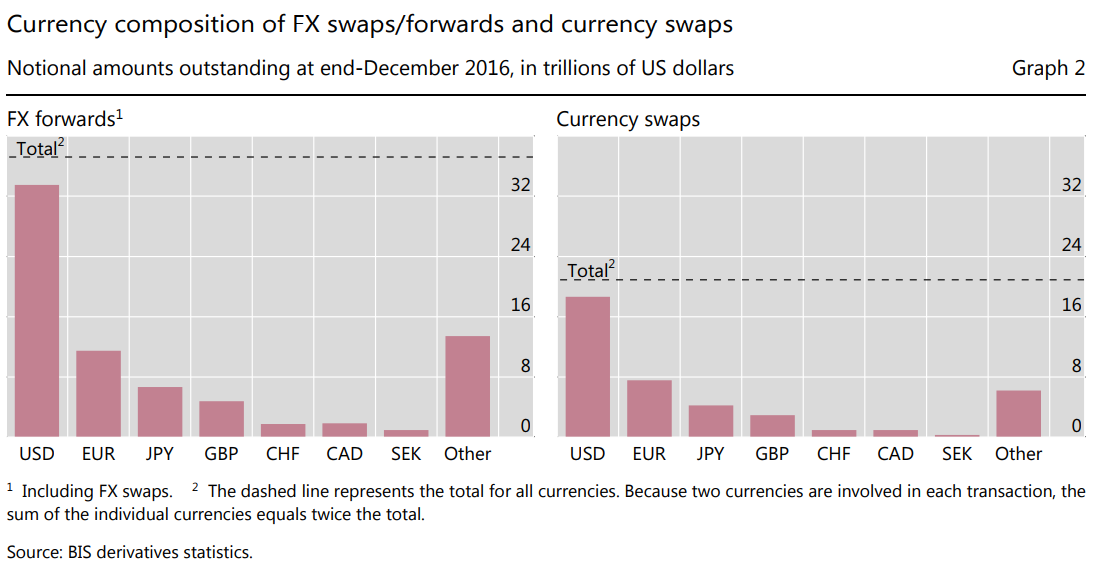