Facebook will now send an alert any time a photo of you is uploaded to the social network — even if you aren’t tagged in it.

The company has used facial recognition since 2010 to suggest who should be tagged in a photo. But now, it feels so confident it can identify your face, it’ll send you a notification when it spots you in any shot.

You’ll only be alerted to photos that allow this feature in its privacy settings.

The move is intended to prevent impersonation, a widespread issue on social media sites. In India, the company has tested a feature to fight the issue by blocking users from downloading profile pictures to pretend they are someone else.

“Our goal in building these features is really to empower people and help them manage their identity on Facebook,” Rob Sherman, Facebook’s deputy chief privacy officer, told CNN Tech. 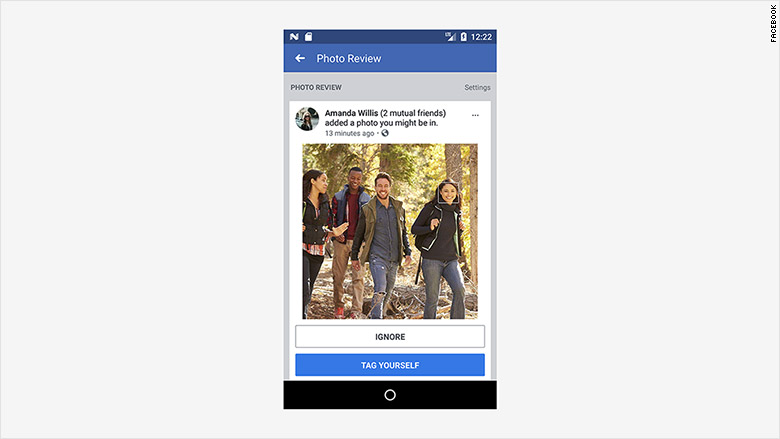 Facebook will now alert you when images that include you are posted on the social network.

“It’s right for consumers to be a little concerned about a company like Facebook using this technology,” John Breyault, vice president at the National Consumers League told CNN Tech. “Hopefully, it’s an opportunity to have more conversations about what facial recognition means for consumers and what safeguards, if any, need to be put in place from a policy perspective.”

Breyault was among the privacy experts Facebook consulted before launching the feature. He recommended transparency about how facial recognition is being used and encouraged Facebook to give users a way to opt out.

Facebook members can message anyone who posts a photo of them and request for it to be taken down. The platform also has a tool that allows users to formally request for content to be removed. Facebook will take down photos that violate its community standards and local laws.

The company told CNN Tech it would not use facial recognition to better target advertisements. However, it will be used to help identify people in photos as part of its accessibility project, which audibly describes photos for people who are blind.

Facebook won’t be using facial recognition in Canada or Europe due to regulatory protections around personal data and privacy.

Facial recognition is becoming more popular in the U.S. Apple’s iPhone X relies on it to unlock the smartphone. Glasses retailer Warby Parker uses it to help match frames with customers’ faces.

Other merchants rely on facial recognition technology to identify when suspected shoplifters enter their stores.

Meanwhile, governments such as Russia are building out camera networks to better take advantage of facial recognition technology. 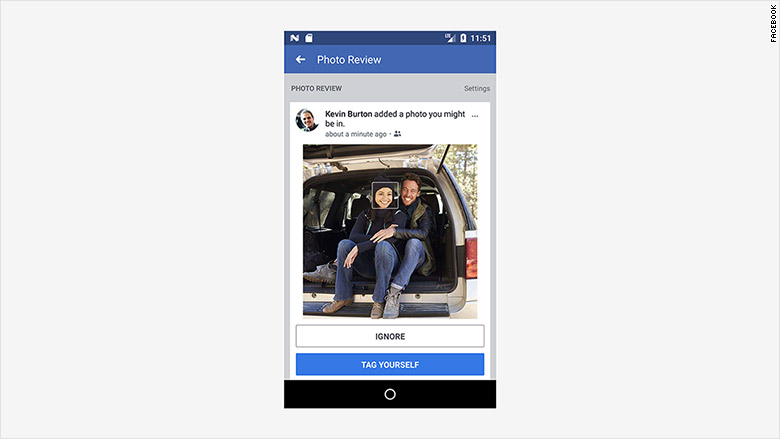 Facebook is expanding its use of facial recognition technology.

If facial recognition becomes a mainstream practice, companies and governments will have to weigh the concerns.

Facebook also announced new tools on Tuesday to prevent unwanted contact on the platform, such as allowing users to ignore a Messenger conversation and move it out of one’s inbox.