Facebook rolled out another big set of changes to its platform on Friday in advance of CEO Mark Zuckerberg’s testimony on Capitol Hill next week.

The social media company will now begin labeling all political and issue ads, and showing who paid for them, and it will require anyone who wants to run a political or issue ad to verify their identity and location.

This marks an expansion of Facebook’s previous plans on this front, when these measures would have applied only to political ads — typically defined as mentioning a specific candidate — but not to ads that only talk about hot-button issues without mentioning candidates.

Facebook says the new labeling will appear on ads later this Spring. 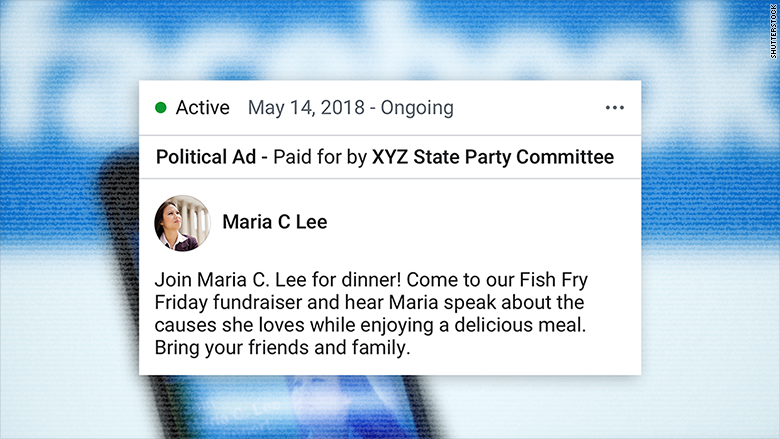 The ads will be put into a searchable database, which will be released in June. The database will include details on how much the ads cost and what kinds of people the advertisers were targeting. Ads will stay in the database for four years.

Facebook is also going to start verifying the people behind large Pages.

“These steps by themselves won’t stop all people trying to game the system. But they will make it a lot harder for anyone to do what the Russians did during the 2016 election and use fake accounts and pages to run ads,” Zuckerberg said in a Facebook post announcing the changes.


To get verified by Facebook, ad-buyers and Page administrators will have to provide the company with a government issued ID and a physical mailing address. Facebook will mail them a letter with a special code to confirm the address. Advertisers will have to tell Facebook which candidate, organization or business they’re representing as well.

The Internet Research Agency, the Kremlin-linked troll farm that has used Facebook and other social media in an attempt to meddle in U.S. politics, created Pages meant to look like they were run by real American activists.


It also ran ads, almost all of which would likely not have qualified as political ads; at least some would likely be considered issue ads, depending on how exactly Facebook defines issue advertising. The company said Friday it is working with unnamed third parties to come up with a list of “key issues,” and that it will update the list over time. It says examples could include pro-life or pro-choice ads, ads relating to the Second Amendment ads, and ads on issues like public infrastructure.

Zuckerberg also said that Facebook would support the Honest Ads Act, a bill currently under consideration in Congress that would extend the political ad rules for TV stations and print publications to online services. Facebook had previously said it was open to regulation, but had not publicly supported the act.

“We know we were slow to pick-up foreign interference in the 2016 US elections. Today’s updates are designed to prevent future abuse in elections,” said Facebook ad executives Rob Goldman and Alex Himel in a separate post.