Herbalife Nutrition (NYSE:HLF) has won its long-running battle with the shorts. Herbalife stock is up 60% since the beginning of 2018, touching an all-time high earlier this month. And most shorts have moved on in the process: less than 10% of HLF stock is sold short at the moment, down from levels that were consistently above 25% as recently as 2017. 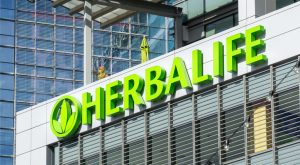 But Herbalife stock is pulling back slightly in trading on Wednesday. HLF is down 2.6% as of this writing after its fourth-quarter earnings report on Tuesday afternoon. The pullback makes some sense. HLF has put many of its risks behind it. It continues to grow earnings. But 2019 guidance isn’t quite as good as investors were hoping for — and with the stock not far off its highs, more was priced in. Herbalife Earnings

Q4 earnings from Herbalife appear relatively in line with overall expectations. Adjusted earnings per share of 63 cents did decline 3% year over year, but the figure came in 2 cents above analyst expectations. Revenue growth of 9% matched the Street consensus, though an early January update from Herbalife had pointed analysts in the right direction.

So, there wasn’t much in the way of surprise — and likely little to change the minds of either bulls or bears. HLF bulls can point to strong performance in both Q4 and for the full year, over which time sales rose 10%. A 30% rise in “volume points” in Asia Pacific during the fourth quarter shows continued improvement in that key Herbalife market.

With regulatory pressure in the U.S. seemingly behind the company, that growth is what matters to Herbalife stock. And the company is delivering.

The one piece of somewhat disappointing news came in terms of 2019 guidance. Herbalife projects EPS of $2.90-$3.10 for 2019. That’s below analyst consensus of $3.20. Currency headwinds may be a factor, however: HLF is guiding for a 22-cent impact on this year’s earnings from the stronger dollar. Including that impact, the midpoint of adjusted EPS guidance suggests less than 1% growth. Backing out those external effects, however, Herbalife earnings (on a non-GAAP basis) should rise more than 8% year over year.

Again, Q4 results and 2019 guidance likely do little to change the mind of investors on either side of the HLF trade. Bulls see continued growth on both the top and bottom line. The smaller, but still-vocal, bearish contingent will point out, as Josh Enomoto did, that the company still is a multi-level marketer (MLM).

Yes, Herbalife settled with U.S. regulators. But foreign entities may have different standards — a potential risk as Herbalife increasingly focuses as international growth. The stronger dollar makes the potential profit for that risk even smaller, at least for U.S. shareholders.

Even the sudden departure of the company’s then-CEO last month can be viewed in different ways. It turned out that Richard Goudis was caught on tape telling an employee in Asia to ignore expense-account limits on entertainment. To bears, this was a sign that the company’s culture, even at the top, was based on skirting the rules.

Yet, Herbalife stock actually touched its all-time high a few weeks after Goudis’ departure, likely in part because traders thought the exit opened up the possibility of a go-private deal. Here, too, both sides viewed the news through their own respective lens.

From here, the HLF battleground looks likely to result in a stalemate after the Q4 report. Bears aren’t going anywhere. Neither are bulls. And the valuation assigned to Herbalife stock looks about right — if not a touch high.

The midpoint of 2019 EPS guidance suggests an 18.8 P/E multiple for HLF. That’s a multiple that assumes some growth — and about what Herbalife is projecting it will post in 2019. From that standpoint, HLF looks reasonably valued.

But there are risks underlying the story here — even if bears have overestimated those risks in the past. Note that other MLMs like Nu Skin Enterprises (NYSE:NUS) and Medifast (NYSE:MED) have taken big hits in recent months. (Medifast admittedly had soared before pulling back by roughly 50%; that stock still is up 89% over the past year.)

In that context, unless HLF’s growth expectations rise over the course of the year, it’s tough to see Herbalife stock clearing $60 again. 20 times $3 per share in earnings looks like a potential ceiling — and suggests just 6.7% returns from this level.

And it’s worth remembering that for the first half of the decade, HLF was a volatile stock — but one that traded mostly sideways. Right now, I’d expect that type of trading to return in 2019 (although, perhaps, in a tighter range given the lower short interest). Q4 results were good, and Herbalife is going to grow. But that’s already priced in. For the next few quarters at least, the movement in HLF is going to come down to whether the company can beat guidance — and whether the bulls can hold off the bears.

As of this writing, Vince Martin has no positions in any securities mentioned.